U.S. House of Representatives to Vote on H.R. 38, the Concealed Carry Reciprocity Act, Next Week 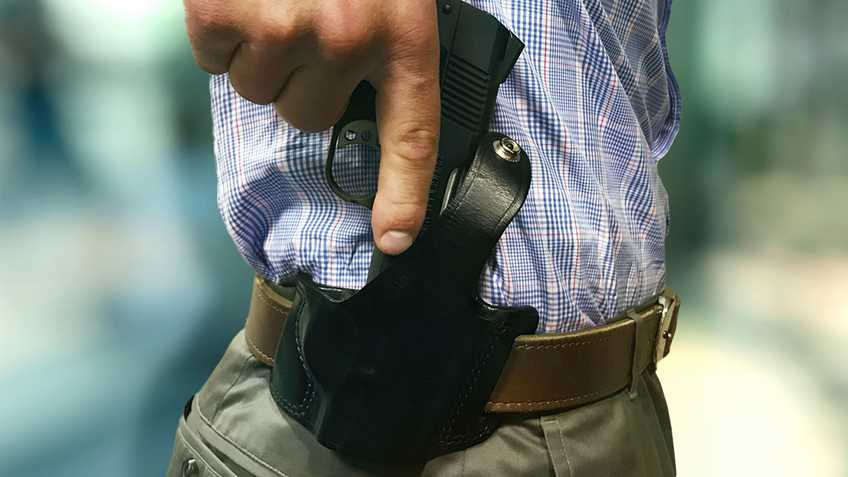 In a huge win for Second Amendment supporters, the U.S. House Judiciary Committee on Wednesday, Nov. 29, held a mark-up of H.R. 38, the Concealed Carry Reciprocity Act, and favorably reported an amended version of the bill to the full House. Anti-gun Democrats on the Committee offered a lengthy list of amendments to weaken or gut the bill, all of which were defeated.

The last 30 years have seen a continual expansion of the right to carry concealed handguns for self-defense within the United States, even as the nationwide violent crime rate has plummeted during the same period.

Every U.S. state now has a legal mechanism whereby its residents may carry concealed handguns, and 42 states and the District of Columbia broadly recognize a right of law-abiding citizens to do so.

Ask Your U.S. Representative to Vote for H.R. 38, the Concealed Carry Reciprocity Act

Please contact your U.S. Representative and ask him or her to vote YES on H.R.38, the Concealed Carry Reciprocity Act of 2017. You can call the congressional switchboard at (202) 224-3121 and ask to be connected to your representative's office.

The remaining eight states, however, treat the right to carry for self-defense as a privilege reserved for the elite, the connected, or those who can “prove” extraordinary circumstances to the licensing officials.

How this minority approach works in places like New York City, for example, is that movie stars such as Robert De Niro and Harvey Keitel can get permits, but a bus driver or waitress who wants to carry in his or her own high-crime neighborhood cannot, no matter how spotless the person’s background. It has also led to allegations of corruption, with “expediters” said to have paid licensing officials thousands of dollars to process permit applications for their clients – including those with histories of domestic violence – without any background checks whatsoever.

Needless to say, these states also refuse to recognize permits from other states or even, in some cases, to issue their own permits to otherwise eligible out-of-state residents.

Anti-gun members of the committee – most of whom have never met an exercise of federal authority they didn’t love – hypocritically tried to portray H.R. 38 as an attack on “states’ rights” and desperately tried to steer the debate to the differences between state licensing laws.

A majority of the committee, however, saw past the charade and recognized that what was really at stake was not the safety of residents in anti-gun states but whether upstanding Americans get to exercise their fundamental right to carry over the wishes of politicians who seek to deny it entirely.

Indeed, anti-gun committee members made many revealing arguments during the lengthy proceedings, displaying both their ignorance and their refusal to accept the bearing of arms as a constitutional right.

Multiple committee members began their attack on the bill by falsely claiming it would prevent police officers from doing their jobs, or even from verifying permits, and that the Fraternal Order of Police (FOP) opposed it. When Committee Chairman Bob Goodlatte (R-VA) corrected the record to explain the FOP does not, in fact, oppose the bill, the anti-gun members pivoted to the argument that groups representing the executive and political classes of law enforcement still did.

They were clearly stung, however, by the fact that the largest national organization of officers working the streets – the very same officers most directly impacted by the legislation – had no opposition to it. And when it comes to support by law enforcement executives, the anti-gun opponents of the bill were dealt another blow when 24 state attorneys general, the chief law-enforcement officers of their respective states, signed onto a letter in support of H.R. 38.

Rep. John Rutherford (R-FL) – who rose through the ranks of the Jacksonville Sheriff’s Office from patrolman to captain – also offered an NRA-supported amendment to make clear what was already implicit in the bill’s language: officers may conduct constitutionally permissible investigative stops. That amendment was adopted by a voice vote, but the bill’s critics remained undeterred.

Ask Your U.S. Representative to Vote for H.R. 38, the Concealed Carry Reciprocity Act

Please contact your U.S. Representative and ask him or her to vote YES on H.R.38, the Concealed Carry Reciprocity Act of 2017. You can call the congressional switchboard at (202) 224-3121 and ask to be connected to your representative's office.

Rep. Jamie Raskin (D-MD), one of the bill’s most vocal and animated opponents, offered a novel interpretation of the Supreme Court’s Heller decision. He allowed it protects the ownership of handguns for self-defense but insisted it only applies to rifles and shotguns used for “hunting” and “recreation.” Raskin denied, moreover, that the bill would protect any constitutional rights and even wasted the committee’s time by offering a childish amendment to change the Act’s short title to reflect his own view of its effect and purpose.

Another telling moment came when Rep. Darrell Issa (R-49) offered an amendment to include federal judges within the protection of the Law Enforcement Officers Safety Act, which since 2004 has allowed qualified active and retired law enforcement officers to carry concealed firearms interstate. Anti-gun committee members immediately launched attacks against the amendment, with their arguments devolving into thinly-veiled attacks on the character and reliability of the judiciary.

When Rep. Issa offered to clarify that the rule would apply only to judges who are not federally prohibited from receiving a firearm and explained that police officers are already covered by similar provisions, Nadler responded that he doesn’t agree with LEOSA as it applies to police officers, either.

A sizeable majority of the committee, however, apparently holds the federal judiciary in greater esteem than Nadler and Lofgren and voted to include them in LEOSA by a margin of 18-6.

Yet perhaps the most eye-popping claim came from none other than Rep. Sheila Jackson Lee (D-TX), who claimed, “if there is a domestic violence case, and there is a gun – 500% chance of there being a homicide.” Lest anybody think she misspoke, Lee repeated the assertion later in the hearing, “if it’s a domestic violence situation, and you have a gun, it’s a 500% chance it’ll end in homicide.”

While these gaffes may be humorous, the situation the bill seeks to prevent is not. Decent, law-abiding Americans – people like Brian Fletcher, Shaneen Allen, Raymond Hughes, Meredith Graves, Ryan Jerome, Jamie Kiklis – have been arrested and thrown into jail for innocent mistakes over concealed carry reciprocity. Other travelers who have been victims of violent attacks were rendered defenseless because of the prohibitive anti-gun laws in a small handful of states.

H.R. 38 simply seeks to shift the law to the side of those who obey the rules so they – and not just the criminals – can exercise what the U.S. Supreme Court called “the right to possess and carry weapons in case of confrontation” in any state where their travels may take them.

Consideration of the Concealed Carry Reciprocity Act by the full House will likely occur next week. Please contact your member of Congress using the Write Your Representatives feature of our website and respectfully urge him or her to vote “yes” on this vital legislation.  You can also call the U.S. Capitol Switchboard at (202) 224-3121 and ask to speak to your representative.

After years of sustained effort by your NRA to see national reciprocity become law, its passage may now be closer than ever. 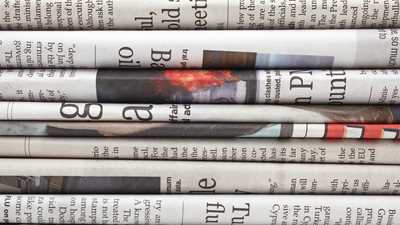