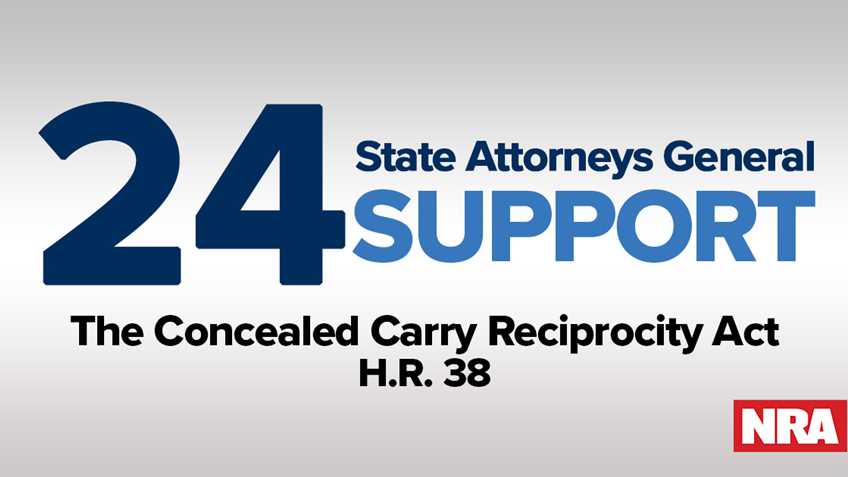 AGs: Will not result in an increased risk of crime.

The letter states that H.R. 38 is a much-needed solution to a problem facing gun owners and poses no threat to public safety.  “The exercise of Congress’s power is particularly warranted in this case because too many states refuse to allow law-abiding visitors to carry concealed firearms. These states leave people without any real option for self-defense. Allowing concealed carry across state lines will not result in an increased risk of crime, as those states that have reciprocal concealed-carry agreements have not encountered any significant safety issues.”

H.R. 38 would eliminate the confusing patchwork of state laws that make it difficult for law-abiding gun owners to travel across the country with their firearms for personal protection. The Concealed Carry Reciprocity Act affirms that law-abiding citizens who are qualified to carry concealed firearms in one state can carry in other states that allow residents to do so.

*Please note: an earlier version of this press release said 23 attorneys general and has since been updated with the recent addition of the Oklahoma attorney general who signed on after the original letter was posted.