Since the U.S. Supreme Court handed down its landmark rulings in District of Columbia v. Heller and McDonald v. Chicago, lower courts across the country have expressed their disagreement with – or downright hostility to – the Second Amendment by distorting or disregarding these rulings to the detriment of gun owners.

Joining this judicial obliteration of the fundamental right to keep and bear arms is a new decision by the U.S. Court of Appeals for the Ninth Circuit, sitting en banc, regarding the extent to which the Second Amendment protects the right of law-abiding Americans to sell and buy firearms.

Reversing an earlier decision of the Ninth Circuit, the court concluded that the Second Amendment does not protect a right of “a proprietor of a commercial establishment to sell firearms. Commerce in firearms is a necessary prerequisite to keeping and possessing arms for self-defense, but the right of gun users to acquire firearms legally is not coextensive with the right of a particular proprietor to sell them.”

The case dates back to 2010, when the plaintiffs, John Teixeira, Steve Nobriga, and Gary Gamaza, decided to open “Valley Guns & Ammo,” a retail business that would sell firearms, ammunition, and gun-related equipment as well as provide firearm training and gunsmith services. They chose a location in Alameda County, California, and began the complex process of obtaining the necessary licenses, permits, and zoning approvals.

A county ordinance prohibited locating a gun store business within 500 feet of a “[r]esidentially zoned district; elementary, middle or high school; pre-school or day care center; other firearms sales business; or liquor stores or establishments in which liquor is served.” The ordinance was ambiguous on how this was to be measured, although planning department staff indicated that the 500-foot zoning requirement would be determined by measuring from the closest door of the proposed business location to the front door of any such disqualifying property. Accordingly, the plaintiffs selected a location where the closest residential property, measured door to door, was 532 feet away and across Interstate 880.

In fact, though, the County chose to measure the 500-foot distance from the closest exterior wall of the building to the closest residential property line rather than from door to door, meaning that the nearest residential property was only 446 feet away from the proposed site. Because of this, the business owners had to seek and obtain a zoning variance, which the appropriate zoning board granted after a public hearing, finding that Interstate 880, as well as other obstructions, prevented “direct traversable access at a distance less than 500 feet from the site to a residentially zoned district.” (This board also found there was a “public need” for the store, and that there was no detrimental public health or safety impact associated with the business.)

Members of the San Lorenzo Village Homes Association objected and appealed the grant of the variance because they were opposed to “guns and their ready availability” and to a gun shop in their community. When their appeal was sustained and the variance revoked, the business owners brought a lawsuit challenging the ordinance as unconstitutional. In support of their claim that the zoning ordinance was impermissible under the Second Amendment, they commissioned a study showing that the application of the 500-foot rule meant “there are no parcels in the unincorporated areas of Alameda County which would be available for firearm retail sales.” The ordinance effectively “red-lined” all new gun stores out of the county.

In 2016, a three-judge panel of the Ninth Circuit, addressing a motion to dismiss the lawsuit, ruled the suit could proceed. It rejected entirely the County’s argument that the Second Amendment does not extend to the commercial sales of arms: “If ‘the right of the people to keep and bear arms’ is to have any force, the people must have a right to acquire the very firearms they are entitled to keep and to bear. Indeed, where a right depends on subsidiary activity, it would make little sense if the right did not extend, at least partly, to such activity as well.” While a government enjoyed “substantial leeway under the Second Amendment to regulate the commercial sale of firearms” through zoning and licensing, there was “no question that an ordinance restricting the commercial sale of firearms” burdened Second Amendment rights, and the County failed to produce any evidence in support of its justification for the ordinance – that a gun store would increase crime in its vicinity. “Just as we have a duty to treat with suspicion governmental encroachments on the right of citizens to engage in political speech or to practice their religion, we must exert equal diligence in ensuring that the right of the people to keep and to bear arms is not undermined by hostile regulatory measures.”

This ruling was vacated and the case was set for rehearing before a larger (en banc) panel of the Ninth Circuit. (The NRA participated by filing an amicus brief together with the California Rifle & Pistol Association.)

In a 9-2 decision on October 10, Teixeira v. County of Alameda, that panel dismissed the lawsuit after concluding that the plaintiffs failed to raise a plausible Second Amendment claim.

While recognizing that “firearms commerce plays an essential role today in the realization of the individual right to possess firearms” recognized in District of Columbia v. Heller, the panel majority nonetheless used language in Heller on presumptively lawful “longstanding” prohibitions on the commercial sale of arms to justify treating sales of guns as distinct from the right of potential firearm buyers to acquire them. A “commercial actor’s ability to enter the firearms market” was completely independent of the ability of individuals to exercise their Second Amendment right to keep and bear arms and had no analogous Second Amendment protection. And, as long as residents could purchase firearms and ammunition anywhere in the county, the court held the ordinance had no adverse impact on the rights of individual buyers and consumers.

Both found fault with the majority’s analysis of the Second Amendment. The reliance on Heller’s language on “longstanding” prohibitions of commercial sales was misplaced – it either didn’t apply to local government restrictions, or required some evidence that the ordinance was itself “longstanding” or in a class of longstanding and similar prohibitions. Pointing out the obvious, both judges found that the Second Amendment right to keep and bear arms necessarily included the indispensable and attendant rights to “buy, service, test, and properly license” firearms. Moreover, Judge Tallman observed the impact of the ordinance could not be “viewed in a vacuum without considering gun restrictions in California as a whole,” where the ordinance added to the already “burdensome” California laws on firearm acquisition, ownership, carrying, and possession.

This ruling is not just a problem for California gun owners. The majority’s decision “inflicts yet another wound on our precious constitutional right,” one that “perpetuates our continuing infringement on the fundamental right of gun owners enshrined in the Second Amendment.” These cases, as Judge Tallman warned, “continue to slowly carve away the fundamental right to keep and bear arms. Today’s decision further lacerates the Second Amendment, deepens the wound, and resembles the Death by a Thousand Cuts.” 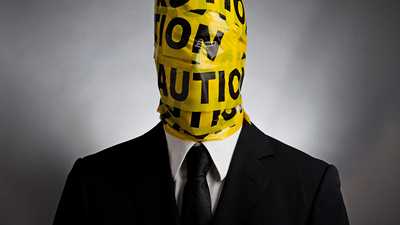