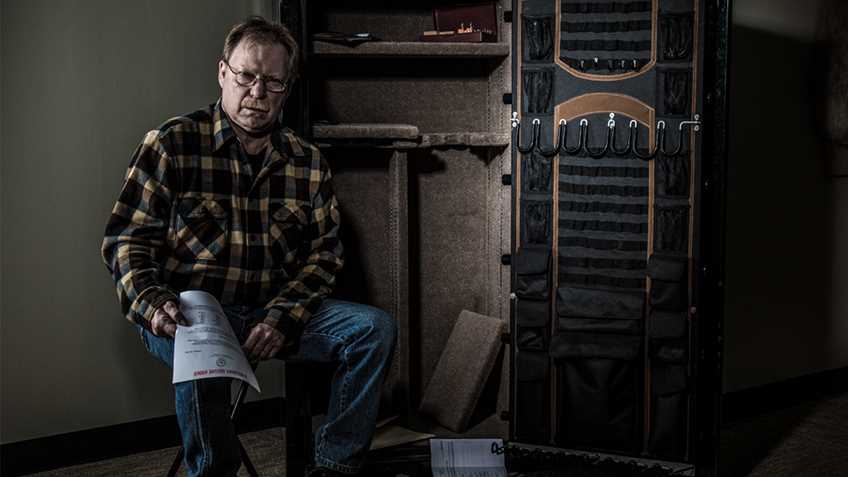 I recently wrote about my optimism for the eventual passage of substantial pro-gun legislation in Congress. No one who has worked in Washington, D.C., for any length of time has any illusions about the difficulties and dysfunctions of Capitol Hill. But I've never come up short betting on the ability of NRA members to set things right.

And as much as I honestly believe in our chances for success, I'm equally motivated by an unwillingness to accept what the alternative would look like should America follow the lead of other "Western democracies'' and turn its back on the fundamental right of self-defense.

Imagine this. You see police lights flashing in your driveway shortly before 10 p.m. Your heart grows cold. You're a veteran. You've never had any trouble with the law. You regard the police the same way you regard your brothers and sisters in the military, as guardians of peace and order. You fear you're about to get tragic news about a loved one and hurry to meet the deputies in the driveway.

But no. They show you some sort of official document. It has your name on it but with different Social Security numbers in different places. It says things about you that aren't true, that you're a "mental defective" and that you're prohibited from having guns.

The deputies came because state law requires you to register your handguns with the state; now you've been flagged as a prohibited person because your registry record was cross-matched with a hospital record.

Something you never thought could happen in America is suddenly happening to you. The state-without warning-has come to seize your firearms.

You explain to the deputies that this is a mistake, that you've never been under any sort of mental health care. You never attended any hearing. The atmosphere grows tense as the officers demand that you show them where your guns are stored ... all of them.

You're 70 years old. You served your country honorably in Vietnam. And now those who weren't even born when you were risking your life to preserve freedom for all Americans are demanding that you surrender your rights and property because of a document issued without your knowledge or your ability to contest the accusations against you.

It's no use protesting. The deputies are simply there to execute the order. And they're not leaving until they get what they came for ... your guns.

This may sound like a far-fetched nightmare. But for Don Hall of Taberg, N.Y., this scenario was all too real.

His story was told in detail in a July 31 posting at the Syracuse.com news website.

Hall's ordeal did not end when the deputies took his six firearms.

The next day he launched his own investigation to determine what went wrong. He contacted a lawyer, who told him that even if the state had committed the error of mistaken identity, it would be up to Hall to prove the bureaucracy wrong. "I was guilty until I could prove myself innocent:' Hall told Syracuse.com. "They don't tell you why or what you supposedly did.”

Hall went from one hospital to the next, gathering affidavits to prove he had not been treated for mental health issues. Eventually, with his lawyer's help, he was able to convince a county judge of the mistake. He had been confused, apparently, with a different person. But even then, Hall was initially told by authorities that he would only get his handguns back. His long guns, he was informed, were going to be turned over to a gun shop, with no reason given.

But Hall's lawyer echoed his concerns about how New York's gun seizure system turns normal constitutional rules on their head. “I’m surprised [the seizure order] sailed through the way it did with a man who has a spotless record,” Hall's attorney told Syracuse.com. "To me, presumption of innocence is the foundation of our system, and this provision [allowing for seizure of guns on the basis of cross-matched records] doesn't allow for that.

As Hall's story illustrates, we don't have to guess what a "post-Second Amendment" America would look like. Day after day, we see examples of how some in authority not only ignore the Second Amendment as a civil liberty but suspend other principles of law, constitutionality, and even basic fair play to deprive upstanding Americans of their right to keep and bear arms.

How about the state forcing you to choose between your guns and your children? According to a lawsuit filed in July in a Michigan federal court, anti-gun bureaucrats at the state's Department of Health and Human Services (MDHHS) are subjecting gun-owning adoptive and foster parents to that very choice.

The plaintiffs in the lawsuit include William Johnson, a disabled veteran of the U.S. Marine Corps, and his wife, Jill. The Johnsons were asked by the state to serve as foster parents for their grandson.

According to the complaint, when the Johnsons arrived to pick up the child at an MDHHS facility, William (a Michigan concealed-carry licensee) was searched and ordered to produce his concealed-carry license, even though he wasn't carrying a gun. It also says he was told by caseworkers he would have to provide them with the serial numbers of all of his guns.

The complaint alleges that both MDHHS caseworkers and ·a judge involved with the placement told the Johnsons that as a condition of fostering the child, they would have to surrender certain constitutional rights, including the right to have an accessible, loaded firearm inside or outside of their home.

The complaint quotes the judge as stating at the placement hearing, "We know we are violating numerous constitutional rights here, but if you do not comply, we will remove the boy from your home:' Likewise, the Johnsons claim, MDHHS caseworkers told them "there would not be a power struggle, that they would just take his grandson and place him in a foster home.”

Then there's the case of Christine Panzella, a resident of Nassau County, N.Y., who tried ·to enforce a court-ordered child support order against her ex-husband, who responded by obtaining a temporary "order of protection'' against her. Even though the temporary order was issued without a hearing and did not mention firearms, deputies later arrived at her home and demanded she surrender every gun in the residence, including one that belonged to her fiancé.

Eventually, Panzella's ex-husband withdrew the order, and the matter was dismissed by the court. But when she tried to reacquire her firearms, the county refused to relinquish them. Panzella, they said, would have to obtain a court order compelling their return. But the county went further, insisting that the Family Court only had authority to order the surrender of firearms (although that did not actually happen in Panzella's case), not the corresponding authority to compel their return. In short, the court said they could take the guns, but not give them back.

Nassau County maintained its Kafkaesque position all the way to the U.S. Court of Appeals for the 2nd Circuit. That court did not grant Panzella relief, but it at least affirmed that she was entitled to a due process hearing on the county's retention of the guns and that the county would have the burden of showing it had lawful grounds for doing so. Meanwhile, it's been more than five years since the original, legally dubious seizure. Five years fighting to get her guns back.

In America, it should go without saying that when the state seizes someone's property, it should bear the burden of showing it has the legal authority to do so.

But some officials evidently don't think this rule applies when it comes to firearms.

And for others, you simply do not have the right to keep and bear arms and remain a foster parent for your own grandchildren.

Fortunately, these incidents are still rare enough to invoke outrage. But it's a chilling thought that their perpetrators think they can get away with such things in America.

Left to their own-devices, they would. And in stories untold, perhaps they do.

All of which underscores the importance of safeguarding the Second Amendment. Because no matter who is in the White House or in Congress, the seeds of freedom's demise are already planted in innumerable bureaucracies throughout the country. Only with eternal vigilance and a dedication to preserving our rights can we ensure that such travesties do not become an everyday occurrence in our nation.