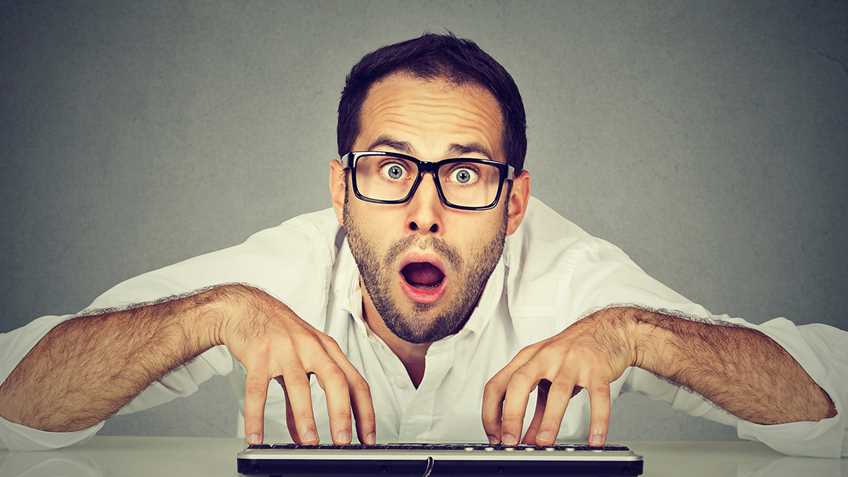 Dana Milbank is not a serious journalist. A former White House correspondent for the Washington Post, Milbank now writes what can be characterized as a humor column for the paper. Within these confines, one might expect a relaxed journalistic standard. However, a recent Milbank column concerning the Sportsmen's Heritage and Recreational Enhancement (SHARE) Act reveals the troubling amount of error and laziness the Post is willing to tolerate from their writers.

The SHARE Act - which was approved by the House Committee on Natural Resources this week - is a package of several legislative provisions that promotes the shooting sports and protects Americans’ Second Amendment rights. Some of its most important provisions address suppressor regulation, the importation and regulation of certain types of firearms and ammunition, hunting and shooting opportunities on public lands, Right-to-Carry on public lands, and interstate transportation of firearms.

In attacking the Hearing Protection Act, which would place firearms suppressors under the same regulatory scheme as modern firearms, Milbank wrote,

The uninformed might suspect that silencers are used by people who want to fire weapons without being caught by cops or observed by witnesses. But more and more hunters are finding that conventional earplugs and muffs are not adequate for today’s weapons

The Post’s own fact checkers have already debunked the myths about suppressors that Milbank alludes to in this sarcastic passage. In fact, Milbank’s statement about criminals using suppressors to evade detection bears a striking resemblance to a misleading tweet from Sen. Kirsten Gillibrand (D-N.Y.) that the Post addressed in its fact-checking article.

Gillibrand wrote, “When someone gets shot by a gun with a silencer, it’s quiet. Witnesses might not hear. Police will be less likely to track down the shooter.” Addressing this falsehood, and disposing of the Hollywood-inspired myth about criminals and suppressors, the Post wrote, “although the popular name of this accessory is a silencer, foes of the law such as Gillibrand should not use misleading terms such as ‘quiet’ to describe the sound made by a high-powered weapon with a suppressor attached.”

In the same article, the Post also addressed the efficacy of earplugs versus suppressors. The Post determined, “Certainly the [earplugs and suppressors] in combination would provide better ear protection than one type alone, especially because the [noise reduction rating] of earplugs in regular use is probably overstated.”

It is NRA’s contention that earplugs are effective at reducing hearing damage, but are prone to human error, which reduces their real-world effectiveness. Increased access to suppressors can help to mitigate this problem. Further, a 2011 CDC report determined “The only potentially effective noise control method to reduce students’ or instructors’ noise exposure from gunfire is through the use of noise suppressors that can be attached to the end of the gun barrel.”

Milbank went on to attack the Lawful Purpose and Self-Defense Act, which would correct ATF’s repeated misinterpretations of “sporting purposes” under federal law. In the past, anti-gun presidential administrations have used what has become known as the “sporting purposes” test to restrict the importation of certain types of semi-automatic firearms and to ban popular types of rifle ammunition as “armor piercing.”

Title XVI of the bill, the “Lawful Purpose and Self-Defense Act,” denies the government authority to reclassify bullets as “armor piercing ammunition.” It’s okay if the ammunition pierces body armor, as long as the manufacturer claims the ammo is meant to be used for sport and not for killing people wearing body armor. This provision is particularly timely because a growing percentage of Western grizzlies have been seen in recent years wearing Kevlar vests when they attack schools in Wyoming.

I take personal comfort in Title XI of the sportsmen’s bill, which says that if you can legally own a gun in states with anything-goes gun laws (such as Texas), you can transport that gun through places with restrictive laws (such as Washington, D.C.).

Unfortunately, a few jurisdictions do not follow this federal law and continue to harass traveling gun owners. A provision of the SHARE Act would clarify FOPA’s protections and provide a remedy under which gun owners could sue jurisdictions that violate federal law.

Milbank pokes fun at the Recreational Lands Self-Defense Act, which would ensure that law-abiding gun owners are able to carry on recreational lands under the jurisdiction of the Army Corps of Engineers. Visitors would still be required to comply with laws of the state in which the land is located. The provision would merely align the federal rules for Right-to-Carry in Army Corps of Engineer lands with those already in place for National Parks.

Aside from his attacks on the SHARE Act, Milbank also used his column to take a cheap swipe at Second Amendment attorney and researcher Stephen P. Halbrook, PhD, who participated in this week’s hearing on the legislation. A more honest writer might have referenced Halbrook’s impeccable credentials on the topic of U.S. gun laws. As a litigator, Halbrook has argued multiple gun rights cases before the United States Supreme Court. As a scholar, Halbrook has authored dozens of law review articles and numerous books on gun laws and the Second Amendment. The Supreme Court opinions in both District of Columbia v. Heller and McDonald v. Chicago cite Halbrook’s scholarship.

History shows Milbank holds a deep-seated prejudice against gun rights supporters. In 2010, Milbank penned a column titled, “The NRA, standing up for terrorists’ rights,” which posed the question, “Is the NRA a terrorist organization?” The column attacked NRA for its principled defense of due process and unwillingness to grant Attorney General Eric Holder the unilateral authority to strip Americans’ gun rights; a position also held by the American Civil Liberties Union.

Moreover, Milbank has previously displayed his contempt for sportsmen. In 2006, Milbank mocked sportsmen when he donned a hunter orange vest and cap during an appearance on MSNBC’s Countdown with Keith Olbermann to deride Dick Cheney following the vice president’s involvement in a minor hunting accident.

The Corruption of Public Health