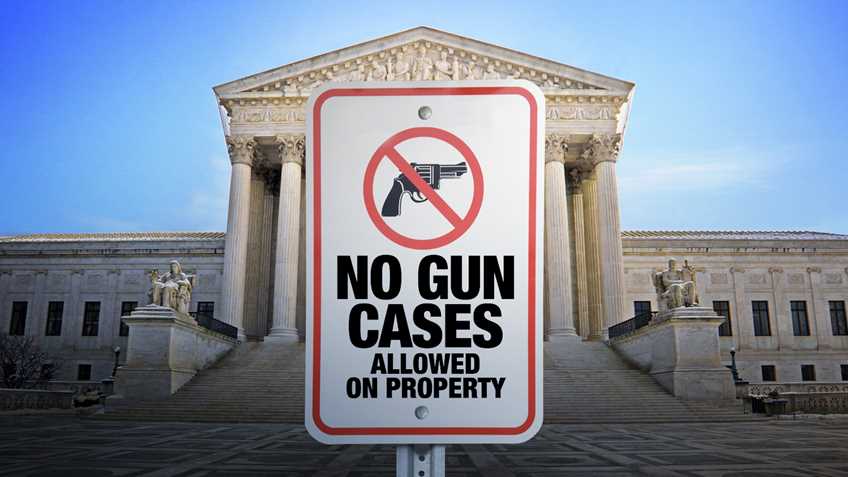 Gun owners received disappointing news on Monday when the U.S. Supreme Court declined to review a decision by the U.S. Court of Appeals for the Ninth Circuit that effectively let stand California’s “may-issue” permitting regime. The upshot of this decision is that law-abiding Californians in many areas of the state will be effectively denied the right to “bear” arms in public for self-defense.

But there was a silver lining to this development as Justice Neil M. Gorsuch – President Trump’s pick to replace the late, great Antonin Scalia – came out strongly in favor of the Second Amendment by joining a dissent from the court’s decision penned by Second Amendment stalwart Justice Clarence Thomas. Gorsuch’s participation in the dissent confirmed that he, unlike so many of his colleagues in the federal judiciary, is indeed prepared to take the Second Amendment seriously.

The underlying case was Peruta v. San Diego. The plaintiffs had complained of being arbitrarily denied concealed carry permits, the only way for law-abiding persons in California to exercise the right to carry loaded, operable firearms in public for self-defense. Each plaintiff met all the qualifications for a permit but one: they could not show an extraordinary need for self-protection that distinguished them from the general population, as required by licensing officials in their counties of residence.

The case therefore presented the court with an opportunity to clearly state whether or not the Second Amendment extends its protections beyond the home. Indeed, the three-judge panel that originally heard the case in the Ninth Circuit recognized that its defining issue was “whether a responsible, law-abiding citizen has a right under the Second Amendment to carry a firearm in public for self-defense.”

The panel answered that question affirmatively, stating: “the Second Amendment does require that the states permit some form of carry for self-defense outside the home.” The panel also noted that it was California’s own decision to make concealed carry permits the only lawful path to do so. It therefore held the plaintiffs could prevail with “a narrow challenge to the San Diego County regulations on concealed carry, rather than a broad challenge to the state-wide ban on open carry ….”

After the panel’s opinion was published, the full Ninth Circuit voted for a larger en banc panel to rehear the case. The en banc decision, however, avoided the real issue presented by the case and held that “the Second Amendment does not preserve or protect a right of a member of the general public to carry concealed firearms in public.” It therefore summarily disposed of the plaintiffs’ claims without confronting the question of whether the Second Amendment applies beyond the home at all.

The Supreme Court majority, as is typical, did not issue an opinion explaining why it refused to review the en banc decision. Its refusal to do so does not, however, represent an endorsement of the Ninth Circuit’s reasoning or holding. As commentators have mentioned, federal appellate and state courts of last resort have come out different ways on the scope of the Second Amendment’s protection for carrying outside the home, and these disparate outcomes are not affected by the Supreme Court’s decision this week. The court may simply have decided, for example, that it did not want the differences between the panel and en banc approaches to the case to cloud the issue presented for its own resolution.

Whatever the majority’s thinking, the opinions of Justices Thomas and Gorsuch came through with vivid clarity in a sharply worded dissent from the decision to pass over the case. “At issue in this case,” Thomas wrote, “is whether [the Second Amendment] protects the right to carry firearms in public for self-defense.” They called the en banc court’s resolution of this issue “indefensible” and “untenable” and asserted it was “not justified by the terms of the complaint, which called into question the State’s regulatory scheme as a whole.” They also opined that that “[h]ad the en banc Ninth Circuit answered the question actually at issue in this case, it likely would have been compelled to reach the opposite result.”

Thomas and Gorsuch additionally chided their judicial colleagues for treating the Second Amendment as a “disfavored right.” Thomas explained:

The Court has not heard argument in a Second Amendment case in over seven years—since March 2, 2010, in McDonald v. Chicago, 561 U. S. 742. Since that time, we have heard argument in, for example, roughly 35 cases where the question presented turned on the meaning of the First Amendment and 25 cases that turned on the meaning of the Fourth Amendment. This discrepancy is inexcusable, especially given how much less developed our jurisprudence is with respect to the Second Amendment as compared to the First and Fourth Amendments.

The dissent also contrasted the plight of the average citizen who must largely provide for his or her own security with that of government elites “who work in marbled halls, guarded constantly by a vigilant and dedicated police force.” The Framers, Thomas wrote, “reserved to all Americans the right to bear arms for self-defense. I do not think we should stand by idly while a State denies its citizens that right, particularly when their very lives may depend on it.”