Pending as S. 1435 and H.R. 3054, both of these bills would apply to items acquired overseas before October 31, 1968.  This legislation would allow for the lawful possession and transfer of historically significant armaments and protect veterans from potential criminal liability for purely technical violations of the law that do not endanger public safety.

Members of the U.S. Armed Forces serving overseas in combat zones have over the years brought home a variety of mementos from their deployments. In some cases, these have included captured firearms of the type that require registration and the payment of a special tax under the NFA. Such legal technicalities, however, were presumably not foremost on the minds of the brave young service persons who had survived the ordeal of war and simply wanted to resume their normal lives in America.

Over the years these firearms have sat harmlessly idle in untold numbers of attics, basements, and barns. For the veterans who owned them and their families, however, these relics represent potent reminders of freedom’s heavy cost.

The NFA normally requires firearms to be registered at their time of their manufacture or transfer. Private possession of unregistered firearms is illegal. Congress passed legislation in 1968 that granted a brief, limited amnesty period to register war trophies, but with the primitive means of communication available at the time, most veterans were unaware of that opportunity or learned too late to take advantage of it. This left very few options for lawful preservation of the affected firearms. Even relatives or heirs who discover these firearms and wish to dispossess themselves of them could face criminal prosecution for their possession.

These bills would allow veterans or their family members to come into full compliance with the law and ensure that these valuable and historically significant items were not lost to future generations. The bills also provide for various means of publicizing the amnesty period, including via the Internet. If the present owner of the firearm proved ineligible to possess it, the bills allow for its transfer to a qualifying museum during the five-year period after it is forfeited to the government. 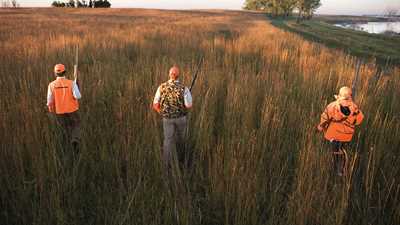