Lawmakers in Providence are nearing the finish line and expect to be wrapping up the 2017 Legislative Session in a few weeks.  This past Tuesday night, the Senate Judiciary Committee held a lengthy hearing on more than a dozen gun bills.  The meeting, which stretched into Wednesday morning, resulted in all the bills being “held for further study.”  That is legislative jargon which means they are still very much alive in the process.  However, it has become obvious that anti-gun groups and their surrogate lawmakers have focused their attention on one issue, domestic violence.

Domestic violence is abhorrent, and convicted violent abusers should be harshly punished.  Last year, the Rhode Island Legislature passed legislation that put state firearm restrictions in place for convicted felons.  That legislation was signed into law and simply brought state law into conformity with existing federal law.  However, this year, anti-gun groups are back pushing a flawed set of domestic violence bills which include misdemeanor offenses and even restraining orders (where there has been no finding of guilt).  There are serious due process concerns and imposing lifetime gun bans on persons without a finding of guilt is very dangerous.  Federal and state law already place severe firearms restrictions on convicted violent abusers.  However, S.405 by Sen. Harold Metts and H.5510 by Rep. Teresa Tanzi could easily result in innocent, law-abiding gun owners having their rights stripped.

This is a critical time of year.  Both chambers typically suspend the rules so that they can quickly pass legislation with little or no warning.  That is why it is critical that you contact your lawmakers now, and make your voice heard.  We have every indication that lawmakers plan to amend and move this package of bills.  Even with the amendments which are being discussed, these bills are unacceptable and lack adequate due process.

Please contact your state Representative and state Senator and respectfully request that they oppose these anti-gun bills masquerading as domestic violence prevention. 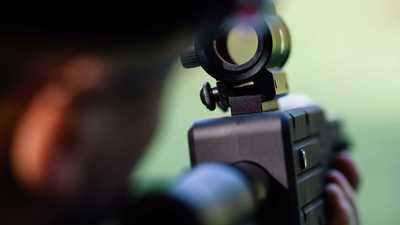