Continuing to Fight in California

We are excited to announce the launch of NRA's new California specific webpage – Stand and Fight California.

On this page you will find updates and information on State Legislation, Legal Affairs, How to Get Involved and much more California specific information.

A Special Message from Wayne LaPierre and Chris W. Cox

While the nation’s law-abiding gun owners continue to celebrate the election of Donald Trump and the retention of a pro-gun majority in Congress, 2016 was a very frustrating year for our firearms freedom in California.  Political and media elites bent on destroying the Second Amendment once again exploited national tragedies to continue their relentless assault on our rights, blaming peaceable gun owners for the crimes of madmen, terrorists, and violent predators.

Of course, we know that restricting the rights of the law-abiding will do nothing to stop terrorism or violent crime.  But for gun control advocates, this isn’t about logic or reason.  It’s about politicizing tragedy to advance their agenda.  Their relentless attack is shameful, but unfortunately, shows no signs of slowing down.

In 2016, their campaign to destroy our freedoms in California started in the legislature, where several anti-gun measures were passed and signed by Governor Brown, an event that became known as “Gunmageddon.”    Then, Gavin Newsom, in a purely self-serving political move to advance his own aspirations for higher office, immediately went to work on convincing voters to say “yes” to Proposition 63 at the ballot box, which largely mirrored the anti-gun restrictions previously enacted by the legislature.  Prop 63 passed with 63% of the vote, and at the same time, an anti-gun supermajority was elected to both chambers of the legislature.

When coupled with the fact that the Governor, Lt. Governor and the newly appointed Attorney General are vehemently anti-gun, we can’t mince words here – our battle to restore freedom in California will be long and difficult.  It will take all of us working together to turn back the tide, but we can’t lose sight of the fact that when we focus on a common objective, NRA and our supporters are the most potent political force in America.

Despite claims to the contrary, NRA has not given up on California.  In fact, nothing could be further from the truth.  NRA has been there every step of the way and will continue to fight for freedom in Sacramento and throughout the state.

NRA’s commitment to California has never been stronger.  Many California gun owners are surprised to learn that NRA-ILA’s only “satellite” office is in Sacramento. Unlike other states, the NRA-ILA California lobbyist and staff live and work not from headquarters in Fairfax, Virginia, but from the Sacramento office.  In addition to this increased lobbying presence, NRA also has three dedicated grassroots staff members in California who work through California’s unique Member Councils, a mechanism that provides a direct nexus between NRA’s members and its executive leadership.

And one need look no further than our California litigation strategy to understand the depths of NRA’s resolve to reverse our losses in the legislature and at the ballot box with case law that recognizes the individual right to keep and bear arms for all Americans, including residents of California. Put simply, NRA spends more on state-level litigation in California, and on behalf of California NRA members, than any other state in the country.  Our litigation strategy includes cases to restore the individual right to carry a firearm outside the home; to repeal California’s bans on the most popular semi-automatic rifles and so-called “large-capacity” magazines; and to block the newly enacted ammunition sales restrictions before they go into effect.

Our opponents’ strategy is not just dishonest, it’s coordinated and well-funded.  In addition to relegating our Second Amendment rights to the dustbin of history, anti-gun zealots want nothing more than a world where law-abiding gun owners lose hope, become apathetic, and simply let each new gun control restriction wash over the landscape without any resistance.

We can’t let that happen.  There’s too much at stake.  All of us must make the commitment to fight back and demand that our rights, our freedoms, are too precious to not be protected for present and future generations.

The NRA stands ready to restore the Second Amendment in California.  But we need the help of every California gun owner to do so.  Renew your NRA membership or upgrade to Life Member or above and consider joining our state affiliate, the California Rifle and Pistol Association.  Visit StandAndFightCalifornia.com to learn all you can do to make a difference right now, today, and then how you can continue to fight in the coming days, months, and years.

Working together, we can protect our firearms freedom from further attacks in California and rebuild our grassroots army to regain freedom lost. 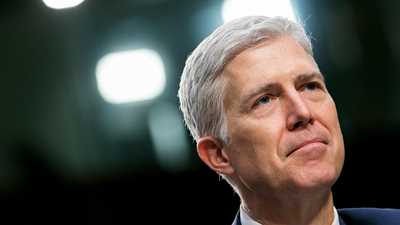