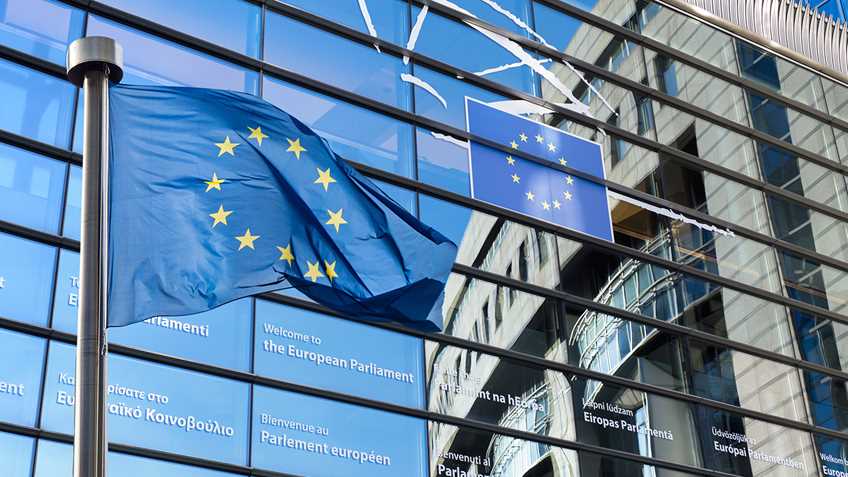 Following the terrorist attacks in Paris on November 13, 2015, the European Union expedited plans to overhaul the Firearms Directive, which sets forth the minimum threshold of gun control that each Member State must enact. Issued November 18, 2015, the draft proposal from the European Commission contained a number of onerous restrictions, most notably a vague ban on commonly-owned semi-automatic firearms.

The initial draft was met with harsh criticism in countries with strong traditions of civilian gun ownership and participation in the shooting sports, such as the Czech Republic, Germany, and Poland. Switzerland and Finland also held concerns that the proposal would impede their national defense, as it could have curtailed the ability of their reservists to train with and possess firearms.

Under the current Firearms Directive, automatic firearms are considered “Category A – Prohibited firearms,” which civilians are generally prohibited from possessing. Semi-automatic firearms are considered “Category B – Firearms subject to authorization,” which civilians are permitted to possess subject to government permission.

The European Parliament’s legislation has curtailed this ambiguous ban. The updated legislation places into Category A, “Automatic firearms which have been converted into semi-automatic firearms,” and, “Semi-automatic long firearms… that can be reduced to a length of less than 60cm without losing functionality by means of a folding or telescoping stock or by a stock that can be removed without using tools.”

It also places the following centerfire semi-automatic firearms into Category A:

(a) short firearms which allow the firing of more than 21 rounds without reloading, if:

(b) long firearms which allow the firing of more than 11 rounds without reloading, if:

Further, a change to Category B explicitly states that Category B (firearms permitted for civilian ownership pursuant to government authorization) includes “Semi-automatic firearms for civilian use which resemble weapons with automatic mechanisms” other than those described above.

Under this regime, an individual is still permitted to possess a semi-automatic firearm like the AR-15, as long as it is not equipped with a magazine with a capacity greater than 10 rounds.

In an attempt to address Switzerland’s concern that it would have to alter the tradition of permitting former members of the Swiss militia system to keep their service rifles upon completing their service, the new legislation specifically exempts Swiss practice from the Category A restriction on firearms converted from automatic to semi-automatic, providing,

Member States applying a military system based on general conscription and having in place over the last 50 years a system of transfer of military firearms to persons leaving the army after fulfilling their military duties may grant to those persons, in their capacity as a target shooter, an authorisation to keep one firearm used during the mandatory military period. The relevant public authority shall transform those firearms into semi-automatic firearms and shall periodically check that the persons using such firearms do not represent a risk to public security.

The new legislation also permits Member States to authorize target shooters to possess the semi-automatic firearms and magazines in Category A. However, to do so the shooter must provide proof that they are “actively practising for or participating in shooting competitions recognised by an officially recognised shooting sports organisation of the Member State concerned or by an internationally established and officially recognised shooting sport federation.”

In addition to moving certain configurations of semi-automatic firearms into Category A, the legislation shifts other types of firearms to new categories.

Under the current Firearms Directive, “Category C — Firearms and weapons subject to declaration” consists primarily of single-shot rifles and certain types of shotguns. To possess a Category C firearm, the possessor must declare to their government that they have the firearm. Single–shot shotguns fall under Category D and are not subject to restriction.

The legislation to alter the Firearms Directive removes Category D, moving the types of firearms covered by the category into Category C. Therefore, under the new legislation, possession of all firearms will be subject to some form of government oversight.

Further, the new legislation makes clear that any firearm “that has been converted to firing blanks, irritants, other active substances or pyrotechnic rounds or into a salute or acoustic weapon,” remains within its initial category for regulatory purposes.

The new legislation changes the licensing (authorization) requirements for acquisition and possession of firearms.

The legislation imposes significant new requirements for the marking of firearms in order to facilitate an onerous registration scheme.

Any firearm or “essential component” – including frames, upper and lower receivers, slides, cylinders, barrels, bolts, and breech blocks– must be “provided with a clear, permanent and unique marking.” The European Commission is tasked with “establishing technical specifications for the marking.”

Member States are also required to create a comprehensive firearms registration database that the legislation describes as a “data-filing system [that] shall record all information relating to firearms which is needed in order to trace and identify those firearms.”

ensure that the record of firearms and the essential components, including the related personal data, is retained in the data-filing systems by the competent authorities for a period of 30 years after the destruction of the firearms or essential components in question.

In order to populate this registry, Member States are required to make sure “dealers and brokers established in their territory report transactions involving firearms or essential components without undue delay to the national competent authorities,” and that “dealers and brokers have an electronic connection to those authorities for such reporting purposes and that the data-filing systems are updated immediately upon receipt of information concerning such transactions.”

The legislation to change the Firearms Directive was under the jurisdiction of the European Parliament’s Committee on the Internal Market and Consumer Protection, chaired by UK MEP Vicky Ford. During debate on the legislation, Ford noted that “This negotiation has been a long and difficult process.” Ford, who has previously been critical of the European Commission’s original draft proposal, also took one last opportunity to denounce the bureaucratic body, stating, “It’s unfortunate that the original proposal came with so many failings from the Commission.”

The Czech Republic has been among the most outspoken opponents of further EU gun controls, and this opposition continued right up to the European Parliament’s vote. During debate, Czech representatives continued to advocate for the rights of their countrymen, with Czech MEPs Dita Charanzova and Jiri Mastalka rising to challenge the efficacy of legislation that would burden gun owners but do little to curb criminal conduct.

Even with the carve-out for their reservists, some Swiss politicians have registered their opposition to the passage of this legislation, pointing out the bill’s magazine restrictions for criticism. The Swiss Shooting Federation issued a strong repudiation of the legislation, pointing out that the country rejected further gun control in a national referendum in 2011. The Swiss are not members of the EU but would be bound to follow the directive as part of their relationship with the transnational bloc.

Still, some of the EU’s most ardent gun controllers didn’t think the new restrictions went far enough. Sweden’s Bodil Valero of the Greens/European Free Alliance contended that the legislation was “a step in the right direction on gun control,” but that, “we would have liked to have been able to secure sharper rules on medical background checks and regulation of large magazines.” Sweden’s Anna Maria Corazza Bildt of the European People’s Party mischaracterized the attack on gun ownership, contending that the parliament had “strengthened security in Europe without restricting the freedom of law-abiding citizens in their spare time.”

Swiss to Vote on Implementation of EU Gun Controls