Bloomberg’s Gun Control Legislation Could Be Resuscitated at the Roundhouse

HB 548 Emerges as a Possible Last-Ditch Attempt to Re-Brand Failed HB 50; Will Be Heard in Committee THIS Saturday!

With just a little over a week left in the New Mexico legislative session, lawmakers are working around the clock, and measures are being scheduled with little notice to the public, transparency is at a minimum and the potential for shenanigans grows with each passing hour.

Your NRA-ILA has learned that this Saturday, March 11, at 9:00am, the House Judiciary Committee will hold a public hearing on House Bill 548, sponsored by state Representative Stephanie Garcia Richard (D-Los Alamos).  HB 548 is what’s called a “dummy” bill – a blank measure filed with no set language to be used in case of emergency, such as when her original gun control bill, HB 50, has failed to advance.

HB 548 could be the latest version of an anti-gun measure that New York billionaire Michael Bloomberg and his national gun control organizations are trying to force on the Land of Enchantment.  It is critical that you contact committee members, as well as your State Representative, and urge them to OPPOSE HB 548 if it becomes a vehicle for gun restrictions!  And, if at all possible, make plans to attend this hearing in Room 309 of the Roundhouse in Santa Fe on Saturday at 9:00am.  New Mexico gun owners and sportsmen must show that they won’t be fooled by any attempt to re-brand and re-write a gun control measure being pushed primarily by out-of-state interests.

The original version of HB 50, a near-universal ban on private firearms sales and temporary loans or transfers, was so unpopular with lawmakers that it was sent back from the House floor to the House Judiciary Committee.  It has languished there for over a month.  But we noted how desperate the advocates for HB 50 are to pass anything and warned you that the language in the measure could be watered-down in an attempt to muster the votes to pass it late in the session or amended into another bill altogether.  It looks like that’s the route they plan on taking in hopes it will fool you or unsuspecting lawmakers!

While the language of HB 548 is not available to the public at the time this alert goes out, we believe it could focus on requiring that all online firearms sales and transfers which take place at gun shows be conducted through a federal firearm licensed dealer (FFL), which would involve extensive paperwork, a background check and undetermined fee.  Even if you never plan to buy a firearm at a gun show or through online advertising, here’s why you need to contact your lawmakers and urge them to OPPOSE HB 548 if it contains this language:

Again, please contact members of the House Judiciary Committee and your state Representative and urge them to OPPOSE House Bill 548 if it contains firearm restrictions when it comes up for a vote. 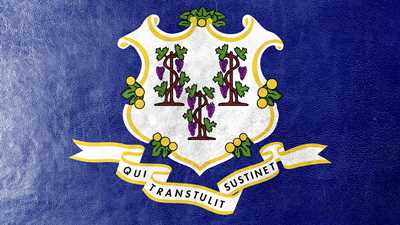