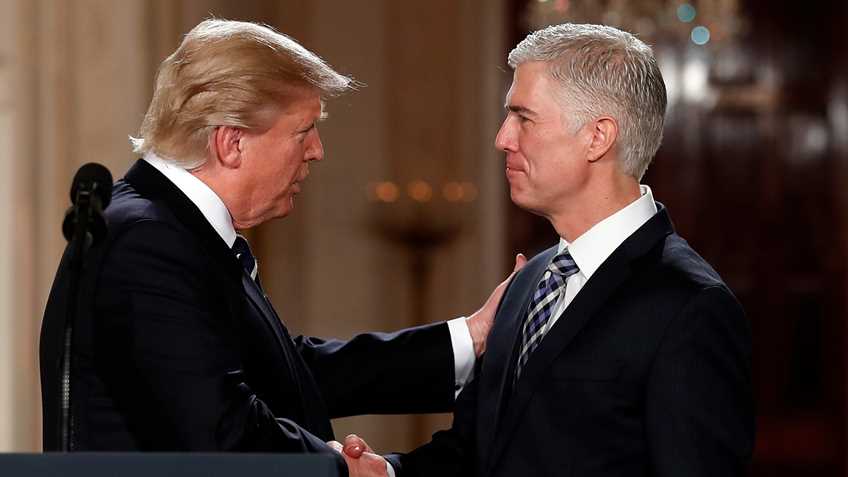 This week, President Trump kept one of his most important campaign promises by nominating an originalist judge – Neil Gorsuch – to fill the Supreme Court vacancy left by Justice Antonin Scalia’s death last February. Scalia was the court’s foremost practitioner of originalism and textualism, judicial philosophies that seek to resolve constitutional questions by reference to the language of the document, as publicly understood at the time of its enactment.

This approach led Scalia to author the historic opinion in District of Columbia v. Heller, which confirmed that the Second Amendment protects an individual right to keep and bear arms for defensive purposes.

Judge Gorsuch’s embrace of originalism is a bulwark for our Second Amendment rights.  When given the opportunity to consider the matter in his professional capacity, Judge Gorsuch has made clear that he understands the importance of the right to keep and bear arms.

In a case concerning a technical question of what the government must prove to establish a violation of the Gun Control Act, Judge Gorsuch noted that the “Second Amendment protects an individual's right to own firearms and may not be infringed lightly.” His statements in that case strongly indicate that he would hold the government to a high standard before allowing it to strip someone of the right to keep and bear arms.

It’s hardly a secret that many in the federal judiciary have not shown the Second Amendment the respect it deserves. Justice Thomas, another originalist on the Supreme Court noted as much in 2015 when dissenting from the court’s refusal to hear a Second Amendment challenge to a San Francisco ordinance requiring firearms in the home to be kept locked away or disabled with a trigger lock. “Despite the clarity with which we described the Second Amendment’s core protection for the right of self-defense,” Thomas wrote, “lower courts, including the ones here, have failed to protect it.”

Opposition to Judge Gorsuch’s confirmation has already started amongst gun control supporters, and they are once again proving that dishonesty is no impediment in pursuing their agenda. Addressing Judge Gorsuch’s nomination, House Minority Leader Nancy Pelosi claimed that Judge Gorsuch favors “felons over gun safety.”  This claim was nothing more than a desperate attempt to smear the distinguished jurist, which is why it has already been found to be false by the fact-checking (and left-leaning) website Politifact.

Disappointed supporters of Hillary Clinton are wailing, gnashing their teeth, and vowing to obstruct Judge Gorsuch’s confirmation. Their tactics, as usual, are heavy on hysteria and short on facts or reason.

Yet both sides understood that the 2016 presidential election was largely a referendum on the future direction of the U.S. Supreme Court.  The American people spoke loudly and clearly in favor of respecting the original meaning of the Constitution. The Senate should therefore do its sworn duty and swiftly confirm Judge Gorsuch to the U.S. Supreme Court.