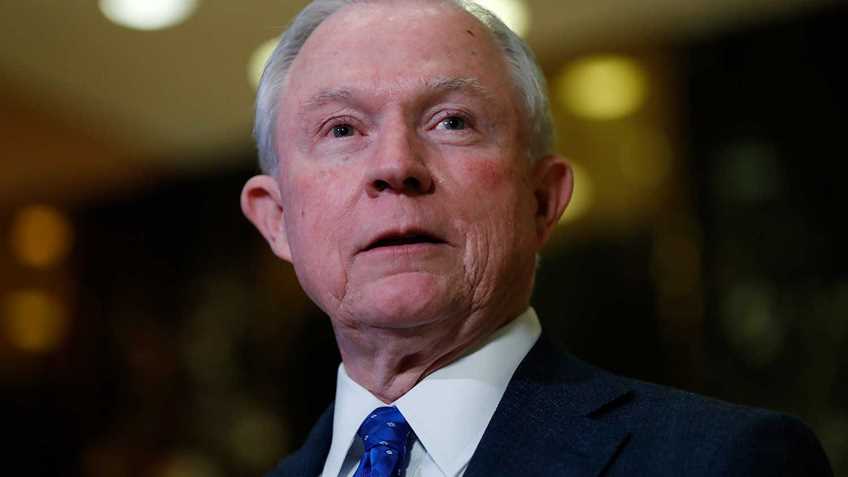 Unlike his predecessors, Jeff Sessions knows that law-abiding gun owners are not the problem.

For the last eight years, Americans who care about the Second Amendment and our right to self-defense have faced an administration intent on dismantling those freedoms. The gun control lobby, funded by billionaires like Michael Bloomberg, tried to turn the 2016 election into a referendum on the Second Amendment — and they lost. Now, due in no small part to the efforts of the National Rifle Association and our members, law-abiding gun owners can look forward to a president who respects our rights. In that regard, we should all be happy about President-elect Donald Trump’s nomination of Sen. Jeff Sessions to be the next attorney general.

Eric Holder and Loretta Lynch's politicization of the Department of Justice over the last eight years will not be reversed overnight. But in Jeff Sessions, we can look forward to an attorney general who will focus the Department's attention on prosecuting violent criminals and getting them off our streets. He will make our cities and communities safer.

Unlike his predecessors, Sessions knows that law-abiding gun owners are not the problem. He strongly supports our Second Amendment freedoms and will work tirelessly to protect them. This is in marked contrast to Holder and Lynch, who constantly attacked America's gun owners. Operation Choke Point, for example, was an organized effort to suffocate legitimate firearms retailers by denying them banking services. And who can forget Operation Fast and Furious, the gunrunning probe that allowed thousands of weapons to flow across the border into Mexico and end up in the hands of drug cartels?

The office of attorney general is of the utmost importance. This position is head of both the FBI and the Bureau of Alcohol, Tobacco, Firearms and Explosives, the agencies tasked with enforcing federal gun laws. Over the last 10 years, America saw a dramatic decline in the number of federal firearms convictions – by nearly 35%. What’s more, President Obama pardoned criminals imprisoned for gun crimes.

Sessions has repeatedly called out anti-gun lawmakers for this hypocrisy. For decades, he has focused on the need to enforce existing laws, rather than pushing for new regulations that only affect the law-abiding. He is a constitutional lawyer with a deep understanding of the law, who believes in a justice system that is fair and equitable to all Americans.

Throughout his time in the U.S. Senate, Jeff Sessions has been a strong leader for our rights. In 2005, for example, Sessions argued on the Senate floor for passage of the Protection of Lawful Commerce of Arms Act, to protect firearms manufacturers from predatory lawsuits. In addition, he led the charge against the U.S. Supreme Courtnominations of Sonia Sotomayor and Elena Kagan, both of whom had anti-Second Amendment records.

Sessions has voted to prohibit firearms confiscation during a declared state of emergency, and has opposed bans on America's most popular firearms, calling them “the essence of gun ownership today.” He has also voted in favor of a national right-to-carry amendment, which would remove the confusing patchwork of state gun laws that often ensnare law abiding gun owners when they travel from state to state.

Finally, and importantly, Sessions supports programs such as Project Exile, which ensure that violent criminals who misuse firearms are sent to federal prison. When implemented in Richmond, Virginia back in the 1990's, Project Exile caused the crime rate in that city to fall dramatically. Sessions knows what he is talking about. As a U.S. Attorney, Sessions prosecuted criminals who used guns.

Sessions’ strong record in support of Second Amendment rights and his focus on prosecuting violent criminals make him the right person to serve as our next attorney general. All Americans should support his nomination, and encourage their U.S. senators to do likewise.