Earlier this week, a federal appellate court provided yet another reminder of the importance of the courts in defining the contours of Second Amendment rights following District of Columbia v. Heller (2008).

In the first case to assess the validity of firearm purchase waiting periods, the United States Court of Appeals for the Ninth Circuit approved California’s mandatory ten-day waiting period as applied to gun buyers who are already documented as having a valid Carry Concealed Weapon (CCW) license or a state-issued Certificate of Eligibility, or who are lawfully in possession of at least one firearm.

California law requires any person who purchases a gun to wait a minimum of ten 24-hour days between the time of purchase and delivery, unless one of the statutory exceptions applies (for instance, dealer-to-dealer transfers, law enforcement transactions, or dealer sales to out-of-state residents). The “common sense” rationale advanced by the government is public safety – the wait time purportedly gives the State the necessary time to perform additional checks that prevent guns from getting into the hands of criminals, and imposes a “cooling off” period for persons who would otherwise commit impulsive acts of violence or self-harm.

Gun owners and gun-rights groups argued that in this case, the law was nothing more than a “wait for waiting’s sake.” The “cooling off” justification was irrelevant with respect to already-existing gun owners and holders of a valid COE (a certificate attesting that the person is eligible to possess or purchase a gun), and those with a CCW (a group statistically very unlikely to engage in acts of gun violence). As noted in a “friend of the court” brief filed by the Crime Prevention Research Center, there were no studies or evidence before the court that showed “waiting periods … reduce violent crime or suicides” or, more to the point, showed that a ten-day waiting period, when applied to the three categories of gun buyers, had any of the claimed public safety benefits.

The government’s other concern underlying the waiting period – to prevent acquisition of guns by recently ineligible persons – was misplaced because the California Attorney General maintains an online database, the Armed and Prohibited Persons System (APPS), compiled for the purpose of identifying persons who own or possess guns and who subsequently become prohibited from such ownership or possession. APPS information is continually updated and immediately available to determine a person’s status as armed and prohibited.

For the classes of buyers represented in this lawsuit, the impact of the law was to interfere with property rights, increase the expense and inconvenience of acquiring a firearm, and impede the exercise of fundamental Second Amendment rights.

Following a bench trial, Judge Anthony Ishii of the United States District Court for the Eastern District of California agreed, concluding that the waiting period unconstitutionally violated the Second Amendment rights of the specified kinds of buyers. The State failed to show that the law either fell outside the scope of Second Amendment protections as historically understood, or that it fit within one of several categories of longstanding regulations that were “presumptively lawful” based on Heller. There were “no laws in existence at or near 1791 or 1868 that imposed a waiting period of any duration between the time of purchase and the time of possession” so as to show such restrictions were historically understood as not impinging on the Second Amendment. The court held, also, that the wait period did not qualify as either longstanding or as an accepted commercial regulation of sale. Simply pointing to the fact that California has had a form of waiting period since 1923 was “not enough.”

Next, using intermediate scrutiny analysis (whether there was a “reasonable fit” between the means chosen by the government and its stated public safety objectives), the court determined the law was excessive or overbroad. Delaying a sale for the full ten days despite the earlier completion of the background check “in case” some additional information on the purchaser came in was “unduly speculative and anecdotal,” particularly in light of the “safety net,” the APPS system. There was no evidence that a “cooling off” period prevented impulsive acts of violence by individuals who already possessed a firearm. Likewise, applying the waiting period to every gun sale for purposes of investigating possible “straw” purchases, “in the absence of any reason to suspect that a straw purchase is in fact occurring, is too overbroad.”

The State of California appealed.

This week, in Silvester v. Harris, a unanimous Ninth Circuit reversed and upheld the waiting period as a “reasonable precaution” applicable to all purchasers. The court assumed that the law was not a “presumptively lawful” regulation or one historically outside the Second Amendment and proceeded to evaluate (and uphold) the law using intermediate scrutiny. There was no substantial burden on gun rights because the wait period didn’t prevent anyone from owning a gun, and the “actual effect” of the law on buyers was “very small” (a “brief delay”). The same broad and lenient brush was used to paint the “reasonable fit” between the government objectives and the means. The law furthered the “common sense understanding” that a person’s violent or suicidal urges might dissipate in time; a waiting period’s deterrent effect would apply even to existing gun owners, who might be buying an upgraded weapon with which to achieve their criminal purposes. According to the court, the law’s overall effect was “to require individuals to stop and think before being able to use a firearm,” which might be logical if the law somehow regulated use instead of purchase.

This case provides a useful illustration of the incremental “creep” that occurs once a gun-control law gets passed. California’s first waiting period was a law that imposed an overnight wait period for handgun purchases only, and codified in 1953 as part of the California Penal Code. Two years later, the handgun waiting period was expanded from one day to three days. In 1965, the wait period was again extended, from three days to five, and was extended yet again, ten years later, to 15 days (but reduced to ten days in 1996 because faster processing of background checks was available). In 1991, the wait period was expanded to apply to all gun sales, not just handgun purchases.

This year, Californians voted to extend the background check requirement to the acquisition of ammunition, along with new restrictions on ammunition sales. While this measure lacks a waiting period element, it’s likely only a matter of time before California proposes a waiting period for ammunition sales, based on the same kind of speculative reasoning and weak “public safety” justifications found to be sufficient in the Silvester appeal. 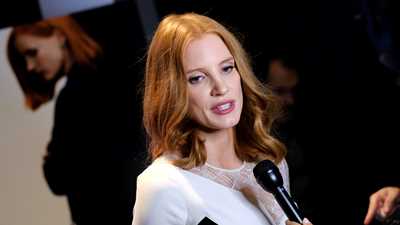