Saddling Citizens With “All Hat, No Cattle” Laws

Our Texas friends have a saying about big talk but no substance: “all hat but no cattle.”

Many of you will recall that the Washington State’s “background check” initiative, I-594, in 2013 was touted as closing a “gap” in the law that legally allowed criminals and other dangerous people to go to private sellers to acquire guns “with no background check and no questions asked.” I-594, proponents argued, was an effective and easy way to keep “firearms out of dangerous hands” and would make “a huge difference when it comes to the rate of gun violence in a state.”

The NRA opposed I-594 on the grounds that the law wouldn’t stop criminals from obtaining guns and instead would create “a huge, unenforceable regulatory scheme which disproportionately burdens” law-abiding citizens and gun owners.

Almost two years since the initiative law took effect on December 4th, 2014, it appears that the first charges for violating the law have now been filed. According to news reports, prosecutors have charged Mark A. Mercado with “unlawful transfer of a firearm.” The allegations are that he transferred or sold a gun to David Nunez, Jr. on November 9, 2015. Nunez apparently transferred the gun to his friend, who used it to kill 17-year-old John Skyler Johnson a day or so later, in a dispute over a car being impounded. Early this year, Nunez and others – not Mercado –were convicted and sentenced for their part in the senseless murder.

This is a tragic illustration of the shortcomings of this initiative law. This law did nothing to stop criminals from getting a gun. No one apart from Mercado appears to have been charged with a crime for violating the initiative law, despite the later “transfer” of the gun by and from Nunez without complying with the background check requirements. And after almost two years, this is the first prosecution that has materialized under this law. In fact, the most significant impact of I-594 remains the burden it places on law-abiding private individuals, saddling them with additional fees, regulatory and paperwork requirements, and with making sense out of the limited and bizarre exemptions in the initiative law.

And yet, gun control groups continue to advocate and sponsor these measures as a viable solution to the “gun violence epidemic.” The proponents of the I-594 failed legislative scheme, the Washington Alliance for Gun Responsibility (WAGR), are now pushing a new “common sense” initiative in Washington State. Like its predecessor, I-1491 is being talked up big as addressing yet another of the “gaps in our law that make it hard to keep guns away from people threatening violence against themselves or others.” Voters in two other states – Maine and Nevada – will decide in November whether to adopt comparable legislation in their states. In addition to their similarity in substance to I-594, the Maine and Nevada proposals, like I-594, are based on initiatives funded by Michael Bloomberg’s Everytown gun-control group.

Voters need to inform themselves about these initiatives and the extent to which the underlying promises and allegations are just another means by which gun control proponents are attempting to restrict firearm possession by law-abiding citizens while offering no real chance of impacting public safety in the short or long run.

Hillary Clinton: "Reasonable" to Require Guns to be Unusable at Home 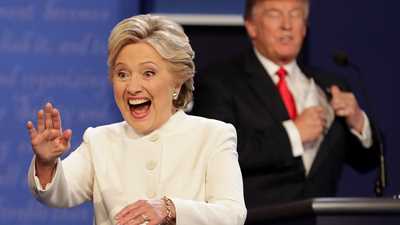