Yesterday, a package of anti-gun bills were introduced in the Michigan Legislature.

House Bill 5996, introduced by state Representative Wittenberg (D-27), would ban the manufacture, possession, purchase, sale and transfer of so-called “assault weapons.”  Additionally, this bill would ban the use of detachable magazines capable of containing more than 10 rounds of ammunition. “Assault weapons,” as defined in the legislation, would encompass the most commonly-owned semi-automatic rifles and handguns.  This bill would do nothing to stop crime or keep firearms out of the hands of criminals.  Instead, it would arbitrarily limit your ability to defend and protect yourself and your loved ones.  Contact your state Representative TODAY and urge them to oppose these anti-gun bills which would arbitrarily restrict your fundamental right to self-defense!  Please click the “Take Action” button below to contact your state Representative!

Semi-automatic rifles, like the AR-15, are the most popular rifles in the United States for home protection, defensive skills-based firearm training and marksmanship competitions.  They’re also increasingly popular among hunters.  Ammunition magazines that hold more than 10 rounds are standard equipment for many handguns and rifles designed for defensive purposes.  They’re commonly used in handguns kept for protection at home and carried for protection away from home.  Furthermore, they’re commonly used in defensive skills-based firearm training and competition.

In addition to HB 5996, the package contained bills that would:

Once again, please contact your state Representative TODAY and urge them to oppose these anti-gun bills which would arbitrarily restrict your fundamental right to self-defense!

Nevada: Editorial: Ballot has 5 questions, we have 4 answers 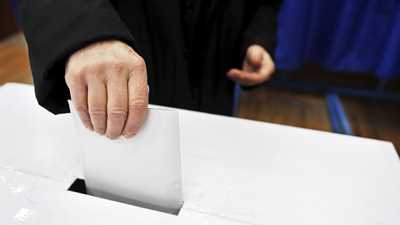