Not The Victim Hillary Needs 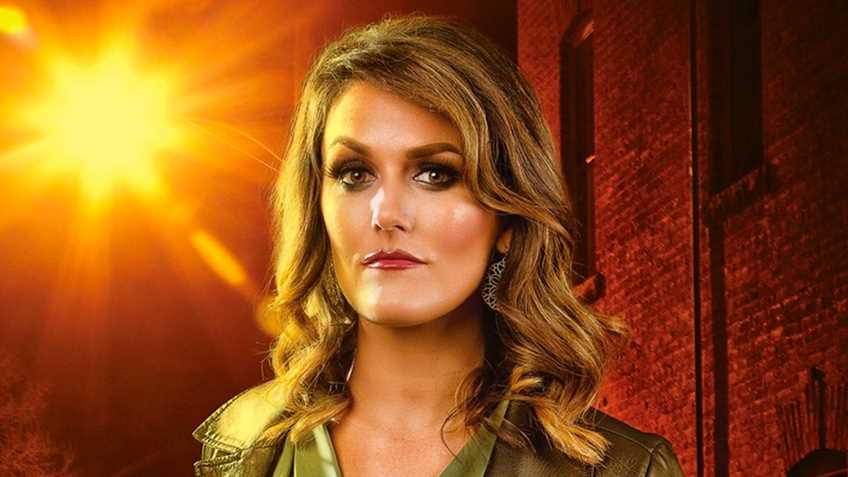 This feature appears in the October ‘16 issue of NRA America’s 1st Freedom, one of the official journals of the National Rifle Association.

“Why can’t everyone just have their DNA on file? Then it would be so much easier to catch this guy.”

Those were my actual words at the age of 20 after a stranger broke into my apartment and raped me.

It seems like common sense, right? It would be so simple. After all, it’s for our safety. Then these things would never happen. All we have to do is give up a small piece of our constitutional rights (which should change with new technology anyway, right?) and then the government could completely protect us from all violent criminals.

If this sounds wildly overreaching, that’s because it is. Yet it made perfect sense to me back in 2006. I had nothing to hide, and hadn’t done anything wrong. In fact, I had just been violently victimized in my own home. My greatest fears were suddenly dire and intimate, and they certainly were not of the government.

When I heard the promise of “hope and change,” I believed that if I were going to advocate further for victims like me, Barack Obama would lead us in that charge. I voted for the candidates I was told were going to save me—to protect me.

I didn’t realize then that I had been the left’s target all along.

You see, I grew up in a non-political, middle-class family and went to public school, then pursued my higher education at a state university—an upbringing similar to millions of other Americans. I never had to experience immense poverty, racial profiling or street gang crime. I was taught right from wrong, to respect authority and to always treat others as I wanted to be treated. Frankly, I lived in a bubble.

But the moment I was labeled as a victim, suddenly I became political fodder. No longer was I Kimberly Corban; instead, I was a pawn to be pursued during an election and ignored once my ballot had been cast. I had stood behind, and vehemently defended, those I believed would in turn defend me. As it turns out,
they didn’t.

Eight years later, I’m willing to admit how wrong I was. I was sold on something that didn’t even exist. Instead, the reality of what actually did exist was detrimental not only to me, but to my family and my country.

I want to speak now to those who are in favor of more restrictive gun control laws.

You are right in wanting to see an end to criminal violence in our country.

In truth, we all want to end victimization. We should be able to agree that each one of us, regardless of our politics, wants to be able to somehow protect our families and our neighbors. We have enough enemies to combat together in this society that we don’t need to be divided over the founding documents of our country. Those documents are exactly what united us in the first place.

And I know, maybe better than most, that you arenot victims—you’re bold, brave and standing up for what you believe. You want to protect others, even if it comes at a personal cost.

So do we who oppose gun control.

This is where I should gracefully say something about all the ways to skin a cat. But (just like I was, before I gave a lot of thoughtful consideration to the true motivation behind crime) you are actually marching behind a banner that does not represent you. In all our hearts, we want to know we are doing the right thing, but there are those who seek power and control who do not share our altruistic intentions. They merely say they do.

Gun control has become so sensationalized that we forget the most important aspect is not the gun, but the “control.” Don’t be fooled, it isn’t the firearm these politicians are trying to control. It’s us—American citizens.

Cynical politicians and the anti-gun media are telling and selling this notion that firearms are to blame for mass shootings and other acts of criminal violence. But I’m asking you—as I wish I could have asked myself years ago—to pause and consider something.

We are a culture of problem solvers—people who won’t allow something we deem unacceptable to overcome us. When we united as colonies, we overthrew the most powerful monarchy of that time. If we are allowed to unite again, we can take care of our problems on our own. We have been divided into Republicans and Democrats, good and evil, white and black, and these definitions are limitations that disallow unity. If we come together, we threaten a power that has been in place since Bill Clinton won the presidential election of 1992. Consider the viral videos of police officers and Black Lives Matter members coming together after the ambush attacks on officers in Dallas.

We should pause and consider who it is that divides us. Do these elites face the hardships, exposure to violent crime and general accountability we all do every single day? How are they threatened when we stand up for our own self-defense?

When I wanted to catch the man who had just raped me, I was willing to sacrifice my privacy and relinquish my fundamental rights for the greater good. I desperately sought to do the right thing and prevent others from also becoming victims. The horror and pain I’d already endured was too agonizing for me to imagine others needlessly suffering as well. I wholeheartedly believed that someone else could save me and others if I handed over my independence in the name of “sensible progress.”

I fell prey to control-hungry politicians and “advocates.” Leaders of this segregating movement want to convince you that a tool is responsible for the deaths of our fellow Americans. They know that it is far easier to pin hate on an inanimate object than it is to place that hate on another human’s heart.

In truth, adding “gun” to their control crusade isn’t simply done to disarm the populace they seek to rule, but also to further pit us against each other. Consequently, here we sit, incapable of authentic, vulnerable conversations, as flames are continuously fanned by the sensation-seeking media that have chosen one side in a fight where they should stay neutral. We all want to achieve the same outcomes. Yet we are thrown into the pits to fight one another instead of holding those we’ve elected to represent us accountable for their actions.

My firearm is merely a representation of what Democratic presidential nominee Hillary Clinton and others are ultimately seeking to eliminate from our great nation when they oppose the Supreme Court ruling in Heller, that Americans have a right to own a gun in their home for self-defense. The true targets are individual independence, accountability and freedom.

I did not arrive where I am today without great personal expense. I have risen from what could have been a life-altering tragedy and, instead, triumphed as a fighter. First I had to become brave enough to stand up for myself, then even braver to stand up for everyone else. I do not allow what happened to me to define who I am, but instead I define myself by what I have chosen to do for others here and now.

I come to you as merely one of millions upon millions of law-abiding American gun owners who are not your enemy, and I ask you to join with us. The men and women of the National Rifle Association were fighting for our rights long before I ever knew I needed them. And now I am proud to be doing the same for you.

This November, I refuse to again vote in favor of being controlled. I was once utterly defenseless at the mercy of a person who felt entitled to my life, and I refuse to allow that to ever happen again.

I am no longer the victim Hillary needs. I am a survivor. And this November, you can be, too.

A lifelong Coloradan, Kimberly Corban’s life was irrevocably changed in 2006 when a stranger broke into her college-area apartment and raped her. Kimberly’s tireless mission then became educating others about the impacts of victimization. In 2016, Kimberly confronted President Barack Obama about his gun control policies on CNN’s nationally televised town hall. Her unwavering voice in the face of adversity earned her praise as “the modern face of gun rights” from some of America’s top politicos. Today Kimberly is a mother to two toddlers and a contributor at Townhall Media. Learn more here, like her on Facebook, and follow her on Twitterand Instagram.