FAIRFAX, Va.— The National Rifle Association's Political Victory Fund (NRA-PVF) this week launched an ad campaign in North Carolina aimed at defeating Deborah Ross in her bid for the U.S. Senate. The seven-figure buy will run on both broadcast and cable television in the Asheville, Charlotte, Greensboro and Wilmington media markets.

Announcer: "Deborah Ross sure is smooth. She promises:"

Announcer: "That's what she says, but that's not how she votes. Defend freedom. Defeat Deborah Ross." 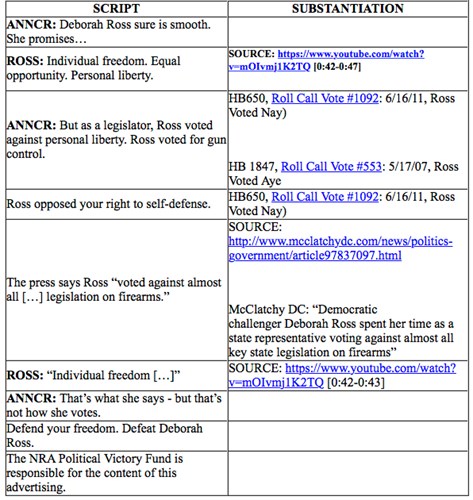