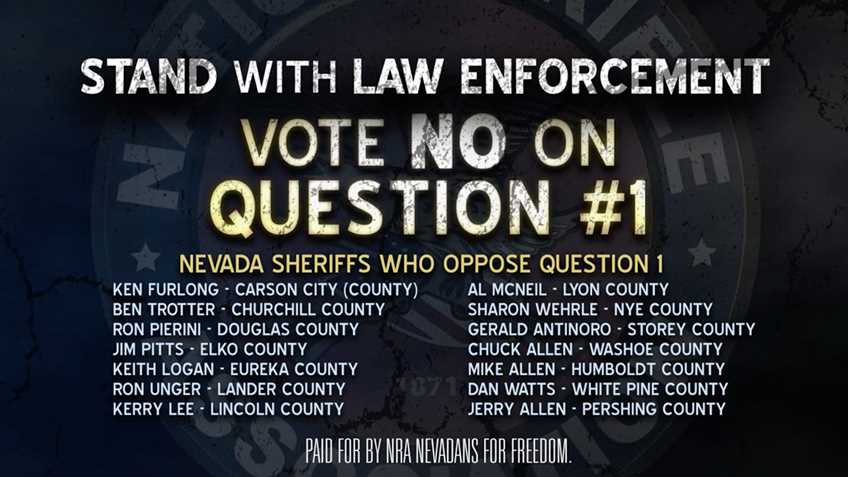 "There is a reason nearly every single sheriff in Nevada opposes the Michael Bloomberg's gun control ballot Question 1," said Robert Uithoven, NRA Nevadans for Freedom campaign director. "Our sheriffs know that it will not make us safer, and will turn law-abiding gun owners into criminals. We urge all Nevadans to stand with law enforcement and oppose Question 1."

"Stand With Law Enforcement" is a seven-figure ad buy.

New York billionaire Bloomberg is trying to drown out Nevadan's voices with a false misinformation campaign.

Under Question 1, many of the common place activities of Nevada’s law-abiding gun owners will be criminalized. For example, if a person were to loan his shotgun to his fiancé, both of them would be required to go to a federally licensed firearms dealer. The fiancé would have to pay a fee for a background check. When finished with the firearm, the couple would both have to return to a federally licensed firearms dealer, pay another fee and undergo another background check. This is the same process a member of the military who gets deployed overseas would have to go through to store his personal firearms with a friend. The initiative provides a self-defense exception for temporary transfers but only if the victim is facing “imminent death or great bodily harm; and . . . lasts only as long as immediately necessary to prevent such imminent death or great bodily harm.” She couldn’t’ borrow a friend’s pistol to protect herself, unless her attacker was literally standing over her about to attack.

Transcript of "Stand With Law Enforcement": 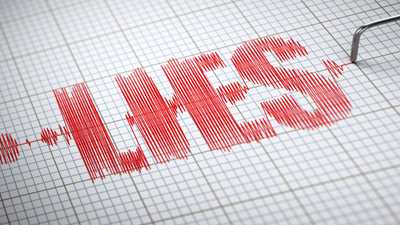