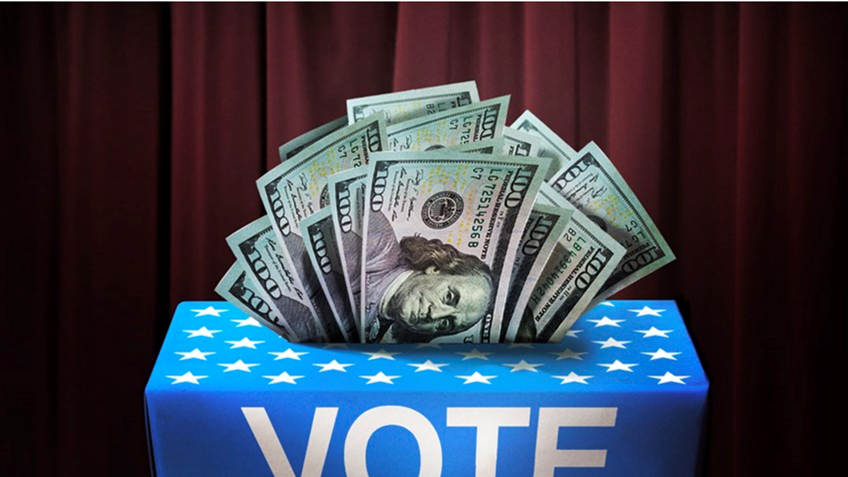 As the Nov. 8 election draws nearer, the battle is heating up for the votes of Nevada and Maine residents concerning restrictive anti-gun ballot initiatives being considered in both states.

In Nevada, gun-control advocates are pushing Question 1, an initiative that would punish law-abiding gun owners but have no effect on criminals or violent crime. A “yes” vote on Question 1 supports requiring all firearm transfers to take place through the agency of a licensed dealer, with both parties present and a background check conducted. Note that this applies to all transfers, not just sales—meaning a Nevada resident wouldn’t be able to gift a treasured heirloom gun to a child without getting an FFL holder involved.

This measure would do much to criminalize otherwise lawful activities by gun owners who do not understand the new restrictions, but there is no indication that they would stop criminals from acquiring guns—especially since arms traffickers tend to rely heavily on straw purchases, in which an individual capable of passing a background check purchases firearms for the purpose of passing them along to criminals.

Members of the National Rifle Association-sponsored grassroots group Nevadans for Freedom have pulled out all stops to get the truth about the ballot initiative, which is being heavily funded by billionaire former NYC Mayor Michael Bloomberg, out to voters in advance of the election.

In a quote given to the Pahrump Valley Times, Nevada grassroots field coordinator at Nevadans for Freedom Keely Hopkins said, "The more you know about question one, the more likely you are to vote against it. We just have to make sure that everyone’s aware of this initiative and they know that it’s not just background checks for private sales. This criminalizes a lot of hunting activities, law-abiding gun uses."

As we’ve reported before, more than half of the county sheriffs in Nevada are opposing the initiative, along with many others in law enforcement. Most recently, Nevada Attorney General Adam Laxalt announced his opposition to Question 1.

“As the state's chief law enforcement officer, I take seriously my duty to ensure that my fellow Nevadans are safe,” Laxalt said. “I have carefully reviewed the Question 1 initiative and have concluded that it would not prevent criminals from obtaining firearms and would instead cost Nevadans time, money and freedom.”

To learn more about Nevada Question 1 and what you can do to help defeat it, visit the VoteNoQuestion1 website by clicking here.

Meanwhile in Maine, Question 3 would make common firearm transfers illegal unless conducted through a federally licensed firearm dealer, absent limited and narrow exceptions (in other words, it would institute so-called “universal” background checks). And Michael Bloomberg has funneled more than $3 million into the initiative that proponents claim promotes gun safety, but would simply be ignored by criminals.

Currently, it is illegal to knowingly sell a firearm to someone who is a prohibited person. Likewise, it is a felony for a prohibited person to buy, own or possess a firearm. However, this initiative seeks to make drastic and unnecessary changes to current laws that will place excessive restrictions on law-abiding citizens rather than addressing the true problems associated with straw purchases and the lack of enforcement of current laws.

Bloomberg’s millions of dollars are going into commercials to try to convince Maine residents that his NYC-style gun control isn’t bad for gun owners. Fortunately, NRA is fighting hard to get out the truth, and public figures in the state are speaking out against Question 3.

In an op-ed at themainewire.com, state Rep. Beth O’Connor explained how the measure isn’t really about crime control—just control in general

“The proponents of this legislation try to make you think you will be safer if there are more laws on the books regarding guns,” O’Connor wrote. “This is absolute rubbish. What these individuals really want is ultimate control, and the only way they can have that control is to disarm the American people. But no one should be subservient to any government entity.”

O’Connor added that people shouldn’t be duped by billionaire Bloomberg’s lies and half-truths, regardless of how much he spends to promote the initiative.

“Frankly, I am tired of combating social purveyors of justice who ignore history and buy the sound bites from individuals like billionaire Michael Bloomberg of New York who has contributed millions to strip you of your rights here in Maine, but here we are with yet another attempt to diminish liberty,” she said. “How Question 3 proponents think this new proposal will curb gun deaths is beyond me. Criminals do not abide by the current laws, and if for one minute you think they will abide by this one, I have a bridge to sell you.”

“This is the never-ending mission of anti-gun groups: to slowly erode our Second Amendment rights to the point where, eventually, we will have to crawl to the government for permission to own a gun …” he wrote of Question 3, adding, “This initiative does nothing to restrict evil people from possessing firearms.”

Nichols continued: “These groups are trying to solve a problem that doesn’t exist. After all, Maine’s violent crime rate is one of the lowest in the country.” He then wrapped up the op-ed with a plea for Maine citizens to vote “no” on the initiative: “My friends, this is not what our forefathers had in mind when they drew up the Second Amendment,” he wrote.

In a late-August speech to the Heritage Policy Center in Portland, Maine, NRA-ILA Executive Director Chris W. Cox explained the dangers of Question 3 to the state’s law-abiding gun owner.

“[Michael Bloomberg] believes he should decide everything from how big a soda you can buy to how much salt you’re allowed to have in your food to what colors are acceptable for the new roof you want to put on your home,” Cox told those gathered. “Now Bloomberg’s pouring millions into trying to make the state of Maine just like New York City when it comes to gun control.”

Cox succinctly summed up the nightmare Maine gun owners could face if Bloomberg wins and Mainers vote for the initiative.

“Friends, if you have to consult a lawyer before loaning a rifle to your cousin during deer season, you aren’t that free,” he said.

To learn more about Maine Question 3 and what you can do to help defeat it, visit the VoteNoQuestion3 website by clicking here.