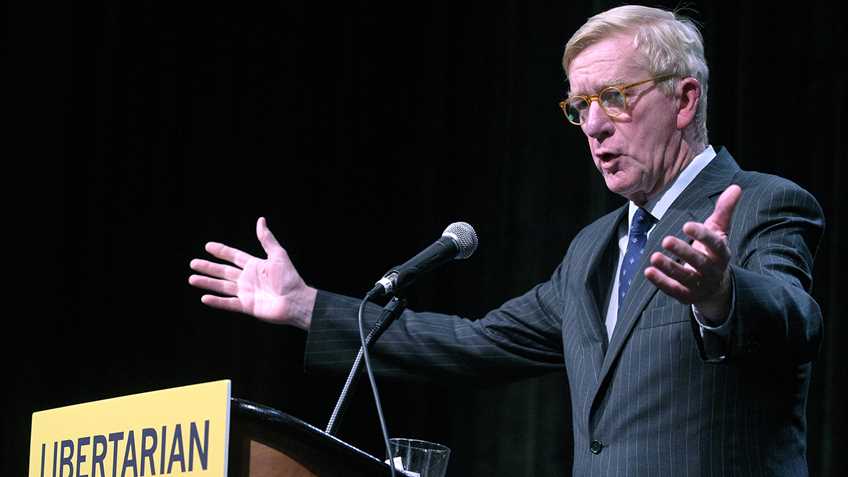 As governor of Massachusetts, William Weld supported various gun control schemes, including a ban on semi-automatic firearms.  Unfortunately, and despite being the Libertarian candidate for vice president, Weld continues his anti-gun ways.

In July 2016, while NRA and other groups concerned with civil liberties were hard at work fighting legislation that would have stripped Americans of their Second Amendment rights without due process based merely on their placement on a secret government watch list, Weld expressed support for such measures.

In an interview with the Washington Post Editorial Board, Weld said of watch list gun control legislation:

I think the Susan Collins stuff looks good. I mean, it's hard for me, uh, having proposed this super-duper task force getting bits of information from all over to say, it wouldn't lie with good grace in my mouth to say 'no, don't use the terrorist watch list as a source of such information.' So I would go with that.

In an August interview with Revolt.tv, Weld reiterated this position. When asked about what can be done “to control this flow of guns,” Weld responded, “you shouldn’t have anybody who’s on a terrorist watch list be able to buy any gun at all.”

At another point in the interview Weld characterized commonly-owned semi-automatic firearms and standard-capacity magazines as potential weapons of mass destruction. Displaying a level of ignorance usually attendant to politicians carrying the endorsement of the Brady Campaign, Weld told the interviewer:

The five-shot rifle, that’s a standard military rifle. The problem is if you attach a clip to it so it can fire more shells and if you remove the pin so that it becomes an automatic weapon. And those are independent criminal offenses. That’s when they become essentially a weapon of mass destruction.

Weld went on to suggest to the interviewer that both handguns and AR-15s are a “problem,” stating, “The problem with handguns is probably even worse than the problem of the AR-15.”

This latest episode reveals that when pressed on firearms issues, despite any assurances he has given to voters, Weld’s political instincts are to abandon gun owners and embrace gun control.