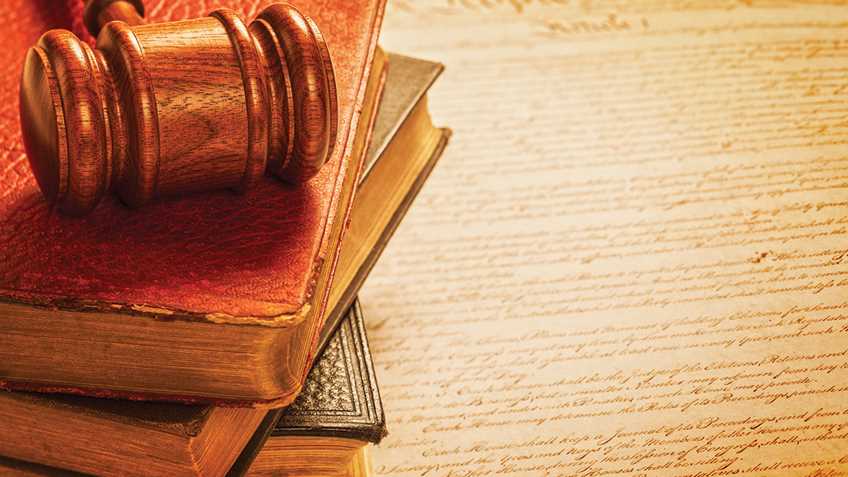 America witnessed a remarkable and telling legislative showdown this week that revolved around a very simple concept underlying American democracy. That concept is due process. Some were willing to discard it for the sake of politics and the illusion of safety. Others were not.

A series of untenable gun control proposals – some which would have placed your Second Amendment rights at the mercy of bureaucratic fiat, black lists, and secret “evidence” – were defeated.

But the degree to which some were willing to abandon foundational principles for short-term and self-serving political gain should serve as a sobering reminder to all that American freedom is not free and that we should never think our government will simply default to it. The Founders understood that, which is why we have a written Constitution and Bill of Rights.

Proponents of gun control tried to portray the showdown as being over those who wanted terrorists to have guns and those who don’t. Sen. Chris Murphy (D-CT), a gun control standard-bearer, disgraced the dignity of his office by claiming “Republicans have decided to sell weapons to ISIS.”

Think about how ridiculous that statement is.

And it becomes all the more ridiculous in light of how strenuously President Obama, who embodies the values and agenda of Murphy’s politics, tried to deflect the blame for the Orlando terrorist attack away from radical Islamic jihad, the asserted basis of the attacker himself.

Obama loyalists desperately tried to portray NRA and the Second Amendment as the culprits in the Orlando attacks. During a series of publicity stunts – including Murphy’s “filibuster” on the Senate Floor and a “sit-in” by members of Congress on the House Floor – America heard again and again that gun control is now a matter of national security.

During times of fear and crisis, it’s easy to forget what we’re about as a country. It’s natural for opportunistic and ambitious politicians to grab more power for themselves. It’s natural for entrenched authority to demonize opposition and try to suppress dissent. We saw all of that this past week.

But America has always tried to be better than that, which is why the Constitution is the supreme law of the land. It is greater than any individual. It is mightier than any institution. And it states that no person shall be “deprived of life, liberty, or property without due process of law ….” Whatever else Obama, Murphy, Sen. Dianne Feinstein (D-CA) and their surrogates in the media tried to make this past week’s contentious legislative efforts about, that’s what was at stake.

The government cannot arbitrarily deny or withhold rights. When someone’s life, liberty, or property is at stake, the person has a right to notice and the opportunity to respond, and the government bears the burden of making its case before a neutral decision-maker as to why its actions are justified. Without these simple principles, we are not a country of laws.

But that was too much for Feinstein, Murphy, and their anti-gun Senate colleagues. They would settle for nothing less than giving bureaucrats the authority to deny gun purchases at will, without any proving of their case. They would not stand (literally, in the case of their House counterparts) to require the government, if it were later sued over the deprivation, to have to prove anything other than a basis for its own “reasonable suspicion” against the individual. The want to let the government, in other words, retroactively rationalize its decision to abolish a fundamental right – not by actually proving a person is somehow a public safety risk because of nexus to terrorism – but by demonstrating it was not “unreasonable” in “suspecting” so at the time.

That’s not due process.

Make no mistake, the NRA does not want terrorists to have legal – or illegal – access to firearms.  NRA members have fought and died in the war on terror so we take a backseat to no one when it comes to national security.

Freedom endured this week in the U.S. Senate, but it would not have been possible without the dedication of NRA members who were willing to stand up and contact their elected officials in the face of this latest threat.  NRA members flooded Congressional switchboards in just a few short days, and it worked.  Your continued vigilance has always been what makes the NRA the strongest civil rights organization in the world.

At the same time, our victory would not have been possible without the Second Amendment leadership of Senators John Cornyn (R-TX) and Chuck Grassley (R-IA).  Both senators introduced legislation to protect the Second Amendment rights of law-abiding gun owners and worked tirelessly against passage of the gun control legislation introduced by Feinstein, Murphy, and others.  We could not have been successful without them.

But let’s be careful to not consider the battle over.  The Senate will remain in session this coming week, so your continued pressure is needed.  Gun control proposals could go well beyond the amendments that were voted on last week, so please contact your U.S. Senators and your U.S. Representative immediately and let them know you oppose any new gun control measures. You can call your lawmakers at 202-224-3121 or click here to Take Action.

Democrats: We Will Overcome the Constitution