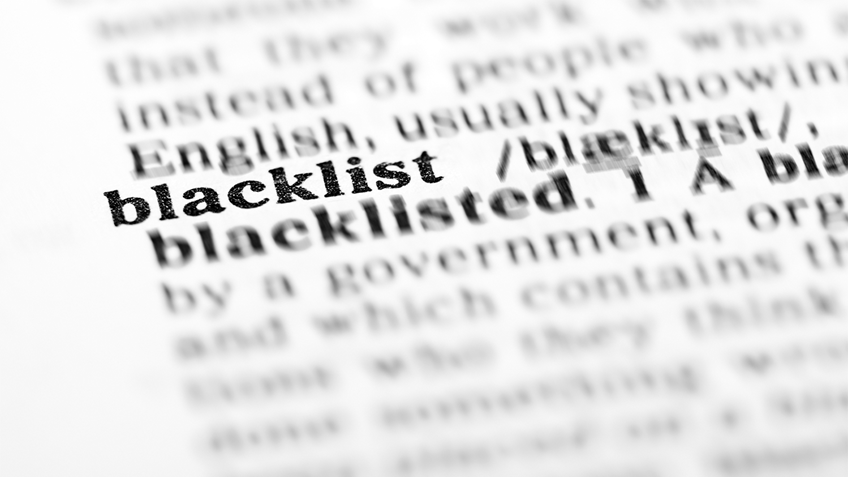 It’s unfortunate that a significant portion of congressional Democrats have embraced a policy that would grant the executive branch the unconstrained power to trample individual rights. In recent weeks, Democratic senators and congressmen carried out a filibuster and a well-catered “sit-in” to advocate for the decidedly illiberal position that American citizens should be denied their constitutional rights based on their inclusion on secret government watch lists with no due process.

It is refreshing to note that even while all this political grandstanding was going on, there have been individuals and organizations typically considered left-of-center that have put aside partisan politics and stood on principle to oppose this unabashed attack on our civil liberties.

In December, as Congress was debating legislation that would have barred individuals who find themselves on government secret watch lists from purchasing firearms, the American Civil Liberties Union registered their forceful opposition to the plan. ACLU National Security Project Director Hina Shamsi explained, “the standards for inclusion on the No Fly List are unconstitutionally vague, and innocent people are blacklisted without a fair process to correct government error.”

Shamsi went on to describe ongoing ACLU litigation over the over inclusive No Fly List.  She noted, “[the government] refuses to provide meaningful notice of the reasons our clients are blacklisted, the basis for those reasons, and a hearing before a neutral decision-maker. Much as before, our clients are left to guess at the government’s case and can’t clear their names. That’s unconstitutional.”

In a portion of her article that should give pause to those who flippantly label those on the list “terrorists,” Shamsi points out that ACLU’s clients include “U.S. military veterans,” while other ACLU materials make the cogent argument that the government’s use of watch lists to deny rights turns the American principle of innocent until proven guilty “on its head.”

On June 20, ACLU Washington Legislative Office Director Karin Johnson and Deputy Director Chris Anders reiterated ACLU’s opposition to using secret government lists to deny gun rights in a letter to senators urging them vote “NO” on the recently proposed legislation. The letter explained, “regulation of firearms and individual gun ownership or use must be consistent with civil liberties principles, such as due process, equal protection, freedom from unlawful searches, and privacy.”

In confronting Sen. Dianne Feinstein’s (D-Calif.) proposal, the letter noted that it “provides no assurance of basic due process safeguards:  full notice of the reasons why a permit was denied and the basis for those reasons, which necessarily requires that secret evidence not be used as the basis for the denial.” The letter also characterized Feinstein’s standards for denial as “vague and overbroad” and that they raise “significant concerns about arbitrary and discriminatory government action.”

ACLU followed up this letter with another on June 22, urging senators to vote against watch list legislation put forward by Sen. Susan Collins (R-Maine). The letter informed lawmakers that the Collins proposal “fails to provide basic due process safeguards and instead would entrench a largely one-sided and secret process that would not result in meaningful judicial review of executive branch decisions.”

Despite the distinct anti-gun bent of the mainstream and left-wing press, articles challenging the watchlist proposals have found their way to print. On June 17, the Washington Post published a piece from civil libertarian Glenn Greenwald that called Democrats to account for abandoning due process. Greenwald wrote, “That Democrats, who once found such due-process-free no-fly lists appalling, now seek in the wake of San Bernardino and Orlando to expand their use to ban gun purchases illustrates how easily terror attacks induce an abandonment of reasoned analysis.”

Greenwald went on to write a piece on this topic for the online publication The Intercept (where he serves as editor), titled, “Democrats’ War on Due Process and Terrorist Fearmongering Long Predate Orlando.” In addition to pointing out the severe problems with the legislation, Greenwald charged Democrats with using “rancid rhetoric” to push the proposals, and of conducting “a fearmongering messaging campaign” that was “exploitative and deceitful.”

Back in December, the Los Angeles Times Editorial Board came out in opposition to restricting gun rights by way of watch list. In an editorial that made clear that they do not agree with the Supreme Court’s 2008 Heller ruling, the board noted, “the United States doesn't generally punish or penalize people unless and until they have been charged and convicted of a crime. In this case, the government would be infringing on a right guaranteed by the U.S. Constitution — and yes, like it or not, the right to buy a gun is a constitutional right according to the U.S. Supreme Court.”

On June 24, Clio Chang of The New Republic challenged the Democrats’ recent gun control efforts. Chang pointed out, “When it comes to gun control, Democrats are willing to suspend civil liberties just to stage an ultimately ineffective publicity stunt.”   And on June 13, left-leaning online magazine Slate published an article by Mark Joseph Stern, titled, “Don’t Tie Gun Control to the Terrorist Watch List.” The item criticized Hillary Clinton and Barack Obama for their support of the watch list gun control proposals and explained, “If the government can revoke your right to access firearms simply because it has decided to place you on a secret, notoriously inaccurate list, it could presumably restrict your other rights in a similar manner.”

While these individuals, organizations, and media outlets do not necessarily share the same level of respect for Second Amendment rights as NRA and our members, their opposition to the current unconstitutional watch list proposals is welcome. Hopefully anti-gun Democrats contemplating the use of secret, flawed, and impenetrable government lists to extinguish constitutional rights with no due process protections will consider the diverse and principled opposition to these proposals, and listen for a change.

Bloomberg Moms Claim Eddie Eagle Message as Their Own 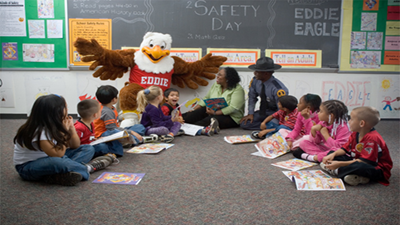