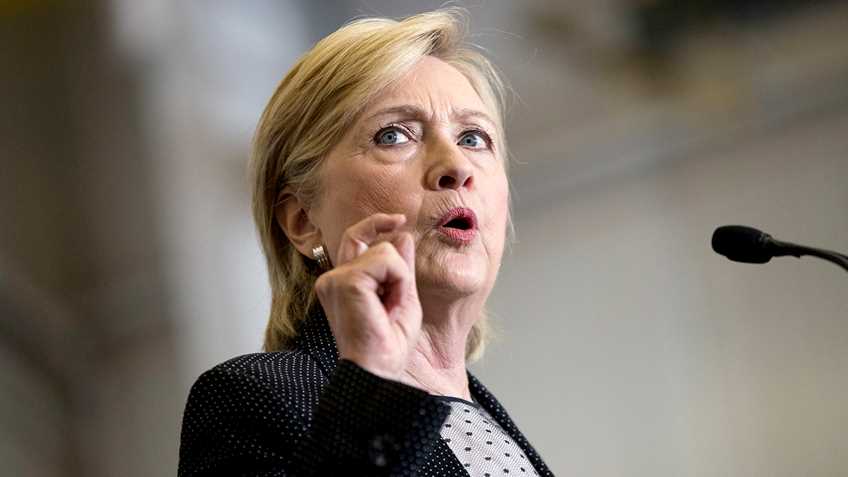 This is the state of “journalism” today. Members of the media who desperately want Hillary Clinton to be elected president are stooping to unprecedented lows, abandoning all pretenses of impartiality, forfeiting whatever remnant of credibility they might otherwise have, trying to prevent voters from realizing that Hillary Clinton fundamentally opposes the individual right to keep and bear arms.

The Washington Post, to single out one of the worst in this regard, is worried that voters agree with Republican presidential candidate Donald Trump that if Clinton were elected, she would “essentially abolish the Second Amendment.”

In the Post’s latest editorial attacking Trump, the newspaper says that Clinton doesn’t want to “essentially abolish the Second Amendment,” but merely supports “rudimentary safety measures,” such as banning “assault weapons and large-capacity magazines” and requiring a background check on every transfer of a firearm between two people who are not firearm dealers.

Knowing that Clinton has also supported licensing gun owners, registering guns, and prohibiting the sale of firearms other than so-called “smart” guns, the newspaper says that Clinton’s presidential anti-gun agenda should also include “requiring all gun owners to be licensed” and requiring “fingerprint readers and other safety devices on guns sold in the United States.”

The reason the Post offers for claiming that Clinton doesn’t want to “essentially abolish the Second Amendment” is that Clinton, while expressing support for a variety of gun control restrictions, including gun bans, hasn’t called for the amendment to be repealed.

However, as Charles C.W. Cooke writes, “As anybody with an elementary understanding of American law comprehends, one does not need to call [a constitutional] convention in order to effectively remove a provision from the Constitution.”

Cooke explains what it would mean, if Clinton were elected and appointed even one anti-gun judge to the Supreme Court, and thereafter the Court overturned the Heller decision and declared that the amendment doesn’t protect an individual right to keep and bear arms.

“Should Hillary get her way, that right would disappear (at least legally), and the government would be freed up to make any policy choice it wished — up to and including a total ban. Who can say with a straight face that this wouldn’t be ‘essentially abolish the Second Amendment’? Who can claim without laughing that a reversal of Heller wouldn’t render the right a dead letter? On this one, Trump is absolutely correct.”

As we noted in October, Clinton has said that the Supreme Court’s decision in District of Columbia v. Heller (2008) was “wrong,” and as we noted in June, Clinton has also said that it was “a terrible ruling.” When asked on national television “do you believe that . . . an individual’s right to bear arms is a constitutional right,” Clinton refused to answer. She said only that the right “is subject to reasonable regulations,” and implied that “reasonable” would allow for every onerous gun law that came down the pike before Heller, including the handgun bans of the District of Columbia and Chicago, “assault weapon” and magazine bans in several states, and prohibitions on the carrying of firearms for protection, just to name a few.

Politfact North Carolina goes one step further than the Post to protect Clinton. In response to an NRA ad, which says that Clinton “doesn’t believe in your right to keep a gun at home for self-defense,” Politifact says that while “Clinton criticized the [Supreme Court’s] Heller decision,” she “never mentions anything about self-defense or individual rights. Instead, she is criticizing another aspect of the ruling, regarding the government’s ability to regulate guns.” To justify this false and peculiar contention, Politifact—we are not kidding—points out that Clinton opposes the open carrying of rifles in public without a permit.

Maybe Politifact never read the Heller decision. The only other possibility is that it is deliberately lying to its readers. That is because Heller wasn’t concerned with the open carrying of a rifle with a permit or, for that matter, the open or concealed carrying of any firearm with or without a permit in public. Heller was concerned with one thing and one thing alone, stated in the very first sentence of the late Justice Antonin Scalia’s majority opinion in the case: “We consider whether a District of Columbia prohibition on the possession of usable handguns in the home violates the Second Amendment to the Constitution.”

In other words, an outright gun ban.

The Court found that, indeed, the Second Amendment protects an individual right to keep and bear loaded handguns in the home for self-defense and struck down D.C.’s handgun ban on that basis. That and nothing less, nothing more, is what the Heller decision is about, and what Hillary Clinton characterizes “wrong” and “terrible.” And just as Donald Trump says, if Clinton were elected president, she would try to shift the balance of the Supreme Court so that it would overturn Heller, declare that the Second Amendment doesn’t protect an individual right, and thus prevent anyone from challenging a gun ban or any other gun control law on Second Amendment grounds.

Voters already know that Hillary Clinton lies. Morally corrupt members of the so-called Fourth Estate who shill for Clinton are doing everything they can to make sure that the voters know Clinton is not alone in that regard. America can and should do better. 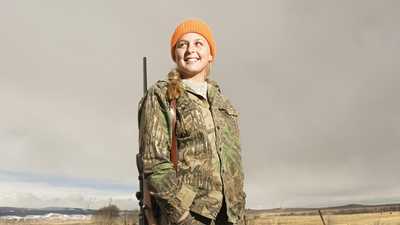