On Friday, July 22, just as members of his party were gathering in Philadelphia to coronate Hillary Clinton as their presidential nominee, the Obama Administration once again released a sweeping gun control measure by executive fiat. This time the bad news came via the U.S. State Department’s Directorate of Defense Trade Controls (DDTC), which is primarily responsible for administering the Arms Export Control Act (AECA) and its implementing rules, the International Traffic in Arms Regulations (ITAR). The upshot is that DDTC is labeling commercial gunsmiths as “manufacturers” for performing relatively simple work such as threading a barrel or fabricating a small custom part for an older firearm. Under the AECA, “manufacturers” are required to register with DDTC at significant expense or risk onerous criminal penalties.

As with prior executive actions on guns, the administration released its dictate suddenly and without advance warning to or prior input from affected businesses, completely bypassing the normal formalities associated with a significant rulemaking. The guidance is also likely to result in more confusion than clarity and may significantly chill heretofore legal conduct associated with gunsmithing.

By way of background, the AECA and ITAR concern rules by which military materiel is exported from, and imported to, the United States. The so-called “defense articles” governed by the AECA/ITAR are compiled in what is known as the U.S. Munitions List and include some, but not all, firearms and ammunition, as well as their parts and components. Thus, for purposes of the regime, a spring or floorplate from the magazine of a controlled firearm is subject to the same regulatory framework as the firearm itself.

Adding to the confusion, the Gun Control Act of 1968 and its amendments (GCA) also regulate firearm manufacturing, importing, and exporting. Both of the laws also use the same or similar terms but apply them in different ways. Thus, what triggers the legal requirement for an entity to be registered as a “manufacturer” under the AECA/ITAR may or may not also bring that entity within the scope of the GCA, and vice versa.

DDTC’s new “guidance” only makes this situation worse by coming up with a confusing and counterintuitive list of activities that it considers “gunsmithing” versus “manufacturing” (despite the fact that it insists it relies on the “ordinary, contemporary, common meaning” of those terms).

For example, DDTC generally labels procedures that involve cutting, drilling, or machining of an existing firearm in order to improve its accuracy or operation or to change its caliber as “manufacturing,” even if they do not create a new and distinct firearm. This includes threading a muzzle for a muzzle brake or blueprinting that requires machining of a barrel.

On the other hand, DDTC contends that gunsmithing includes only very simple procedures, such as the one-for-one drop-in replacement of parts that do not require cutting, drilling, or machining for installation.  But even then, if the parts “improve the accuracy, caliber, or other aspects of firearm operation,” “manufacturing” may occur. Finishing treatments for firearms generally are not considered manufacturing under the guidance, nor are cosmetic flourishes such as engraving. Meanwhile the mounting of a scope that involves the machining of new dovetails or the drilling and tapping of holes may or not be “manufacturing,” depending on whether the scope improves the accuracy of the firearm beyond its prior configuration.

For those who are confused by the guidance, DDTC offers the option of requesting an advisory opinion through the agency. The regulation providing for such opinions, however, states they “are not binding on the Department of State, and may not be used in future matters before the Department.” Moreover, the request involves typical bureaucratic hoops to negotiate, including providing both an original and seven copies of the request and supporting information in hardcopy form.

DDTC’s move appears aimed at expanding the regulatory sweep of the AECA/ITAR and culling many smaller commercial gunsmithing operations that do not have the means to pay the annual registration fee or the sophistication to negotiate DDTC’s confusing maze of bureaucracy. Like ATF’s early “guidance” this year on the GCA’s licensing requirement for firearm “dealers,” it is also likely to have a significant chilling effect on activity that would not even be considered regulated.

The administration’s latest move serves as a timely reminder of how the politicized and arrogant abuse of executive power can be used to suppress Second Amendment rights and curtail lawful firearm-related commerce. That lesson should not be forgotten when voters go to the polls this November. 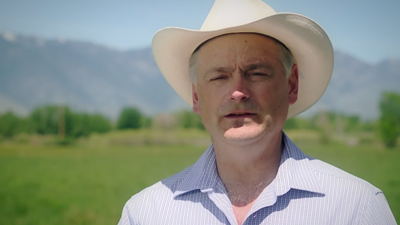