Justice Ginsburg Once Again Shares Her Intent to Overturn Heller 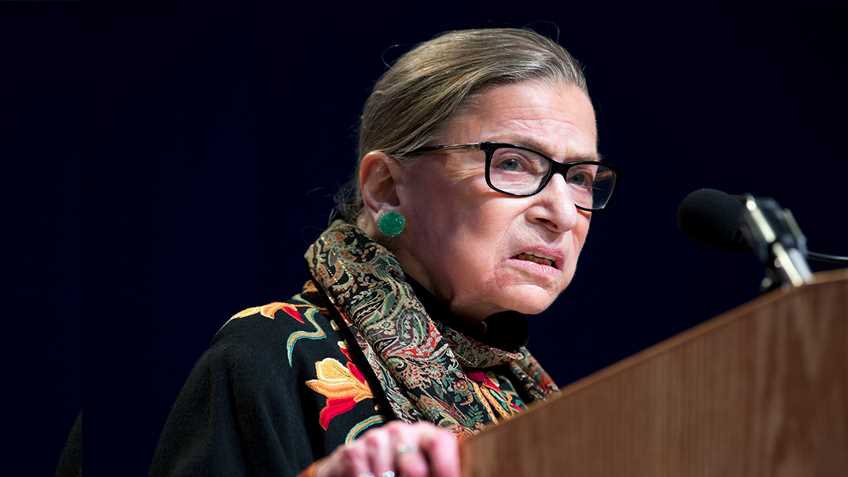 This past week, Associate U.S. Supreme Court Justice Ruth Bader Ginsburg gave a series of controversial interviews for which she has received nearly universal condemnation, even from the usually-fawning establishment press. Most of the headlines focused on Ginsburg’s derogatory statements regarding presumptive Republican presidential nominee Donald Trump. However, just as important were comments signaling her intent to overturn the Supreme Court’s landmark decision in District of Columbia v. Heller, which held that the Second Amendment protects an individual right to keep and bear arms. Ginsburg signed onto Justice John Paul Stevens and Justice Stephen Breyer’s dissents in Heller and Breyer’s dissent in McDonald v. Chicago, which applied Heller’s protections to the actions of state and local governments.

The write-up of an interview Ginsburg gave to the New York Times contained the following:

[Ginsburg] mulled whether the court could revisit its 2013 decision in Shelby County v. Holder, which effectively struck down a key part of the Voting Rights Act. She said she did not see how that could be done.

The court’s 2008 decision in District of Columbia v. Heller, establishing an individual right to own guns, may be another matter, she said.

“I thought Heller was “a very bad decision,” she said, adding that a chance to reconsider it could arise whenever the court considers a challenge to a gun control law.

Curiously, the New York Times later significantly altered the part of their story pertaining to Ginsburg’s remarks on Heller, as pointed out by Jonathan Adler of the Volokh Conspiracy. The altered version removed the portion regarding Ginsburg’s contention that “a chance to reconsider [Heller] could arise whenever the court considers a challenge to a gun control law.” The Times eventually restored the missing portion of the story, but did not provide a satisfactory reason for the alteration.

This is not the first time that Ginsburg has shared her desire to overturn Heller. On December 17, 2009, Ginsburg delivered a lecture titled “The Role of Dissenting Opinions” to the Harvard Club of Washington, D.C., a version of which was later published in the Minnesota Law Review. In the lecture, Ginsburg described Stevens and Breyer’s dissents in Heller as “appealing to the intelligence of a future day.” Insultingly, Ginsburg listed the - in her view incorrect - Heller decision, which recognized a fundamental right, alongside the notorious Dred Scott v. Sanford decision, which extinguished the rights of African Americans.

By insulting Trump, Ginsburg revealed her obvious preference for Hillary Clinton. While inappropriate, this is a fitting endorsement, as there is every indication that Ginsburg’s preferred candidate is on board with her plans to overturn Heller.

Clinton, or her surrogates, have repeatedly indicated that Clinton seeks to overturn Heller. At a September 25, 2015 fundraiser held at a private residence in Manhattan, Clinton expressed her disdain for Heller. An audio recording captured Clinton stating, “the Supreme Court is wrong on the Second Amendment. And I am going to make that case every chance I get.”

On May 7, Trump accurately told his supporters that “Hillary Clinton wants to abolish the Second Amendment.” In a failed attempt to refute the presumptive Republican nominee’s comments, Clinton campaign spokesman Josh Schwerin admitted that Clinton “believes Heller was wrongly decided…”

On May 30, New York Magazine published an article that gave an account of a Clinton campaign event in Bridgeport, Conn. During a meeting with a family who suffered the loss of a loved in the shooting in Newtown, Conn., Clinton explained that she has already made plans for gun control with Sen. Chuck Schumer (D-N.Y.), and stated that Heller was “a terrible decision.”

Following a public outcry that spanned the political spectrum, Ginsburg offered something of an apology for her foray into political punditry, acknowledging that “Judges should avoid commenting on a candidate for public office.” While Ginsburg's recent outburst is unbecoming of a Supreme Court justice, it has provided a valuable public service. Ginsburg has made it perfectly clear to the American people, that with the next president likely to appoint multiple Supreme Court justices, their constitutionally-protected right to keep and bear arms is on the line.

Grasping at Straws in the North Woods 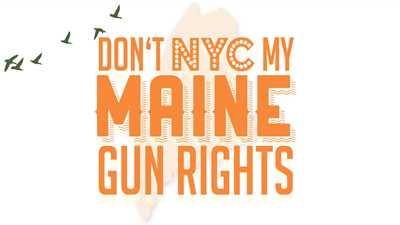