In response to a recent Pennsylvania Supreme Court ruling, several local Pennsylvania politicians announced their intent to enact or continue to enforce local gun control laws.  These politicians are either seriously misinformed about the effect of the court’s ruling or they intend to knowingly violate Pennsylvania law because they think there will be little, if any, recourse to their actions.

The court’s ruling last week in Leach v. Commonwealth effectively voided Pennsylvania Act 192 (2014).  Act 192 provided gun owners who challenge local ordinances with the opportunity to recover their costs, if their challenge is successful, and made it easier for organizations, like NRA, to sue in order to block enforcement of local gun control ordinances.  The Leach decision simply held that Act 192 was not passed with proper procedure, so its provisions are not enforceable.  The decision does not affect the legality of Pennsylvania’s long-standing firearms preemption law.

Pennsylvania’s firearm preemption law was first passed in 1974.  While it has been amended several times, its basic provision remains unchanged.  Under the law, “[n]o county, municipality or township may in any manner regulate the lawful ownership, possession, transfer or transportation of firearms when carried or transported for purposes not prohibited by the laws of this Commonwealth.”  As with the preemption laws in the vast majority of other states, this law has been interpreted to generally prohibit local governments from enforcing any firearm ordinances that are more restrictive than the laws of the state, or in this case, commonwealth.

Despite the fact that Pennsylvania’s preemption law remains in full force, local officials, emboldened by the court’s decision, seem intent on violating Pennsylvania law by passing new local gun controls.  In a press release on the Supreme Court’s decision, Philadelphia Mayor Jim Kenney said “[t]his is a great victory for . . . the ability of local governments to adopt common sense gun regulations without fear of financially crippling litigation.”  Allentown Mayor Ed Pawlowski went even further when he told a local news outlet of his plans to reintroduce an ordinance banning firearms in public buildings or parks.  Allentown already had such a ban, but repealed it rather than defend the illegal ban in a lawsuit brought under the provisions of Act 192.

The boldness of these local officials in describing their intent to violate the law and their constituents’ civil rights is disturbing, but it also underscores the importance of firearm preemption laws and especially Act 192’s provisions that provide clear remedies for gun owners who sue to overturn illegal local gun control ordinances. An NRA-supported bill to reenact Act 192’s provisions has already been introduced in response to the court’s ruling. 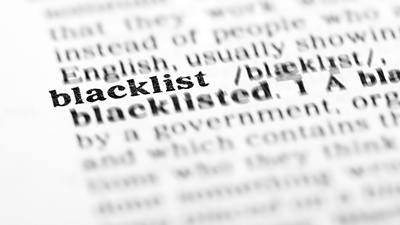