New Jersey: Anti-Gun Legislation to be Heard in Assembly Committee, Your Help Needed

On Thursday, June 2, the Assembly Law and Public Safety Committee will hear Assembly Concurrent Resolution 175/Senate Concurrent Resolution 101.  Your NRA-ILA, along with Association of New Jersey Rifle and Pistol Clubs (ANJJRPC), vigorously supported New Jersey’s right to self-defense by testifying against ACR 175/SCR 101 at the beginning of May; however, SCR 101 passed the Senate and has now been scheduled to be heard next week.  Please contact members of the Assembly Law and Public Safety Committee and ask them to oppose ACR 175/SCR 101!

The committee will also hear Assembly Bill 1426 / Senate Bill 816.  Like last year’s “smart gun” legislation that was vetoed by Governor Chris Christie, S816, sponsored by state Senator Weinberg, repeals the 2002 smart gun law; however, it forces all gun dealers in the state to provide this unproven technology for sale.  This backdoor attempt is nothing more than forced market acceptance of a product that has proven unreliable despite decades of research and development.  Presumably, the old smart gun law could then simply be reinstated, and within three years, traditional handgun sales would be forbidden by law.

Additionally, the committee will also hear Assembly Bill 3689.  A3689, sponsored by Assemblyman Louis Greenwald (D-6), would require a carry permit applicant to submit a written certification of justifiable need to carry a handgun.  The justification will be under oath and must specify in detail the “urgent necessity for self-protection, as evidence by specific threats or previous attacks”.  A person should not have to "prove" a justifiable need to exercise a constitutional right.  This legislation outrageously requires a person to be under attack before meeting the criteria prescribed in the bill.  A3689 is another example that anti-gun lawmakers completely oppose concealed carry and self-defense in New Jersey.

Please contact members of the Assembly Law and Public Safety Committee and respectfully ask them to oppose ACR 175/SCR 101, S816, and A3689!

Outrage of the Week: Kindergartner Suspended for Princess Bubble Gun 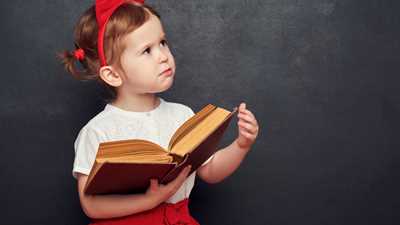