Trump is Right; "Fact Checkers" Embarrass Themselves Covering for Hillary 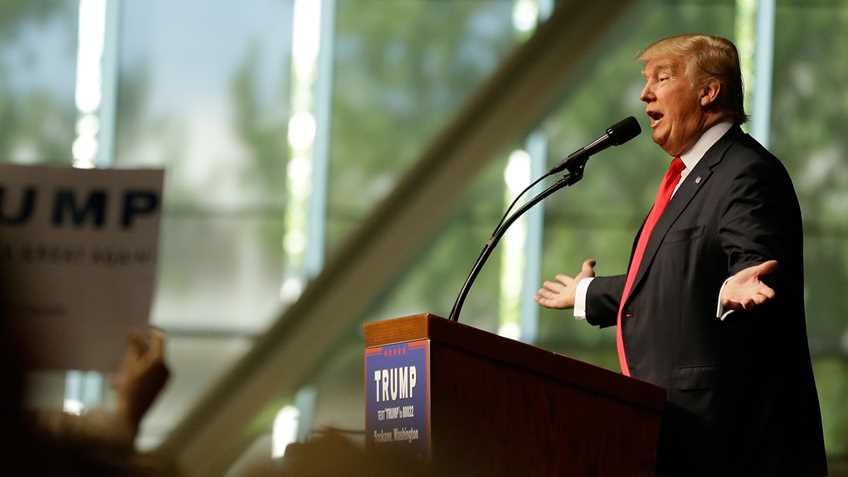 However, in the days since this statement, the Annenberg Foundation's FactCheck.org and PolitiFact have bent over backwards to defend Clinton from this legitimate description of her positions. These outlets’ attempts to contort Clinton’s record to suit their agenda is so shameless one hopes the efforts prompt Columbia University to create a Pulitzer Prize for cognitive dissonance.

Here, in order to claim that Trump is wrong, both FactCheck.org and PolitiFact take a handful of statements Clinton and her campaign have made at face-value, while dismissing more candid statements by Clinton and her daughter Chelsea.

On September 24, 2015, at a fundraiser held at the New York City home of John Zaccaro, Clinton made her views on the Second Amendment abundantly clear. An audio recording of the private event captured the candidate stating, “the Supreme Court is wrong on the Second Amendment. And I am going to make that case every chance I get.”

On April 21, 2016, while campaigning for her mother in Maryland, Chelsea Clinton reiterated her mother’s opposition to the Supreme Court’s individual rights interpretation of the Second Amendment. Chelsea told the crowd, “It matters to me that my mom recognizes the role the Supreme Court has when it comes to gun control. With Justice Scalia on the bench, one of the few areas where the Court actually had an inconsistent record relates to gun control. Sometimes the Court upheld local and state gun control measures as being compliant with the Second Amendment, and sometimes the Court struck them down.”

"The Supreme Court is wrong on the Second Amendment. And I am going to make that case every chance I get."

In recent years, there have been two landmark cases that have determined the meaning of the Second Amendment, District of Columbia v. Heller and McDonald v. City of Chicago. In both cases, the Supreme Court found that the Second Amendment protects an individual right to keep and bear arms. Further, the cases made clear that a jurisdiction may not enact a complete ban on handguns or a ban on possessing functional firearms for self-defense in the home. Justice Antonin Scalia wrote the majority opinion in Heller.

Clinton has not, to our knowledge, sought to initiate the Article V constitutional amendment process to remove the Second Amendment from the U.S. Constitution. However, these statements make clear that Clinton wants to abolish the Second Amendment as it has been interpreted by the Supreme Court, and is understood by the vast majority of Americans; as protecting an individual right to keep and bear arms.

Further, the vast discrepancy between Clinton’s privately shared beliefs and the public opinion data, is all the more reason to discount her more carefully prepared public statements on the topic as political pandering. It is fair to assume that Clinton and her campaign staff understand the American public’s position on this matter and have crafted their official statements accordingly.

"Hillary Clinton wants to take your guns away"

To reject this statement, the "fact checkers" dismiss Clinton’s recent comments supporting an Australian-style firearms confiscation scheme by contending that she misspoke or did not understand the nature of Australia’s gun control measures. We give Clinton, who has been versed in the gun control issue for well over two decades, more credit than that. In 1996, Australia embarked on an effort to confiscate semi-automatic and pump-action firearms, forcing owners to turn in their firearms for a set amount of compensation.

On October 16, 2015, while speaking before an audience in Keene, N.H., Clinton was asked, “Recently, Australia managed to get away, take away, tens of thousands, millions, of handguns. And in one year, they were all gone. Can we do that, and why if we can’t, why can’t we?” The question is straight-forward. The audience member asked about an effort to “take away” firearms in order make sure they were “all gone.” This does not comport with a question about voluntary “buybacks,” more accurately termed turn-ins.

"the Australian example is worth looking at"

In her response, Clinton, exhibiting a knowledge of the contours of the Australian confiscation scheme, stated, “In the Australian example, as I recall, that was a buyback program. The Australian government, as part of trying to clamp down on the availability of automatic weapons, offered a good price for buying hundreds of thousands of guns.” Clinton concludes her answer by noting, “So I think that’s worth considering. I do not know enough detail to tell you how we would do it, or how would it work, but certainly the Australian example is worth looking at.”

PolitiFact contends that Clinton’s answer may endorse some sort of voluntary turn-in, as in part of her answer she mentioned the voluntary turn-ins common to some U.S. communities. However, in the closing of her answer, Clinton makes clear she is referring to Australia, stating, “the Australian example is worth looking at.” Further, are we to believe that Clinton, whose husband presided over controversial and unsuccessful federally-funded voluntary turn-in programs is unclear of the difference between those efforts and the Australian experience? Again, Clinton deserves more credit.

An overarching theme in the FactCheck.org and PolitiFact pieces is an unshakable deference to Clinton’s more moderate statements on gun control and the Clinton campaign’s explanations for her more radical admissions. What is there in Clinton’s history on the issue of gun control that would warrant such deference? Rather, the evidence from Clinton’s nearly 25-year public record of supporting extreme gun restrictions suggests she deserves the opposite.

In 1993, the Clinton-chaired President's Task Force on National Health Care Reform contemplated a sin tax on firearms to offset the cost of her husband’s universal healthcare plan. At a Senate Finance Committee hearing on the health care proposal, Clinton endorsed a 25-percent tax on firearms suggested by Sen. Bill Bradley (D-N.J.), stating, “I'm all for that.”

In 2000, while giving a speech at a Brady Campaign event during her first senatorial campaign, Clinton stated, “I'm the only candidate in this race who supports federal legislation to license handgun owners and register handguns.” Earlier that year, Clinton described her gun control agenda at the Newspaper Association of America's Annual Convention. This included licensing of all handgun owners, a national registry of all handguns sales or transfers, a national ballistics fingerprinting database, a ban on affordable handguns, handgun rationing, and granting the Consumer Product Safety Commission the power to regulate firearms.

In 2004, Clinton took to the Senate floor to oppose the Protection of Lawful Commerce in Arms Act, which protects firearm manufacturers and dealers from liability arising from the unlawful actions of a third party. On March 6, after having been repeatedly attacked by Clinton for not opposing the PLCAA, Clinton’s opponent for the Democratic presidential nomination, Sen. Bernie Sanders (I-Vt.), said of her position, “what you're really talking about is people saying let’s end gun manufacturing in America. That’s the implications of that. And I don't agree with that.”

“I think that we've got to rein in what has become an almost article of faith that anybody can have a gun anywhere, anytime.”

In 2014, at the National Council for Behavioral Health Conference, Clinton attacked the Right-to-Carry, telling an audience, “I think that we've got to rein in what has become an almost article of faith that anybody can have a gun anywhere, anytime.”

Given Clinton’s well-documented history of supporting the most radical types of gun controls and her own candid remarks regarding the Second Amendment, the Supreme Court, and Australia’s gun control measures, for purported “fact checkers” to blindly accept the Clinton campaign’s spin reveals a severe bias. Such naked prejudice does more to diminish these media outlets’ own credibility than that of those they target with their spurious analysis.