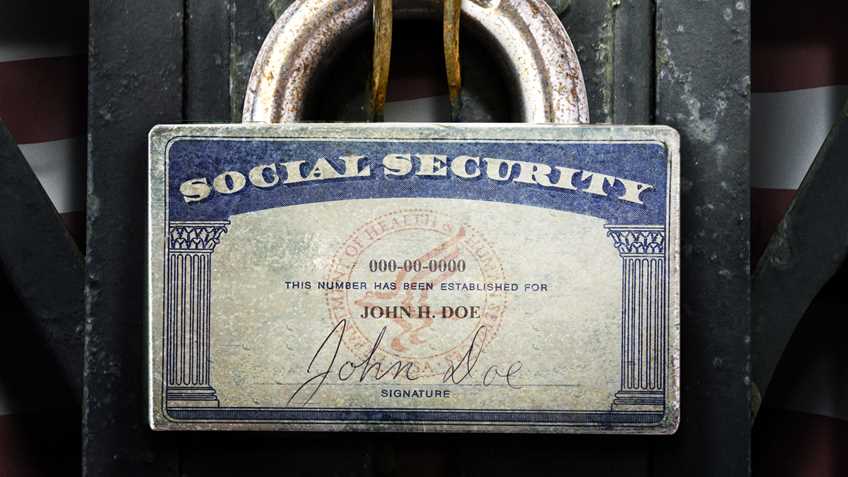 On Friday, the Social Security Administration (SSA) released a draft of a proposed rulemaking that would supposedly bring the agency into compliance with what it claims is its responsibility to report prohibited persons to the National Instant Criminal Background Check System (NICS). The proposal focuses on five factors to determine if certain SSA recipients receiving Disability Insurance or Supplemental Security Income (SSI) have been “adjudicated as a mental defective” and are therefore federally prohibited from possessing or receiving firearms. It would also create an administrative procedure for affected individuals to petition for restoration of their rights. The proposed rule will remain open for public comment for 60 days.

We have been reporting since last summer on the Obama administration’s plan to use SSA as a basis to strip Americans of their Second Amendment rights. Concerns were initially raised by a report in the Los Angeles Times that SSA would follow the lead of the Department of Veterans Affairs by broadly reporting all beneficiaries receiving payments whose funds were disbursed to another individual on the beneficiary’s behalf. This prompted congressional inquiries, to which SSA replied that the plan would not apply to all beneficiaries assigned representative payees. The agency did not, however, elaborate on who would be included, and it did not rule out using the assignment of a representative payee as a consideration in determining who was reportable.

SSA’s intentions have now been made public. As outlined in the proposal, SSA would use five factors to determine which of its Disability Insurance or SSI recipients have been “adjudicated” by the agency as “mental defectives.”

The first factor is whether the individual filed his or her claim with SSA based on disability. Thus, merely receiving retirement benefits from SSA would not trigger further action.

The second factor would require the agency to determine which individuals have “been found disabled based on a finding that the individual’s impairment(s) meets or medically equals the requirements of one of the Mental Disorders Listing of Impairments” set forth in SSA rules. Those disorders cover a broad range of conditions, including but not limited to organic mental disorders, intellectual disabilities, anxiety-related disorders, personality disorders, substance addiction, and autism and other developmental disorders. Symptoms of these disorders can range from outright incoherence or hallucination to milder presentations such as sleep or appetite disturbances, decreased energy, or even “inflated self-esteem.”

The fourth factor focuses on the individual’s age, specifically on whether he or she is at least 18 years old but has not yet attained full retirement age.

Factor five is whether the agency has determined the beneficiary’s payments are to be made through a representative payee based on a determination that he or she is incapable of managing them as a result of marked subnormal intelligence, or mental illness, incompetency, condition or disease.

If all five of these factors are met, the individual would be reported to NICS as a “mental defective” and banned (presumably for life) from receiving or possessing firearms.

The rule would also allow affected individuals to petition for restoration of rights. Under its terms, relief from Second Amendment disabilities “may” be granted if the individual could “establish to [SSA’s] satisfaction that the circumstances regarding the disability, and the applicant's record and reputation, are such that the applicant will not be likely to act in a manner dangerous to public safety, and that the granting of the relief would not be contrary to the public interest.”

Overall, while the proposal is not as drastic as many initially feared and is procedurally more narrowly-tailored than the indefensible procedures of the Veteran’s Administration (VA), it still raises substantial cause for concern. Far more people are potentially implicated in the SSA regime than in VA’s regime because of the broader reach of SSA’s programs. The White House itself estimates that some 75,000 each year could be affected, with no upper limit or end in sight. And while SSA’s procedures at least consider (unlike VA’s) whether the underlying basis of disability is a mental impairment, those impairments cover a range of conditions, from those that might increase a tendency toward aggressive or self-destructive behavior to those that won’t.

Indeed, at no point in the actual “adjudication” is the individual’s propensity for violence a necessary consideration. Rather, the question ultimately devolves to whether or not the individual has any sort of mental condition and can responsibly handle money, which is not a fair basis to strip someone of their constitutional rights. The procedures established for relief, moreover, lack adequate due process and do not even allow the petitioner the opportunity for an administrative hearing.

From beginning to end, in fact, SSA’s process makes no provision whatsoever for the individual to attend a formal hearing before an adjudicative authority, to put forth their own experts, or to cross-examining adverse witnesses. It only involves anonymous bureaucrats reviewing documents in a government-compiled file. That is hardly the process most Americans would consider an adjudication, and certainly not one sufficient to strip someone of fundamental liberties.

Ultimately, SSA’s rulemaking highlights the need for systemic changes to the federal laws concerning when mental illness results in a person being prohibited from possessing and receiving firearms. Financial acumen, even if related to an underlying issue with sleep disturbances or inflated self-esteem, has no necessary relationship to a propensity for violence, and it’s not a sufficient basis to strip persons of their inalienable right to self-defense. This is exactly why NRA is supporting corrective legislation, including the Mental Health and Safe Communities Act of 2015, the Social Security Beneficiary 2nd Amendment Rights Protection Act, and the Veterans 2nd Amendment Protection Act.

In the meantime, comments may be submitted on the SSA rulemaking in several ways: