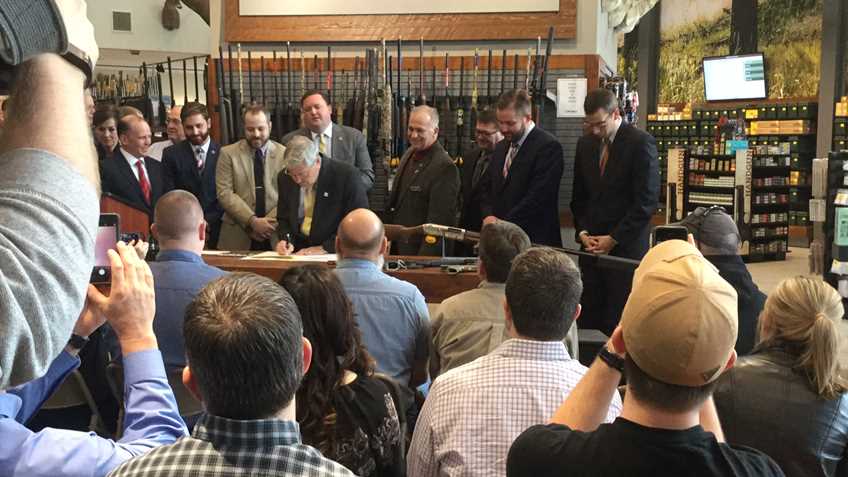 Today, Thursday, March 31, Governor Terry Branstad (R) signed House File 2279, the Hearing Protection Act, into law.  HF 2279 passed the House of Representatives with a 74-24 vote and the Senate with an overwhelming, bipartisan 46-4 vote.  HF 2279 will go into effect immediately.

Suppressors foster a safer and more enjoyable shooting and hunting experience and will help ensure the propagation of Iowa’s rich hunting heritage.

Suppressors help increase accuracy by reducing felt recoil and shot “flinch.”  Beginners to shooting sports adhere to a quicker learning curve on average because the muffled sound equates to increased focus and concentration on proper shooting mechanics.  Most importantly, suppressors reduce shooters’ risk of hearing damage, which can occur when discharging a firearm without the proper hearing protection.  Additionally, suppressors can help reduce noise complaints from neighbors, particularly in more densely populated areas.

Your NRA-ILA would like to thank the author, Representative Matt Windschitl, Representative Terry Baxter and Governor Branstad for signing this bill which benefits gun owners and sportsmen across the Hawkeye State.  In addition, this effort would not have been possible without the activism of the NRA membership in Iowa, the Iowa Firearms Coalition and the American Suppressor Association.