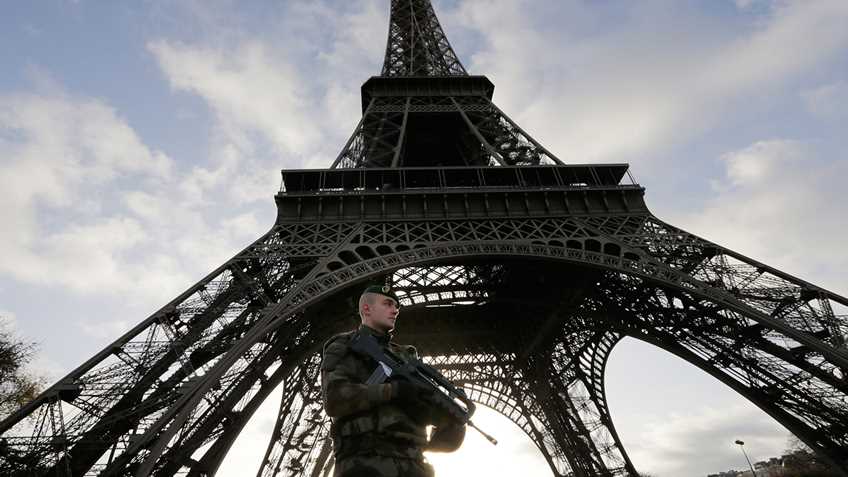 The Paris terrorist attacks were not easily pinned on America’s supposedly lax gun laws or the NRA, but that didn’t stop exploitative assaults on America’s law-abiding gun owners and those who support them.

While some media sources did ruefully acknowledge that Paris already has highly restrictive gun control and that the firearms used in the attacks were obtained illegally, attention soon focused on supposed loopholes in American laws that critics claim make the U.S. a virtual arms bazaar for terrorists. One tabloid went so far as to characterize NRA’s Second Amendment advocacy as a “sick jihad.”

They’ve been saying essentially the same thing for over 10 years, even as “heavily-armed” America continues to enjoy a period of historic peace and calm.

The truth is that NRA, like all patriotic Americans, wants to protect the country from terrorists and violent criminals, not facilitate their acts. In protecting America, however, we will not throw away the values and freedoms that separate us from the medieval mindset of the Paris attackers, people whose hatred for Western Civilization is driven by its refusal to accept their twisted worldview.

The claim driving these media assaults on the NRA is that “terrorists,” or at least “terror suspects,” are legally able to purchase firearms in the U.S. because inclusion on the government’s so-called Terrorist Watchlist is not an automatic disqualifier under federal law.

Yet the basis for this claim is a highly-subjective, highly-secret government list that a number of the very same papers have reported on as being inaccurate, over-inclusive, and ignoring civil rights. Indeed, even the Huffington Post – rarely one to take NRA’s side in an argument – last year warned its readers of “7 Ways You (Yes You) Could End Up On A Terrorist Watch List.” The list, which has reportedly ballooned to a million names, and has included the likes of former South African President Nelson Mandela, Sen. Ted Kennedy and even a two-year-old child, is rife with errors.

We have discussed again and again the serious problems and constitutional violations inherent in denying people their Second Amendment rights based on inclusion in Terrorist Watchlist. Those who are on the list are not even supposed to know, and if they become aware of (or come to suspect) their listing, they have very little recourse to challenge it.

Even assuming (contrary to available evidence) that the Watchlist is administered flawlessly, it’s still a list of people who are only “dangerous” enough to be watched but not arrested, prosecuted, detained, deported, or any of the other things the government does (up to and including summary execution) to imminently dangerous terrorists.

In fact, to the degree it involves foreign nationals (and it overwhelmingly does), the only ones who could legally buy a firearm would be those who had been lawfully admitted to the country as immigrants. If a foreign national is so dangerous as to be on a list of “terror suspects,” why would the government tolerate his or her presence in the country at all, much less invite the person to live in the country?

But again, putting all that aside, is it really true that the government is helpless when any of these individuals attempts to buy a gun? Far from it, actually.

In testimony to the Senate Committee on Homeland Security and Governmental Affairs, an FBI official detailed what happens when a person on this list is flagged by the mandatory background check that federally licensed firearms dealers (FFLS) have to run on their customers. The official emphasized, “Our Joint Terrorism Task Forces (JTTFs) are engaged every day, across the country, in following up leads, monitoring intelligence, and otherwise pursuing information about suspected terrorists who may be trying to obtain the means by which they or their associates can do harm to this country and its citizens.” These means, of course, are not limited to firearms.

In brief, the official explained that a NICS check for a firearm purchase includes a query of information from the so-called “KST File” (for “known or suspected terrorist”). If a possible match is detected and confirmed, the sale is placed in “delayed” status, and the matter is transferred to the FBI’s NICS Command Center.

The Command Center will carefully scrutinize the individual’s record for any possible legal basis of denial. Even if no such basis is found, the case will continue to be delayed for further research, with the Command Center contacting the FFL to obtain further information about the individual. The case is also referred to the FBI’s Terrorist Screening Center.

If further research substantiates the match, the case is referred to the government’s Counterterrorism Watch Unit, where a case agent conducts additional follow-up with the FBI’s Counter Terrorism Division. That division immediately determines whether the FBI has an active investigation already ongoing into the individual. If not, one is opened, with notifications made as appropriate to other law enforcement agencies.

In summary, the FBI official testified:

Regardless of whether the transaction is given the green light to proceed or is denied, the encounter is noted at the time and its import is assessed in the same manner as all newly discovered pieces of intelligence about the subject of the investigation. … What the attempt to buy a firearm means in a counterterrorism investigation, and as a result the subsequent actions it warrants, necessarily must be evaluated on a case-by-case basis.

Of course, just because and individual is allowed to purchase a legal item doesn’t mean that person is thereafter beyond the reach of law enforcement. If authorities knew, for example, that a person were buying fertilizer to make a bomb, they obviously wouldn’t sit on their hands simply because the fertilizer purchase was legal.

The same would obviously be true of the otherwise-lawful purchase of a firearm by a person who officials had evidence intended to use it to commit a terrorist act. In this regard, current law, coupled with the FBI’s procedure, could actually produce useful and actionable anti-terrorism intelligence.

On the other hand, prohibiting every purchase by a watchlisted individual gives real terrorists under investigation or surveillance an easy way to determine whether their acts have drawn the government’s suspicion. All they would have to do is go to a gun shop and attempt to buy a gun. If they were denied and knew they had no other basis of denial, they would know the denial was watchlist related.

In the end, it’s not surprising that elites who don’t want anybody to have guns under any circumstances would gin up fears about terrorism to make it harder for some to obtain firearms. In contrast, NRA has always stood for the right of law-abiding Americans to protect themselves from any unlawful threat. We will never abandon that value, nor will we yield our uniquely American freedoms to the demands of terrorists or any other enemies of liberty. 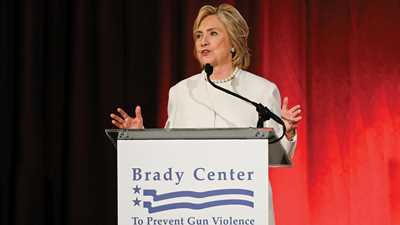