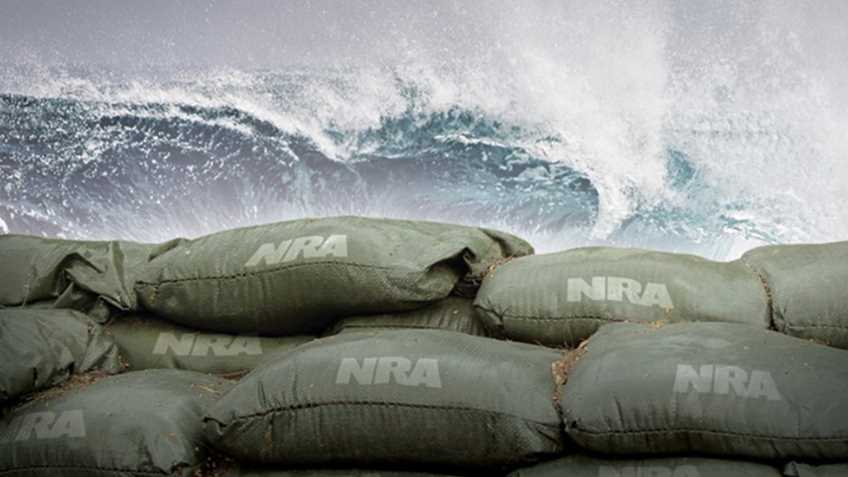 The second session of the 115th Congress is now upon us, and it is as clear as ever that anti-gun members of Congress just don’t get it. Law-abiding Americans are tired of being scapegoats for the acts of criminals and terrorists.

Year after year, we see measures aimed squarely at you and me, the very people who conscientiously learn and follow the rules. Most are opportunistically introduced in the aftermath of some high-profile crime, while emotions are still raw. “We have to do SOMETHING!” the activists and editorialists shriek.

But the “something” they refer to is gun control, and it would never have actually stopped the crime. Heightened restrictions would simply stand between upstanding Americans and the exercise of their rights.

And through it all, anti-gun members of Congress and their cheerleaders in the press demonize the NRA and its members for standing in the way of “progress.”  Anti-gunners plan to continue their attack on law-abiding firearm owners with 2018 legislation.

I’d love to report that everything is going to be different in 2018 and that our opponents have seen the light. But that unfortunately is not the case. In the closing months of 2017, we saw one bill after another that reflects the same twisted thinking that if criminals only faced one more law, maybe they’d call it day. The list of topics is a familiar one:  civil liability for someone else’s crimes, “universal background checks,” de facto semi-auto bans, magazine bans, waiting periods, and “watchlisting” (i.e., “may-issue” NICS approvals).

What follows is just a sampling of the bills some federal lawmakers hope to pass so they can clamp down on your freedom.

Gun control advocates know many of their strongest allies are the increasingly activist and politically-motivated judges who populate courts throughout the country. This means that one of the most potentially consequential bills is the misleadingly titled “Equal Access to Justice for Victims of Gun Violence Act,” currently pending as S. 1939  (Sen. Richard Blumenthal, D-CT) and H.R. 3984 (Rep. Adam Schiff, D-CA).

This legislation would repeal the Protection of Lawful Commerce in Arms Act (PLCAA), an equal justice provision in its own right. The PLCAA was a reaction to a coordinated series of lawsuits designed to litigate the firearms industry into oblivion by holding law-abiding gun manufacturers and dealers responsible for the criminal acts of third parties.

And while its critics howl that the PLCAA grants the firearm industry unprecedented immunity, it was actually the legal theories advanced in these suits that were the real novelty. There’s no principle of law that would hold a baseball bat manufacturer liable for the acts of a bat-wielding assailant or an automobile dealer liable for damages caused by the driver of a robbery get-away car when neither the manufacturer nor the dealer had any relationship to the criminal. But that didn’t stop the litigants from hoping the courts would create a special rule for the gun industry or at least allow the cases to go on long enough to bleed the defendants dry through litigation costs. Without the PLCAA, the very existence of the domestic firearms industry would be jeopardized, which is why it repealing it remains the highest priority for gun banners.

Another perennial favorite of the gun control crowd is the concept of “universal background checks,” which seeks to interpose the government (and expensive fees) into every exchange of firearms, including between trusted neighbors, close friends, and even family members. Anti-gun Sen. Chris Murphy (D-CT) is carrying the torch once again with S. 2009.

Murphy told the media he hoped the mere introduction of the bill, which he admitted had little chance of passage, would nevertheless “strike fear” into supporters of the Second Amendment. It’s telling that would be his goal, rather than striking fear into the criminals who actually misuse guns yet would be completely unaffected by his bill.

Murphy’s right, though, that law-abiding gun owners have much to fear about the idea of abolishing private transfers. The government obviously cannot enforce this type of law unless it also creates universal licensing or registration of firearms. Of course, those measures are also necessary prerequisites for any large-scale attempt to confiscate or force the “buyback” of Americans’ guns.  Anti-gun advocates routinely bring up Australia’s forced confiscation of firearms as a model of what should be done in the U.S.

Rep. Elilzabeth Esty (D-CT), not to be outdone by her anti-gun colleagues, has also jumped into the fray, by sponsoring H.R. 4052, which she ludicrously calls the “Keep Americans Safe Act.” This ban on “large capacity” magazines would treat what most law-abiding Americans have in their firearms as contraband, subjecting their possessors to a possible 10-year stint in federal prison. How could something so many millions of upstanding Americans possess without incident deserve such harsh treatment? And why would a criminal who ignores existing prohibitions against possessing guns actually worry about the capacity of a magazine? Ask Rep. Esty.

Sen. Dianne Feinstein (D-CA) and Rep. Carlos Curbelo (R-FL) have also introduced legislation to ban bump-fire stocks with S.1916 in the Senate and H.R. 3999 in the House. The actual language of this legislation, however, reaches considerably beyond bump stocks and threatens almost any part or accessory that would allow a semi-automatic firearm to shoot more quickly. Neither proposed ban has a grandfather provision, meaning they could turn Americans who obtained their parts or accessories years earlier (when they were still lawful) into federal felons. In this regard, the bills are even more extreme than the confiscatory gun bans of Australia – so admired by gun control advocates – which at least allowed current owners to surrender their property for compensation. The ultimate goal is neither public safety nor holding criminals accountable, it’s to chip away at our firearms freedom until nothing is left.

Another recent gun control bill simply rehashes an idea that been around since the days when gun controllers were openly advocating for handgun bans. Rep. Raja Krishnamoorthi (D-IL) introduced H.R. 4018 to impose a three-day waiting period on the sale or “borrowing” of a handgun, whether between private parties or federal firearm licensees and private parties.

Gun control advocates used to argue that waiting periods allowed local officials to run background checks on prospective purchasers, but that justification went out the window when the National Instant Criminal Background Check System came online in 1998. Then the argument shifted to a supposed “cooling-off” period for people who might buy a firearm in the heat of an angry moment, intending to do mischief with it. Of course, that rationale never made sense in the case of people who already owned firearms and who were still subject to the same wait. These days, it’s clear waiting periods are just another arbitrary hurdle between Americans and the exercise of their Second Amendment rights.

Still other bills seek to make firearm purchases by non-prohibited individuals subject to the discretion of the U.S. Attorney General (H.R. 4057, Rep. Peter King, R-NY) and to deny firearm transfers to people based on incomplete evidence, such as arrests without final dispositions (S. 1923, Sen. Richard Blumenthal, D-CT, and H.R. 3464, Rep. James E. Clyburn, D-SC). These bill show contempt not just for the Second Amendment but for basic notions of fairness and due process.

All of these bills illustrate that even with pro-gun majorities in Congress and a pro-gun White House, legislative assaults on the right to keep and bear arms continue. The ultimate goal is neither public safety nor holding criminals accountable, it’s to chip away at our firearms freedom until nothing is left.

“The ground is shifting,” anti-gun Sen. Murphy insists, “but you need legislation like this to rally people to the side of those who want change and against those who don’t want change.”

We’ve already heard rhetoric about “change” and “fundamental transformation” in American politics. Gun owners saw what that looked like under Barack Obama, when settled law was reinterpreted to enact new restrictions, lawful gun sellers were shunned by banks, federal agents oversaw the transfer of firearms to drug traffickers, and innocent gun owners were vilified as the enablers of violent crime.

So make no mistake. As much as we hope to expand our freedoms with pro-gun majorities in Congress and a pro-gun president, the opposition is equally determined to exploit any circumstance to advance their own agenda. Many of these anti-gun politicians are not motivated by concerns about the Constitution or American freedom. They are motivated by their public image and job security. Holding them accountable is a daily, ongoing process.

Washington, D.C. is not a gun-friendly place, and there are plenty of days when we would rather be in a tree stand or duck blind than in the offices or hearing rooms of the U.S. Capitol. But we are here to be the voice of the American gun owner. We remain ever vigilant to defend our freedom for present and future generations.