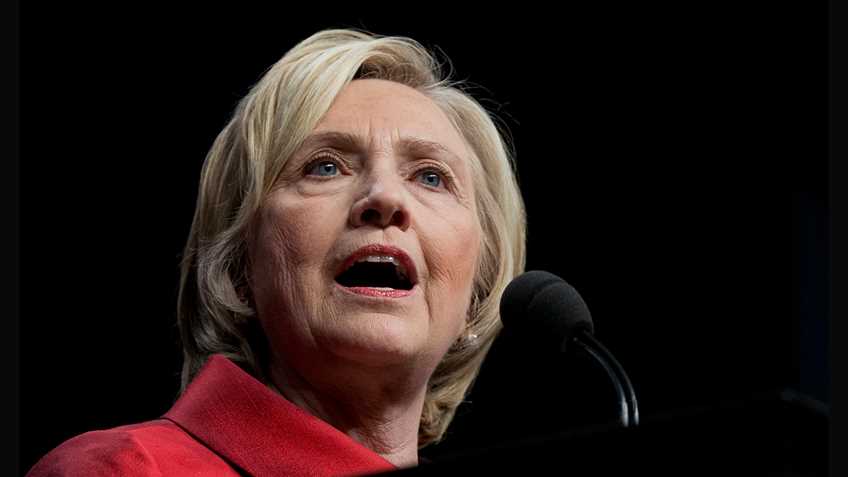 Last month, we reported on Hillary Clinton’s brash embrace of Australia’s mandatory firearm surrender program during a campaign stop in New Hampshire. Her remarks came in response to an audience member’s question about whether America could follow Australia’s lead and “take away” handguns until they’re “all gone.” Her bottom line: “I think it would be worth considering doing it on the national level if that could be arranged.” This followed remarks she had made earlier in October comparing the NRA to “Iranians” and “Communists.”

A few days after Hillary endorsed Australia’s approach, her handlers were attempting to walk back the obvious import of her remarks. “Of course” she wasn’t advocating for Australia-style gun confiscation, a senior aide insisted, even though Clinton’s remarks had come in response to a question about the feasibility of that program in America. The aide then pivoted to Hillary’s support for “tougher background checks on gun sales,” what she called, “very common-sense measures that the majority of the public supports.”

On Wednesday, Hillary continued her gun control push, although with a tempered message more in keeping with the modern gun control movement’s phony, unconvincing message of “common sense gun safety measures.” The latest salvo came in a campaign ad called “Together.”

Speaking to an audience that hangs on her every word and nods with rapturous approval, Clinton rails against “this epidemic of gun violence,” which “knows no boundaries.”

Her solution this time? “We need to close the loopholes and support universal background checks.” She continues, “How many people have to die before we actually act, before we come together as a nation?”

First, what she calls an “epidemic of gun violence” is actually a period of history in which nationwide rates of violent crime remain at historic lows. The sort of crimes that gun control advocates live to exploit also remain a rare phenomenon in the U.S. “No matter how you cut it,” a prominent Northeastern University criminologist recently wrote in reference to mass shootings, “there’s no epidemic.” Rather, he stated in another article, “the only genuine increase is in hype and hysteria.”

“Gun violence” is an intentionally misleading term that gun control advocates use to inflate firearm-related mortality. The largest source of deaths from guns in the U.S. remains suicides, although nobody would refer to other common means of taking one’s life as rope violence, bridge violence, or pill violence. Needless to say, the guns themselves are not behaving violently. Every firearm homicide is caused by a human being, usually by a criminal whose willingness to engage in violent acts shows complete disregard of any law.

Moreover, the fact that some firearm sales and transfers do not go through a background check is not a “loophole.” As we explain elsewhere this week [link to McAuliffe piece], it’s an intentional part of how federal law is structured and takes into account obvious (to most people anyway) distinctions between private, casual conduct and commercial activity undertaken repetitively for livelihood and profit.

Finally, the idea that background checks are a serious, effective response to any headline-grabbing violent crime is simply untrue. Even gun control advocates occasionally admit as much in their more candid moments. Most mass murderers who use firearms obtain them after background checks. And the criminals committing the far more common street crimes with firearms will evade any manner of background check, universal or not.  This is why gun control advocates will occasionally break ranks with their PR strategists and allude to their real goal, confiscation and the elimination of private firearm ownership.

Hillary continues to gamble on gun control as her path through her party’s primary. But will a message calculated to appeal to her base and big donors resonate with America at large during the presidential election?

That’s up to you, the American Voter. Hillary Clinton has spoken loud and clear in support of gun control. Assuming she’s her party’s nominee, pro-freedom Americans must speak back even louder next  November at the ballot box.