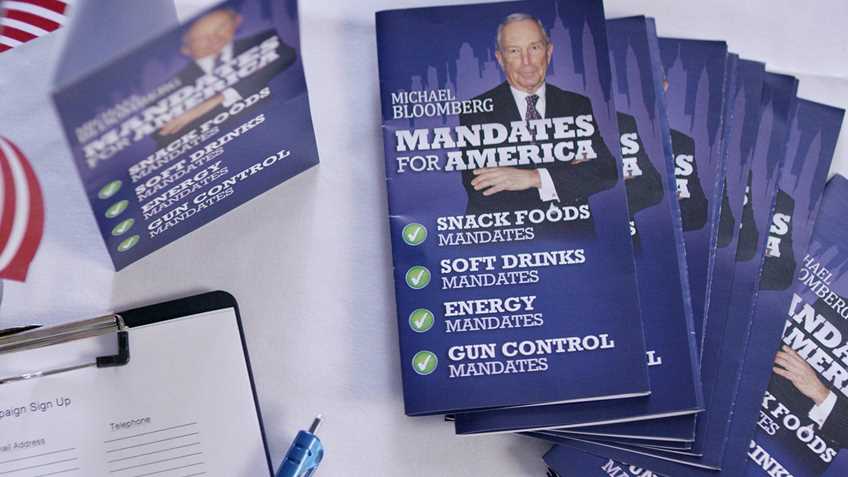 Michael Bloomberg hasn’t said that he’s running for president, but an NRA TV ad campaign launched this week contends that the most aggressive gun control advocate in the country will, at the very least, attempt to use his vast wealth to influence the 2016 presidential election.

The gist of the ad is that Bloomberg is a meddlesome multi-billionaire who thinks that people’s rights should be limited to suit his predilections, who has tried to use his pocketbook and former position as mayor of New York City to force people to acquiesce to his will. The ad reminds viewers that Bloomberg has not only tried to limit the right to keep and bear arms, but has tried to influence the nation’s energy policy and, as mayor, tried to limit the type of foods people could eat and the type and amount of beverages people could drink.

And, while Bloomberg may not run for president, he will certainly try to use his financial clout to pick the next president.  He's already spent millions of dollars on behalf of candidates for the U.S. Senate and U.S. House of Representatives.

Where gun control is concerned, Bloomberg’s agenda is essentially the same as that of presidential candidate Hillary Clinton and Vice-President Joe Biden, who is rumored to be considering a presidential bid. As examples, all three support a ban on “assault weapons,” a ban on handgun and rifle magazines holding 11 or more rounds, and morphing firearm background check systems into registries of firearm sales.