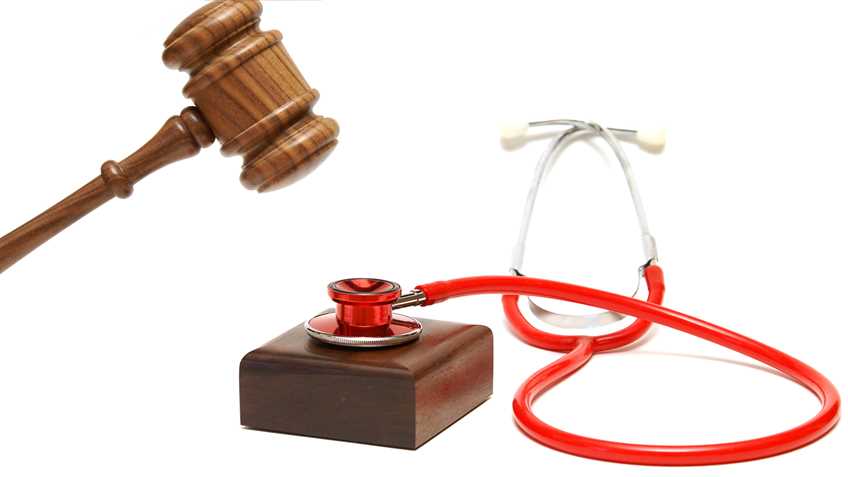 Anti-gun doctors may need to get their own blood pressure checked after the U.S. Court of Appeals for the Eleventh Circuit again upheld Florida’s Firearm Owners’ Privacy Act.

As we reported last summer, the law was passed after an escalating series of events in which patients were harassed or denied access to services because they refused to be interrogated by their doctors about their ownership of firearms.  A group of Florida doctors committed to the idea of haranguing patients for exercising their Second Amendment rights sued, claiming a First Amendment right to grill patients about firearm ownership, even where it isn’t relevant to the patient’s care.

Unsurprisingly, the appellate court upheld the law last July, stating: “The essence of the Act is simple: medical practitioners should not record information or inquire about patients’ firearm-ownership status when doing so is not necessary to providing the patient with good medical care.” Far from a ban on doctors’ expressing their views about firearms or other public policy or medical issues, the court held, the Act merely “protects a patient’s ability to receive effective medical treatment without compromising the patient’s privacy with regard to matters unrelated to healthcare.”

It’s no secret that the medical establishment has long been hostile toward the private ownership of firearms. No less a doctor than President Obama’s pick for U.S. Surgeon General has engaged in anti-gun activism.  Even WebMD.com, a common online source for medical information, counsels parents to “to avoid keeping guns and firearms in the home,” and only provides recommendations for “secure” storage when purging the home of firearms altogether “is not possible.” This history, as well as outright discrimination against patients who refused to discuss their gun ownership, formed the backdrop for Florida’s law.

It’s also no surprise that the plaintiffs and other gun control advocates were not happy with the loss the Eleventh Circuit handed to them back in 2014. “Censorship in Your Doctor’s Office,” huffed the New York Times. A Florida physician’s group called the decision “egregious” and “dangerous” and claimed it would silence “life-saving conversations.”

In any case, the panel of judges that issued the original opinion decided on their own initiative to revisit their original analysis. The results of that reconsideration were issued on Tuesday, in a revised 77-page opinion. Spoiler alert: the doctors still lose and patient privacy still wins.

Whereas the original opinion characterized the regulated behavior more as conduct – i.e., medical practice – rather than pure speech, the revised opinion delves more deeply into the First Amendment claims raised by the plaintiffs. Finding that inquiries into gun ownership, entries about gun ownership in medical records, and even verbal “harassment” of gun owners are all forms of “speech” protected by the First Amendment, the court then considers the seriousness of the regulatory intrusion and level of scrutiny to be applied to it.

The court observes, “All regulations of speech are not created equal in the eyes of the First Amendment.” Here, the court characterizes the regulated expression as “professional speech.” It then finds the government has a freer hand to regulate in this context because of “the authority—duty, even—of States to regulate the practice of professions to ‘shield the public against the untrustworthy, the incompetent, or the irresponsible.’” In this case, “The State made the commonsense determination that inquiry about firearm ownership, a topic which many of its citizens find highly private, falls outside the bounds of good medical care to the extent the physician knows such inquiry to be entirely irrelevant to the medical care or safety of a patient or any person.” The court therefore determines that “intermediate scrutiny” is the proper standard for evaluating the law.

The court identifies the state’s interests in enacting the law as “protecting the public by regulating the medical profession so as to safeguard patient privacy,” which it finds “substantial” enough to satisfy intermediate scrutiny. It then goes on to find that the law’s requirements have a “direct and material” relationship to alleviating those harms. Citing the legislative record of complaints against physicians, and the limited nature of the restrictions imposed by the law, the court determines “’simple common sense’ furnishes ample support for the legislature’s decision.” “The State need not point to peer-reviewed studies or conduct extensive surveys,” the opinion states, “to establish that proscribing highly intrusive speech that physicians themselves do not believe to be relevant or necessary directly advances the State’s interest in protecting its citizens from harmful or ineffective professional practices and safeguarding their privacy.”

We certainly agree, and we credit the Court for its thorough, well-reasoned opinion. Whether it’s the final word in the case, however, remains to be seen. One of the three judges hearing the case filed a lengthy dissent, echoing the familiar refrain that doctors’  must be free to address the “public health problem” posed by firearms according to their own beliefs. The plaintiffs still have the options of petitioning the full roster of Eleventh Circuit judges to hear the case en banc or to appeal directly to the Supreme Court.