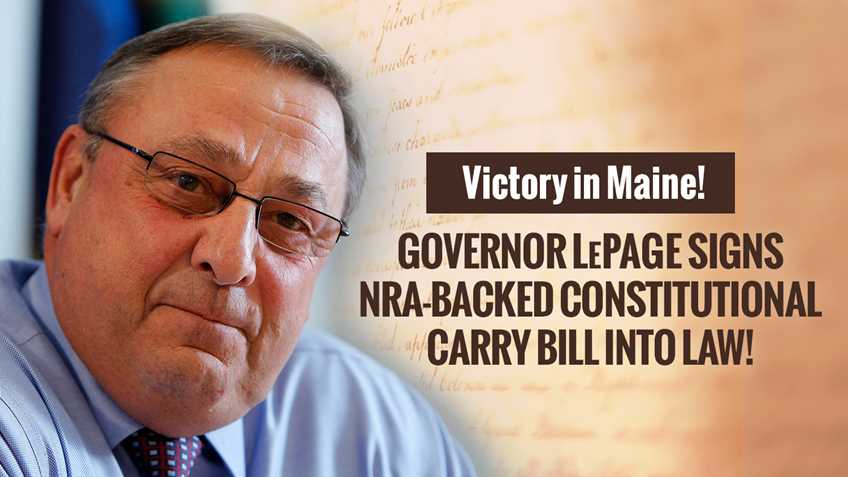 Fairfax, Va. - The National Rifle Association won another victory for gun owners today as Maine Gov. Paul LePage signed Legislative Document 652 into law, allowing anyone over the age of 21 to carry concealed without a permit.

LePage's signature on LD 652 makes Maine the sixth state to enact permitless carry, which is in stark contrast to Gov. Maggie Hassan's recent action in neighboring New Hampshire. On Monday, Hassan vetoed similar legislation at the behest of Michael Bloomberg and his gun control groups.

“It’s encouraging to see a governor stand up for the rights of their constituents, instead of caving to the demands of an anti-gun billionaire from New York City. On behalf of the NRA's five million members, we would like to thank Gov. LePage, Senator Eric Brakey, and the House and Senate leadership for their work in pushing this legislation through.”

Endorsed by the Maine State Police, LD 652 leaves the current permit system in place for those who want to take advantage of Maine¹s concealed carry reciprocity agreements.