In June 2015, several anti-gun activists known as the Violence Policy Center (VPC) claimed, among other things, that “Guns are rarely used to kill criminals or stop crimes.”1

Other gun control supporters, hoping to create the impression that the claim were factual, were quick to repeat it. For example, Christopher Ingraham wrote that the VPC had demonstrated that “guns are used far more often for killing then (sic) self-defense.”2 Hoping to convince people that a good person wouldn’t have been able to use a gun to defend against the abominable attack against members of the Emanuel African Methodist Episcopal Church in Charleston, South Carolina, in June 2015, Ingraham added, “As a result, it’s (sic) may be (sic) thinking twice about arguments for more guns in schools, churches and other public places.”

1. Firearm Justifiable Homicides and Non-Fatal Self-Defense Gun Use, June 2015, p. 1.
2. Guns in America: For every criminal killed in self-defense, 34 innocent people die,” June 19. In two WashingtonPost.com blogs the preceding day, Ingraham said of an image of a newspaper cover story on the murders committed at the Emanuel A.M.E. Church in Charleston, South Carolina, in June 2015, “This photo captures America’s relationship with guns,” and said that the United States has the highest firearm-related murder rate among 31 countries, but excluded Mexico, other Latin American countries, and countries overseas that have higher murder rates.
3. Josh Sugarmann, author of Every Handgun is Aimed at You: The Case for Banning Handguns(March 2001). Sugarmann founded his group in 1988 as the New Right Watch, presumably reflecting his intention to keep “watch” on conservatives inspired by the Reagan Revolution. In 1988 or 1989, he changed the name of the group to the Violence Policy Center. Similarly, the National Coalition to Ban Handguns renamed itself the Coalition to Stop Gun Violence in 1989, and another handgun-prohibition group, the National Council to Control Handguns, after renaming itself Handgun Control, Inc., in 1979, renamed itself the Brady Campaign to Prevent Gun Violence in 2001. The groups renamed themselves as they realized that their efforts to get handguns banned had failed and they thus needed to shift and expand their focus. In the same time frame, they began referring to gun control as “gun safety,” because focus group studies determined that people are turned off by the term “control.”
4. As examples, in 2013, $250,000; 2012, $450,000; 2011, $500,000; 2010, $500,000; 2008, $700,000; 2007, $700,000; 2006, $700,000; 2005, $450,000; 2004, $500,000; 2003, $500,000 and $20,000; 2002, $800,000; and 2000, $1,000,000 and $20,000.
5. See Gallup, Personal Safety Top Reason Americans Own Guns Today, survey of October 2013, and Pew Research Center, Growing Public Support for Gun Rights, December 2014, which found that majorities among most demographic groups believe that gun ownership helps protect people from crime, and that gun ownership is more important than gun control.
6. In 1988, the group suggested that gun control supporters temporarily stop trying to get handguns banned, in favor of a campaign against a “new topic” to “strengthen the handgun restriction lobby”: “assault weapons.” (New Right Watch/VPC, “Assault Weapons and Accessories in America,” Conclusion, 1988.) The Crime Prevention Research Center has detailed massive errors in VPC’s “Concealed Carry Killers” attack against Right-to-Carry laws.
7. Handgun use for self-defense, see Supreme Court of the United States, District of Columbia v. Heller (2008), pp. 57-58 and Crime Prevention Research Center, Concealed Carry Permit Holders Across the United States, July 19, 2014.  Guns: Bureau of Alcohol, Tobacco, Firearms and Explosives, Firearms Commerce in the United States. Right-to-Carry: NRA-ILA Right-to-Carry Fact Sheet (Click “more.” See footnote 9 for dates of RTC law adoption, and use state population data available from the FBI UCR Data Tool. Crime: FBI UCR Data Tool.
8. Kleck, Targeting Guns, Aldine de Gruyter, 1997, p. 163.
9. Rob Barry and Coulter Jones, Hundreds of Police Killings Are Uncounted in Federal Stats: FBI Data Differs (sic) From Local Counts on Justifiable Homicides, Wall St. Journal, Dec. 3, 2014.
10. Note 8, p. 164. Kleck notes, “Combining the defensive killings and reported nonfatal woundings [accounts for] less than 1% of DGUs [defensive gun uses]. The vast majority of DGUs, then, involve neither killings nor woundings but rather misses, warning shots fired, or guns used to threaten, by pointing them or be verbally referring to them.”
11. Kleck notes seven reasons for the NCVS’ unreliability, relating to the survey’s screener questions, underreporting of certain crimes, and the disinclination of respondents to provide certain information to federal employees conducting the survey. See note 8, pp. 152-153.
12. James D. Wright and Peter H. Rossi, Armed and Considered Dangerous: A Survey of Felons and Their Firearms, Aldine de Gruyter, 1986, p. 155.
13. Note 8, p. 183. Kleck cites a 1993 study which found that “43 percent of burglaries in Great Britain were committed with someone at home,” and notes, by comparison, that such was the case in only 13 percent of burglaries in the United States. 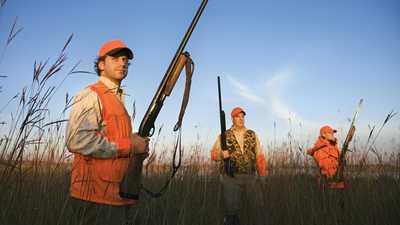