Armed criminals in the Nation's Capitol are breathing easier since Monday when a federal appeals court reinstated the District of Columbia's sham concealed carry licensing law, a move that again prohibits the law-abiding from exercising their right to bear arms. The court’s order allows the District to resume enforcing a provision of D.C. law found unconstitutional and blocked by a lower court in the case of Wrenn v. District of Columbia.  Wrenn  is challenging D.C. regulations supposedly enacted to comply with another court case, Palmer v. District of Columbia, which held that the Second Amendment does not allow the District to ban the carrying of firearms in public for self-defense. In response to Palmer, D.C. established a licensing regime that effectively grants the chief of the Metropolitan Police Department discretion over who gets a license, a power the chief exercises to summarily dismiss nearly all applications.

According to an article in the Washington Post, the court of appeals did not explain the reasoning behind its order. Apparently, however, the court found that even the strict background check, training, and registration requirements that concealed carry applicants still had to negotiate in the absence of the discretionary provisions would not suffice in the District while the case made its way through the appeals process. D.C. Attorney General Karl A. Racine expressed his pleasure with the decision and compared D.C.'s concealed carry licensing regime to similar laws in Maryland, New Jersey, and New York. A point that is apparently lost on Mr. Racine and the court of appeals, however, is that 42 U.S. states have non-discretionary “shall-issue” regimes, five states don’t require any sort of license or permit for concealed carry, and a majority of states recognize the right to carry openly without prior authorization.

D.C. officials have consistently argued that the District is different, however, because of the heavy concentration of politicians and diplomats within its borders. Of course, –many  of these VIPs are already under armed guard, and the idea that the only thing restraining terrorists or others from harming them is the difficulty of getting a D.C. carry license is laughable. What’s not so funny is the political orthodoxy in D.C. that says the safety of governmental elites is more important than that of ordinary citizens just trying to protect themselves and their families.

According to the Washington Post, the appeal in Wrenn will be argued before the court soon after a September 24 deadline for written filings in the case.  In the meantime, criminals of Washington, D.C. will continue to enjoy their decisive advantage over the law-abiding, courtesy of D.C.’s officialdom. 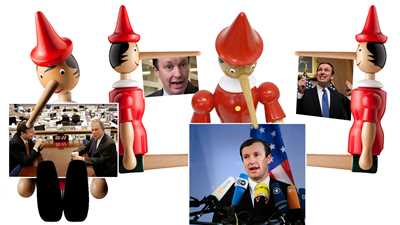