Yesterday, June 25th, Legislative Document 652 was taken off of the Appropriations Table.  The NRA-backed Constitutional/Permitless Carry bill now heads to the state Senate for enactment.

As previously reported, LD 652, sponsored by Senator Eric Brakey (R-Androscoggin), would allow all residents of Maine, who are not otherwise prohibited by law from possessing a firearm, the right to carry concealed without obtaining a Concealed Handgun Permit (CHP).  LD 652 would also leave the current carry permitting system intact for those who wish to participate in reciprocal concealed carry permit agreements when traveling to other states.

Legislative Document 652 also includes two measures.  The first measure would prohibit a person under 21 years of age to carry a concealed weapon without a permit.  The second measure would require an individual carrying a concealed handgun who is stopped by law enforcement officers to immediately inform the officer of that concealed handgun.  LD652 will now go back to the state Senate for further approval.

As previously reported, LD 942 will add Maine to the growing number of states that allow sportsmen to use legally-possessed firearm sound suppressors while hunting. Sound suppressors attached to firearms are an additional tool available to help protect the shooter’s hearing, reduce noise complaints from surrounding residents, as well as increase accuracy and safety. While suppressors do not eliminate the sound of a firearm, they do reduce the muzzle report of a firearm to hearing safe levels.  Currently, there are 41 states which allow the private ownership of suppressors and 36 of those states allow for the use of suppressors while hunting.

Additionally, this legislation will also prevent an arbitrary personal bias from determining Maine firearm policy.  By imposing reasonable deadlines and ensuring that individuals who are lawfully seeking to transfer an NFA item are able to do so in an expeditious manner, this will ensure that qualified, law-abiding Mainers will not be denied the ability to legally own NFA items.  Some Chief Law Enforcement Officers (CLEOs) simply refuse to sign such forms, and nothing in current law prohibits this.  The reforms in LD 942 benefit law-abiding Second Amendment supporters by ensuring that the process to obtain NFA items, already legal in Maine, remains consistent, fact-based and objective.

Uber Threatens to Revoke Access for Drivers and Passengers Who Carry 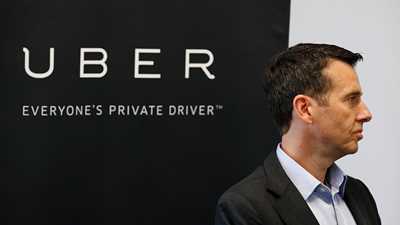