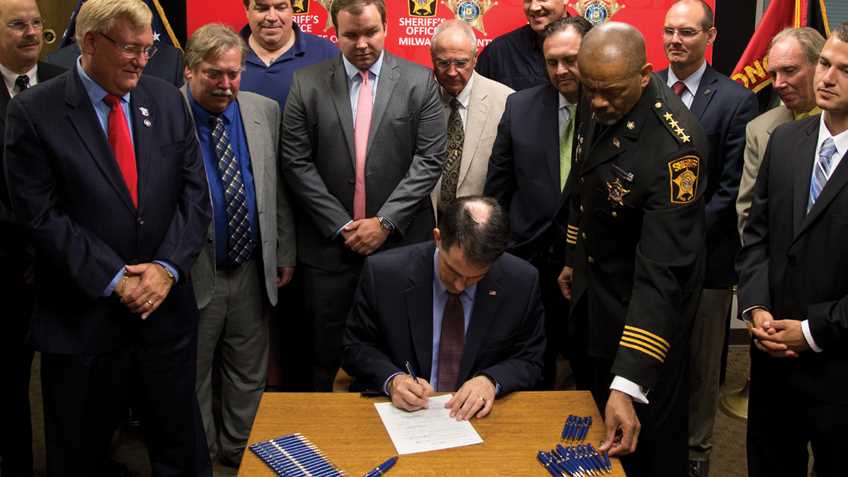 SB 35 repeals the waiting period requirement and allows a licensed firearm dealer to transfer ownership of a handgun following notice from the Wisconsin Department of Justice that the background check indicates that the purchaser is not prohibited from possessing a firearm.

The 48-Hour Rule was first enacted in Wisconsin in 1976, prior to background checks on handgun sales.  Due to the advent of instant background checks, such as the National Instant Criminal Background Check System (NICS), the 48-hour waiting period became an unnecessary time tax on both the purchaser and the dealer.

Your NRA-ILA would like to thank all legislators who voted in support of this legislation, especially SB 35 authors Senator Van Wanggaard (R-21) and Representative Romaine Quinn (R-75).  NRA also thanks members who contacted their legislators on behalf of this bill, as passage would not have been possible without your active support.

Please take the time to contact Governor Walker and thank him for signing SB 35 into law.