Reason.com: "If Congress had passed some common-sense gun safety reforms after Newtown," President Obama said during a visit to San Francisco on Friday, "we don't know if it would have prevented what happened in Charleston." Actually, we do know: Had the bill to which Obama was referring been enacted, it would not have done anything to prevent Dylann Roof from murdering nine people at Charleston's Emanuel African Methodist Episcopal Church on Wednesday night. But as is usually the case with the policies that gun controllers push in response to horrendous crimes like this one, logic is optional. 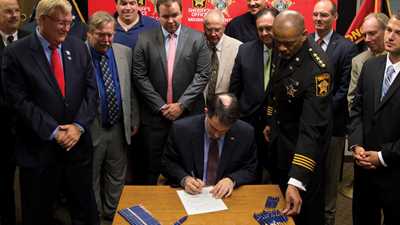