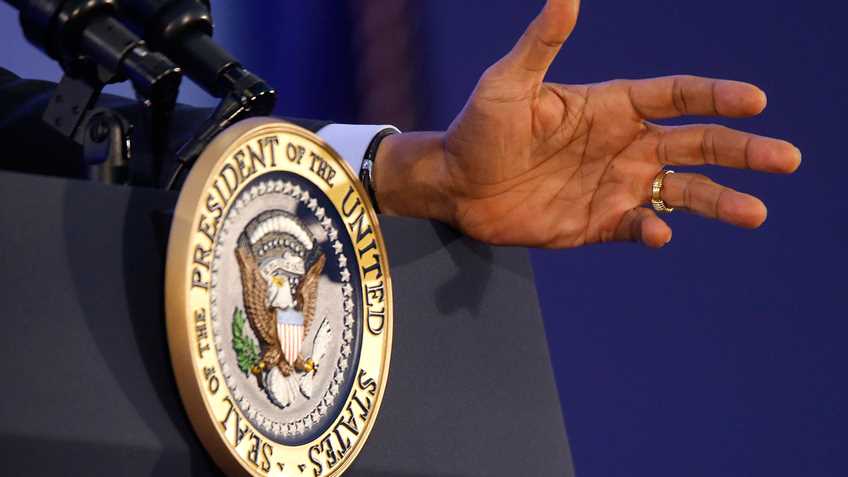 It's happening again— President Obama is using his imperial pen and telephone to curb your rights and bypass Congress through executive action.

Even as news reports have been highlighting the gun control provisions of the Administration's "Unified Agenda" of regulatory objectives (see accompanying story), the Obama State Department has been quietly moving ahead with a proposal that could censor online speech related to firearms. This latest regulatory assault, published in the June 3 issue of the Federal Register, is as much an affront to the First Amendment as it is to the Second. Your action is urgently needed to ensure that online blogs, videos, and web forums devoted to the technical aspects of firearms and ammunition do not become subject to prior review by State Department bureaucrats before they can be published.

To understand the proposal and why it's so serious, some background information is necessary.

For the past several years, the Administration has been pursuing a large-scale overhaul of the International Traffic in Arms Regulations (ITAR), which implement the federal Arms Export Control Act (AECA). The Act regulates the movement of so-called "defense articles" and "defense services" in and out of the United States. These articles and services are enumerated in a multi-part "U.S. Munitions List," which covers everything from firearms and ammunition (and related accessories) to strategic bombers. The transnational movement of any defense article or service on the Munitions List presumptively requires a license from the State Department. Producers of such articles and services, moreover, must register with the U.S. Government and pay a hefty fee for doing so.

Also regulated under ITAR are so-called "technical data" about defense articles. These include, among other things, "detailed design, development, production or manufacturing information" about firearms or ammunition. Specific examples of technical data are blueprints, drawings, photographs, plans, instructions or documentation.

In their current form, the ITAR do not (as a rule) regulate technical data that are in what the regulations call the "public domain." Essentially, this means data "which is published and which is generally accessible or available to the public" through a variety of specified means. These include "at libraries open to the public or from which the public can obtain documents." Many have read this provision to include material that is posted on publicly available websites, since most public libraries these days make Internet access available to their patrons.

The ITAR, however, were originally promulgated in the days before the Internet. Some State Department officials now insist that anything published online in a generally-accessible location has essentially been "exported," as it would be accessible to foreign nationals both in the U.S. and overseas.

With the new proposal published on June 3, the State Department claims to be "clarifying" the rules concerning "technical data" posted online or otherwise "released" into the "public domain." To the contrary, however, the proposal would institute a massive new prior restraint on free speech. This is because all such releases would require the "authorization" of the government before they occurred. The cumbersome and time-consuming process of obtaining such authorizations, moreover, would make online communication about certain technical aspects of firearms and ammunition essentially impossible.

Penalties for violations are severe and for each violation could include up to 20 years in prison and a fine of up to $1 million. Civil penalties can also be assessed. Each unauthorized "export," including to subsequent countries or foreign nationals, is also treated as a separate violation.

Gunsmiths, manufacturers, reloaders, and do-it-yourselfers could all find themselves muzzled under the rule and unable to distribute or obtain the information they rely on to conduct these activities. Prior restraints of the sort contemplated by this regulation are among the most disfavored regulations of speech under First Amendment case law.

But then, when did the U.S. Constitution ever deter Barack Obama from using whatever means are at his disposal to exert his will over the American people and suppress firearm ownership throughout the nation?

Time is of the essence! Public comment will be accepted on the proposed gag order until August 3, 2015. Comments may be submitted online at regulations.gov or via e-mail at [email protected] with the subject line, ‘‘ITAR Amendment—Revisions to Definitions; Data Transmission and Storage.''

Finally, please contact your U.S. Senators and Member of Congress. Urge them to oppose the State Department's attempt to censor online speech concerning the technical aspects of firearms and ammunition. Use the "Write Your Lawmakers" feature on our website or call the Congressional Switchboard at (202) 225-3121. 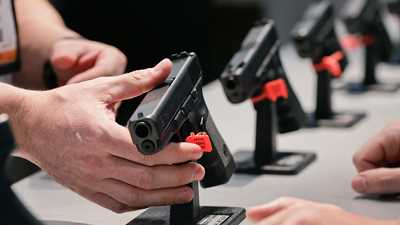