On May 18, the U.S. District Court for the District of Columbia issued an order prohibiting enforcement of provisions of D.C. law that effectively grant to the police chief the discretion to decide who may lawfully exercise the right to bear arms in public for self-defense. This follows on the heels of an earlier ruling in which the District lost the argument that the right to “bear arms” does not apply outside the home, leading to the hasty enactment of an “emergency” may-issue concealed carry licensing scheme. Such a license is the only means by which most people can lawfully carry firearms in D.C. for self-defense.  Monday’s case, Wren v. District of Columbia, made a preliminary ruling that D.C.’s policy of discretionary issuance would likely run afoul of the Second Amendment.

Under D.C.’s law, an applicant must show a “good reason to fear injury to his or her person” or “other proper reason” for the carrying of a concealed handgun. Apart from employment involving the handling or transportation of cash or other valuables, the only way to meet these requirements is to show “a special need for self-protection,” or for protection of a vulnerable family member, “distinguishable from the general community” (emphasis added). In other words, the District has established a strong legal presumption against exercise of the right that an applicant has to rebut with “evidence of specific threats or previous attacks which demonstrate a special danger” to the life of the applicant or vulnerable family member.

The upshot of these requirements is that most applications will be summarily denied, which D.C. acknowledged to the court was the point of enacting them. The court wrote, “Defendants argue that the … requirement[s] reasonably further[] its important governmental interest in reducing the number of concealed weapons in public in order to reduce the risks to other members of the public and to reduce the disproportionate use of such weapons in the commission of violent crimes.”

According to the court, however, meeting the “good” or “proper” reason requirement “does not indicate, in any way, whether that person is less likely to misuse handguns or may be less dangerous.” The court also found the requirements irrelevant to the question of whether the person would be at an increased risk of an accidental shooting or of criminal activity. “Is the Court to conclude,” Judge Frederick Scullin asked rhetorically, “that people who do not have a heightened need for self-protection are more likely to commit violent crimes?”

On the other hand, the court also found “it possible that even persons who cannot manifest a present need for self-protection are just as likely to be victims of a violent crime.”

Accordingly, the court ruled, “Defendants have failed to demonstrate that there is any relationship … between reducing the risk to other members of the public and/or violent crime and the District of Columbia's ‘good reason/’proper reason’ requirement.” Instead, “this requirement makes it impossible for the overwhelming majority of law-abiding citizens to obtain licenses to carry handguns in public for self-defense, thereby depriving them of their Second Amendment right to bear arms.”

To date, the neither the District Court nor the D.C. Court of appeals have delayed implementation of Judge Scullin’s order that prohibits both enforcement of the unconstitutional provisions and denial of applications for those who otherwise meet licensing requirements and are eligible to possess and carry firearms in the District. For now, at least, D.C. is effectively a “shall-issue” jurisdiction.

How long that situation will last is anybody’s guess, but D.C. officials have already indicated to the media that they will continue their campaign to make D.C.’s gun control laws the strictest in the nation.

In the meantime, D.C. residents have access to what the U.S. Supreme Court characterized as a right to carry firearms “in case of confrontation,” rather than a District-granted consolation prize for those who have, metaphorically, taken one for the team by enduring the first round of aggression while disarmed. 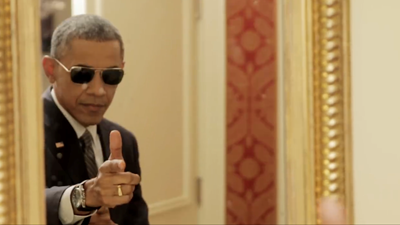