Senate Bill 941, legislation which seeks to expand background checks to private transfers, is being rushed through the Oregon Legislature and is scheduled for a final vote by the full House of Representatives on Monday, May 4th.  It is critical that Oregonians contact their state Representative with strong opposition to this bill. If enacted, SB 941 would require individuals to appear before a gun dealer to request a criminal background check prior to privately transferring a firearm, absent limited exceptions.  Transfers include, but are not limited to, sales, gifts, loans and leases.  Failure to comply with this mandate could result in stiff penalties and possible loss of an individual’s Right to Keep and Bear Arms.

Please call and email your state Representative today and urge him or her to OPPOSE Senate Bill 941.  Also, please forward this email to friends, family and fellow Second Amendment supporters in Oregon and encourage them to do the same.

SB 941, like many other gun control schemes, is a step towards the full registration of firearms.  According to a January 2013 report from the U.S. Department of Justice’s National Institute of Justice, the effectiveness of “universal background checks” depends on requiring gun registration.  In other words, this bill is unenforceable because the only way the government could fully enforce such a requirement would be to mandate the registration of all firearms in private possession -- a requirement that has been prohibited by federal law since 1986.

On Tuesday, Senate Bill 913, the ivory regulation bill, passed the Senate floor with a 19-11 vote.

As previously reported, SB 913 was introduced with the intent of curbing poaching and helping to end the illegal ivory trade.  Unfortunately, SB 913 would not accomplish its purported objective.  The bill would, however, harm those who have no part in these activities; firearm owners, sportsmen, hunters, recreational shooters and gun collectors who have legally purchased firearms (knives, jewelry, antiques and other items) that have incorporated ivory features for decades.  Nevertheless, under SB 913, the sale, offering for sale, possession with intent to sell or importation for purchase or sale of any ivory, ivory product, rhino horn and rhino horn product would be prohibited, absent limited exceptions. SB 913 has been sent to the Oregon House of Representatives for further consideration.

Please stay tuned to your email inbox and www.nraila.org for further updates on these bills as the 2015 legislative session progresses. 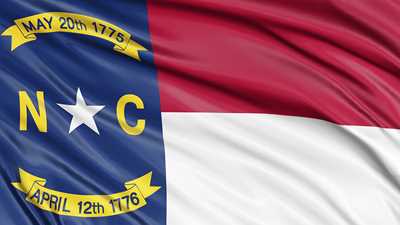