Anti-gun activists and their media collaborators are so desperate to rain on NRA’s 70,000-strong parade in Nashville, they’ve resorted to inaccurate and misleading claims about NRA banning operational firearms at the NRA Annual Meetings.

In an April 6 Facebook post, Michael Bloomberg’s Moms Demand Action (MDA) group huffed, “NRA leaders are ok with loaded guns on playgrounds and in bars and schools, but not at their own convention?”

Predictably, MSNBC and the New York Times took up the refrain before undertaking even the most basic attempts to learn the facts. On April 8 MSNBC proclaimed, “Attendees can expect to find the usual NRA fare and exhibitors at the 350,000-square-foot Music City Center, but they shouldn’t expect to find functioning weapons.” An April 10 New York Times editorial stated, “After all the N.R.A. propaganda about how ‘good guys with guns’ are needed to be on guard across American life, from elementary schools to workplaces, the weekend’s gathering of disarmed conventioneers seems the ultimate in hypocrisy.”

These reports were completely false.

NRA has absolutely no policy or prohibition that would keep our members from carrying their own operable firearms to any of our events.

Of course, we do observe applicable laws, and we require members who attend our events to do the same.

Under Tennessee law, property owners can decide for themselves whether or not to allow otherwise lawful carry on their premises. While NRA strives to ensure gun-friendly venues for its gatherings, we have only so many choices for holding events of the size and magnitude as those that occur at our Annual Meeting.

The Music City Center, the main venue for the exhibits and meetings, does not ban the otherwise lawful carrying of firearms, and attendees to our events there may carry loaded, operable firearms in accordance with the law. In other words, nobody is “disarmed.”

The venue for Saturday's concert, Bridgestone Arena, does prohibit the carrying of firearms.

The only firearms that are required to be inoperable are those exhibitors have on display at the Music City Center. Exhibitors do not stock firearms for sale or use at the NRA Annual Meeting and Exhibits. In this respect, it's more akin to an auto show than a traditional gun show. The point isn't to shoot or buy the guns onsite but to see and handle the merchants' wares in anticipation of later purchase. No one goes to the auto show, boat show, RV show, etc. expecting to pilot the merchandise around the convention floor.

MSNBC and the Times have no excuse for their shoddy reporting. Indeed, even some normally anti-gun media outlets managed to get the story straight. After the MSNBC story was published, and before the Times ran its own piece, National Public Radio published an accurate account of the rules pertaining to firearms at the NRA Annual Meeting.

Since their original publication, the MNBSC and Times stories have been “corrected” (although MSNBC refers to Tennessee’s “open-carry laws,” inaccurately suggesting that lawful concealed carry would not be an option). That seems to be what passes for modern journalistic ethics these days, a coordinated effort to publish lies and slander, with stories later “corrected” or “updated” when the damage is already done. Attendees to the upcoming Michael Bloomberg anti-gun media boot camp likely can expect to learn these and other handy tricks for “educating” the public on “gun violence.” As we’ve noted before, the bible of anti-gun messaging specifically instructs its readers: “don’t wait” for the facts when pushing a message.

In any case, actual attendees at the Nashville Annual Meeting know the true story, and tens of thousands of them will be gathering this weekend to celebrate, and exercise, their Second Amendment freedoms. 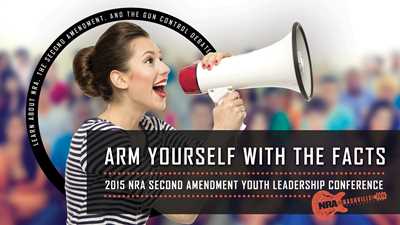