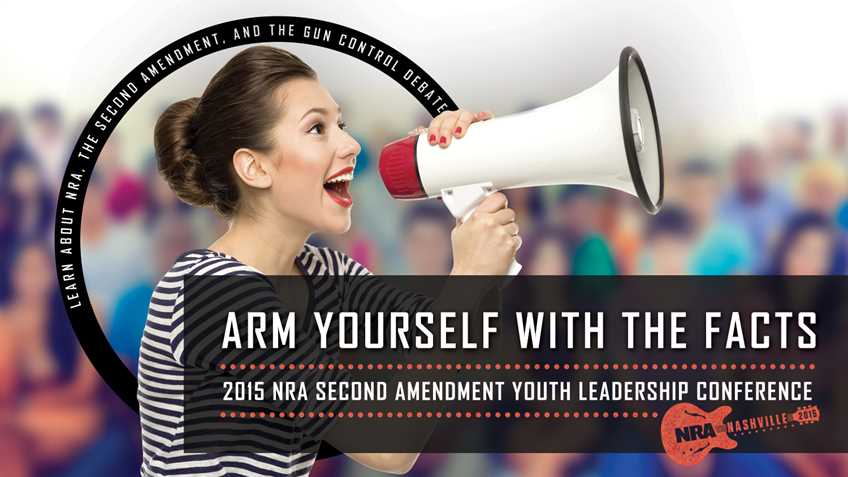 On April 10, in conjunction with NRA’s Annual Meetings in Nashville, NRA-ILA hosted the first ever Second Amendment Youth Leadership Conference.  A departure from previous Workshops, this year’s event was targeted specifically at college students, who comprised an overwhelming majority of those in attendance.

ILA Grassroots Director, Glen Caroline noted, “Our organization needs to replenish its volunteer ranks by identifying and training college students to participate in our Grassroots programs and be freedom’s foot soldiers in our campaign to protect, preserve and promote the Second Amendment.”

The Youth Leadership Conference represented NRA’s commitment to freedom’s future, highlighting NRA’s commitment to ensure its grassroots strength by mobilizing a new generation of leaders.  The importance of fuller engagement among college students was echoed in remarks by a number of guest speakers, including U.S. Representatives Marsha Blackburn and Diane Black of Tennessee, U.S. Senator Lindsey Graham (S.C.), and Mississippi Governor Phil Bryant, all of whom gave impassioned speeches about the importance of student activism in defense of the Second Amendment.

Attendees learned about the history of the NRA and the gun control debate, as well as received updates on pending federal and state legislation affecting our gun rights.  Staff discussed the various Grassroots programs in which students could participate to enhance their activism, with special emphasis on NRA University, which is tailored to their age demographic.

Caroline concluded, “This year’s inaugural Second Amendment Youth Leadership Conference was truly encouraging. It was fantastic to meet so many students who share NRA’s commitment to the Second Amendment.  I am already looking forward to next year’s event!”

For more information on NRA's Annual Meetings & Exhibits and this weekend's events, please be sure to visit www.NRAAM.org.

Mother Jones Sells Out Once Again