Thanks to the BATFE's plan to ban M855 ammunition, affordable rounds for the AR-15 may have been hard to come by over the last week, but there sure wasn't a shortage of hogwash being thrown around by gun control supporters.

On Fox News' "America's Newsroom," former Obama campaigner Marjorie Clifton claimed that M855 ammunition "has been used in every mass shooting we've had in the country over past years." That is absolutely untrue. Most of these events have not involved firearms even capable of using that round.

On Fox News' "America's Newsroom," former Obama campaigner Marjorie Clifton claimed that M855 ammunition "has been used in every mass shooting we've had in the country over past years." Whether she lied deliberately or misspoke as a consequence of being excited about being on TV, we leave to readers to decide. However, we'll explain Clifton's error with the brevity it is due: That is absolutely untrue. Most of these events have not involved firearms even capable of using that round.

Meanwhile, on the Huffington Post website, handgun and AR-15 prohibition advocate Josh Sugarmann took advantage of the M855 debate to regurgitate his perennial claims about trends in gun ownership and firearm marketing.

Sounding like the broken record he has become over the years, Sugarmann said, "The gun industry is constantly engaged in efforts to create new product lines to sell to a shrinking customer base." AR-15-type handguns, he said, are a "new generation of pistols," introduced to fill the firearm industry's "need to create militarized market categories in the face of declining household gun ownership." The "new" handguns constitute a "new threat" to law enforcement officers, Sugarmann added, echoing the claim made by the BATFE in its Framework proposing to ban M855 as "armor piercing ammunition."

We reckon it all comes down to how you define "new" and "threat." The truth is semi-automatic handguns that can fire the M855 cartridge have existed for over 30 years. Moreover, for the 38 years that the FBI has reported the caliber of handguns used to kill law enforcement officers, no law enforcement officer has been killed with a handgun capable of using M885.

Washington Post blogger Christopher Ingraham also pushed the "more guns, fewer gun owners" narrative, pointing out that gun production has increased, but concluding that "all those newly-manufactured guns going" are "being added to the stockpiles of people who already own guns."

However, Sugarmann and Ingraham may not want to wrap their wrists, champagne glasses in hand, just yet. While it's true that household gun ownership, as measured by Gallup polls, declined from 51 percent to 34 percent during the Clinton administration, that "decline" took place while Clinton was pushing for the Brady bill, the "assault weapon" and "large" magazine ban, and restrictions on firearm dealers. As Gallup itself noted, in a 2011 survey which found self-reported gun ownership at its highest level since 1993, the earlier decline might have been due to a temporary "cultural shift in Americans' willingness to say they had guns."

Furthermore, while gun control supporters want the public to believe that the same half dozen or so folks have been responsible for every one of the 130 million or so new guns bought in this country over the last 20 years, the fact is that the U.S. population has increased by about 50 million during that period, and support for gun ownership is strong among young Americans. A recent Pew Research Center poll found that between January 2013 and December 2014, support for gun rights increased more among Americans ages 18-29 than among Americans ages 30-49.

Of course, Clifton, Sugarmann, and others who support the BATFE's proposed M855 ammunition ban would like gun owners to be distracted by their nonsense, rather than to focus on the immediate mission at hand: Conveying to the BATFE your opposition to its proposed ban via email at [email protected], and contacting your members of Congress to encourage them to stop the ban and eventually rewrite the law to prevent its abuse in the future. 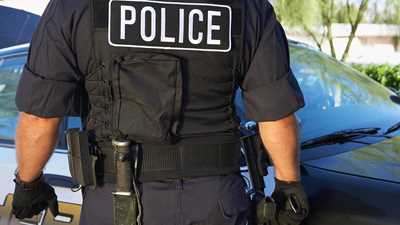