Continue the March to Victory

Incredibly, gun control supporters are still claiming that crime rises as Americans continue to acquire guns, and that gun violence has grown to “epidemic” proportions.

In reality, just the opposite is true. Since its all-time high in 1980, the nation’s homicide rate has been cut by more than half, to what may be an all-time low, as the number of guns owned by the American people has more than doubled to an all-time high.

I know this isn’t news to you. I bring up the opposite trends in gun ownership and violent crime to make the point that they didn’t happen overnight. Americans bought their nearly 200 million additional guns at a rate of several million a year, during a span of more than 30 years. Over almost as long a period, courts got tougher and law enforcement agencies got smarter, with both sides keeping the pressure on to help bring crime down to today’s levels.

Some of our most important victories have taken time as well. When NRA formed the Institute for Legislative Action in 1975, only six states, accounting for 6 percent of the nation’s population, had right-to-carry laws. Today, it’s 42 states and 74 percent. Some years we got right-to-carry adopted in one state, sometimes in more than one, and sometimes none. NRA members just kept plugging away until we got the job done, just as we’ll keep plugging away until fair carry laws are in place in all 50 states.

At the same time that those right-to-carry laws were being passed, Don Kates, Stephen Halbrook and other constitutional scholars were publishing the results of their research, showing that anti-gun groups, the American Bar Association, and a few 20th Century courts were wrong in claiming that the Second Amendment didn’t protect an individual right. Those scholars’ efforts, which began in the late 1980s, didn’t yield immediate results. The Supreme Court’s decisions in the Heller and McDonaldcases, striking down Washington, D.C.’s, and Chicago’s handgun bans on the grounds that they infringed a fundamental, individual right to keep and bear handguns for protection and other lawful purposes, took two decades to achieve.

Gun control supporters, as well, know that some things take time. Last summer, Rolling Stonemagazine said that anti-gunners could “start carrying the day” if they would “commit to a generation-long battle.”

Gun control supporters might want to look elsewhere for advice, however. For one thing, Rolling Stonedoesn’t know much about guns. At the same time it told gun control supporters to adopt a long-term strategy, it laughably claimed that the “five most dangerous guns in America” were pistols, revolvers, derringers, rifles and shotguns.

More importantly, though, the evidence continues to mount that gun control supporters’ near-religious belief in the inevitability of their eventual victory borders on fantasy. The louder, more disingenuous, and more hysterical their rhetoric has become, the less that the American people have listened to them.

In December, the Pew Research Center for the People and the Press released polling data showing that support for gun rights has grown since President Barack Obama, former New York City Mayor Michael Bloomberg and Bloomberg’s proxies began their joint campaign for mandatory background checks on private sales, trades and gifts of firearms as a step toward national gun registration. Most Americans now believe that it’s more important to protect the right to bear arms, than to restrict it, and most believe that gun ownership does more to protect people than to put them at risk.

All of this tells us that America and the Second Amendment will have a bright future, if we keep the faith and stay on course. Going forward, we will have significant victories and occasional setbacks. But with every NRA member committed to the fight, and with help from above, we will defeat our opponents and end their desperate attempt to render the American people unable to defend their lives and liberty. 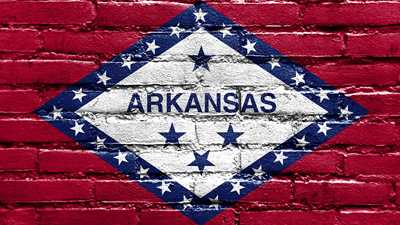