Yesterday afternoon, Senate Bill 347 unanimously passed through the Senate Judiciary Committee with a committee substitute that made a technical change and eliminated language that was not critical to the constitutional carry effort.

As previously reported, this permitless carry legislation, introduced by state Senator Dave Sypolt (R-14), would recognize your right to legally carry a concealed firearm without the burdensome requirement of having to obtain a costly and time-restrictive Concealed Handgun License (CHL).  This is a necessary update to concealed carry statutes in West Virginia, allowing law-abiding gun owners the ability to protect themselves and their loved ones.  In West Virginia, it is already legal to carry a firearm openly, as long as the individual is not prohibited by law from possessing a firearm.  However, under current law, if a firearm becomes covered by a coat or if a woman prefers to carry a firearm for self-protection in her purse, he or she would need to possess a concealed pistol permit.

SB 347 gives you the freedom to choose the best method of carrying, based on your attire, gender and/or physical attributes.  Also critically important, this legislation would keep in place the current permitting system so that people who obtain a permit could still enjoy the reciprocity agreements that West Virginia has with other states across the country.

This NRA-backed bill stands to benefit law-abiding gun owners throughout West Virginia.  Thank you for contacting the members of the Senate Judiciary Committee with your support and help in seeing this through a crucial first step.

SB 347 will be up for a vote on the floor of the Senate this week.  Please contact your state Senator and urge him or her to SUPPORT Senate Bill 347. 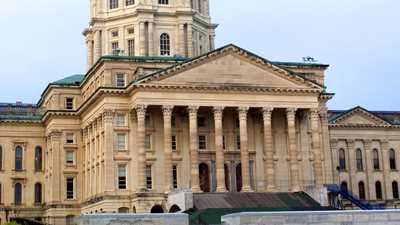